The new Amazon Fire smartphone doesn't measure up against its competitors and "traps" its users in the Amazon ecosystem, according to a new review by Consumer Reports.

While the Fire, which wants to be the ultimate shopping phone, taps into all Amazon has to offer, other phones can provide most of those benefits, Mike Gikas, an editor at Consumer Reports, said Thursday on CNBC's "Power Lunch."

Instead, users are "trapped in Amazon's retail world." 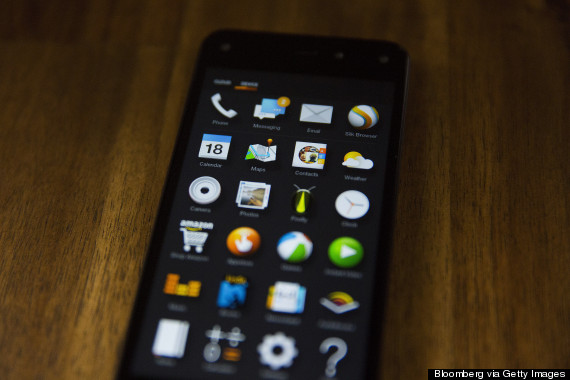 "What happens with the Fire is that it's locked out of Google's Play app store, which prevents people from downloading very popular Google apps" like Gmail, Google Maps and the search tool Google Now, Gikas said. "These apps work together in a very interesting and compelling way that a lot of people like."

More from CNBC:
- This could be what the new iPhone 6 will look like
- Facebook anger: Users slam Messenger app
- Not so smart? Bank deposits by phone

That said, the Fire isn't "awful" or necessarily doing anything wrong, he noted.

However, when you tally up the test results and compare them to the 100 other smartphones the magazine tested, the Fire "didn't add up to a high enough score."

One issue was that its battery life is much shorter than its rivals. The phone provides about 10 hours of talk time, compared with other phones that can go close to 20 hours or more, Gikas said.

He thinks a better smartphone is the new LG G3 phone. He likes its ultra-sharp HD display, the battery life and camera. He also said its interface is simpler and smarter.

"These are the things that people who use smartphones appreciate," Gikas said.