Amazon has been in the news lately for its tough negotiation tactics, refusing to accept presale orders for certain books from the publisher Hachette as well as some new DVDs and Blu-rays from Warner Bros. as it attempts to get more favorable contract terms with both companies.

This isn't out of character for Amazon. In fact, the mammoth online retailer has a history of playing rough with suppliers. Take the case of Wüsthof, the maker of fancy German knives, whose relationship with Amazon ended in broken promises and threats. Amazon was once the largest U.S. online retailer of Wüsthof knives. Now, Wüsthof won't even do business with it.

Here's why, according to Brad Stone's 2013 book The Everything Store: Jeff Bezos and the Age of Amazon (which, as it happens, is published by a division of Hachette).

Amazon once bought a lot of knives from Wüsthof, a 200-year-old German company, writes Stone. But in 2006, Wüsthof thought the relationship was no longer worth it, and stopped selling to Amazon.

The problem was that Amazon was selling the knives for below what's called Minimum Advertised Price, or MAP. MAP, Stone explains, requires brick-and-mortar retailers not to go below a certain price in their ads, and requires online stores like Amazon not to post prices lower than those on its product pages.

As Stone writes in The Everything Store, "Wüsthof felt it needed MAP to defend the value of its brand and protect the small independent knife shops that were responsible for about a quarter of the company's sales and were not capable of matching such discounts." 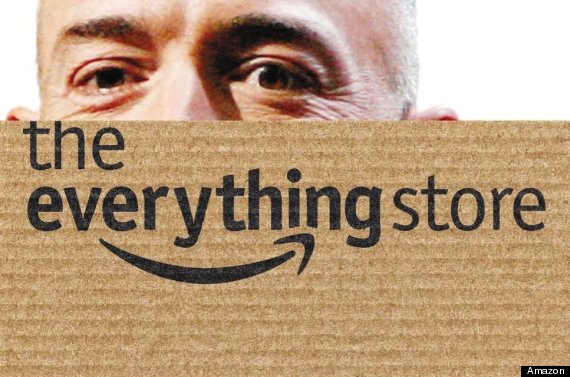 After a few years of selling Wüsthof knives, Amazon stopped adhering to the company's MAP, instead discounting the knives heavily. So Wüsthof decided to stop supplying Amazon.

"It was painful for us," René Arnold, then the company's CFO, told Stone. "Those were lost sales, at least in the short term."

Three years later, in 2009, Amazon promised it would play nice with Wüsthof and adhere to the company's MAP. So the knife-maker resumed selling to Amazon.

But once again, Amazon went below MAP.

From The Everything Store:

René Arnold, the CFO, was overwhelmed with complaints from his other retailer partners, whose prices remained 10 percent higher. These small shop owners either lost sales to Amazon or were forced by their customers to match Amazon's price. In their angry calls to Arnold, they threatened to lower their retail prices as well, and now it was easy for Arnold and his colleagues to envision a day when all these retailers would start demanding lower wholesale prices on Wüsthof knives, cutting into the company's profit margins. The economics of its traditional-manufacturing operating in Germany would no longer make sense.

Amazon said it was simply matching the prices of its third-party sellers -- retailers from which you can buy products on Amazon's website, but which aren't actually part of Amazon. The problem was that some of those third-party merchants weren't authorized Wüsthof sellers. Some could even have been selling stolen knives.

So in 2011, Stone writes, Wüsthof again cut ties with Amazon and stopped selling its knives to the huge retailer.

But it didn't end there.

Amazon representatives, according to Stone, not only said that they'd continue to sell Wüsthof knives through other distributors, but also said they'd show advertisements for competing knife companies when a customer searched Amazon for Wüsthof knives.

Wüsthof to this day refuses to sell to Amazon, though you can still find its products on Amazon through third-party sellers.

"We couldn't control our relationship with Amazon.com," Arnold, now the CEO of Wüsthof Trident of America, told The Huffington Post last week. "We have a very strict MAP policy. They couldn't care less about this."

Retailers and vendors constantly tussle over prices. Typically, retailers try to negotiate lower prices from vendors so they can, in turn, have the lowest prices in the market. Walmart is legendary for this.

Amazon, for its part, says it's just trying to get the lowest prices for consumers. But the company has incredibly thin profit margins -- less than one cent for every dollar of revenue, according to Bloomberg. Amazon, whose stock is down 18 percent this year, is under intense pressure from shareholders to make more money.

"When we negotiate with suppliers, we are doing so on behalf of customers," Amazon said in a statement last month about its standoff with Hachette. "Negotiating for acceptable terms is an essential business practice that is critical to keeping service and value high for customers in the medium and long term."

A spokesperson from Amazon would not comment on the company's relationships with Hachette or Wüsthof beyond that statement.