This entry has been updated. Scroll down for photos.

At a press event in New York City on Wednesday, Amazon CEO Jeff Bezos took the wraps off the company's tablet offering.

The Kindle Fire will sell for $199, will run a modified version of Google's Android operating system, will feature a 7-inch display and will be deeply integrated with Amazon's cloud storage system and its massive online content library of books, music and more. According to AllThingsD's live blog of the event, pre-orders open for the Fire on September 28; devices will ship November 15.

Ahead of the official announcement, Bezos gave Bloomberg Businessweek some of the details about the tailor-made OS and the content that will be available on the Fire.

"Amazon has painted over the rough surfaces of Google's Android operating system with a fresh and easy-to-use interface and tied the device closely to its own large and growing content library," Bloomberg explains, based on a briefing from Bezos. "Kindle Fire owners can watch the film Rio, scroll through magazines such as The New Yorker or Esquire, and access their music collection on Amazon's servers."

The device will also run a custom-built "split browser” called Amazon Silk, which "accelerates the power of the mobile device hardware by using the computing speed and power of the Amazon Web Services Cloud," according to a statement provided by Amazon.

"The Silk browser software resides both on Kindle Fire and on the massive server fleet that comprises the Amazon Elastic Compute Cloud (Amazon EC2)," Amazon's statement also reads. "With each page request, Silk dynamically determines a division of labor between the mobile hardware and Amazon EC2 (i.e. which browser sub-components run where) that takes into consideration factors like network conditions, page complexity, and cached content."

GDGT's Ryan Block notes that the WiFi-only Kindle Fire is merely a "stopgap" product, hence its pre-holiday release. Writes Block, "[M]y sources tell me the second-gen Kindle tablet [...] will be out in Q1 of 2012 -- yes, that soon."

Check out our live blog from Amazon's event to see what else the company announced on Wednesday. You can also check out photos of the new Kindles (here).

Take a look at photos of the Kindle Fire (below). 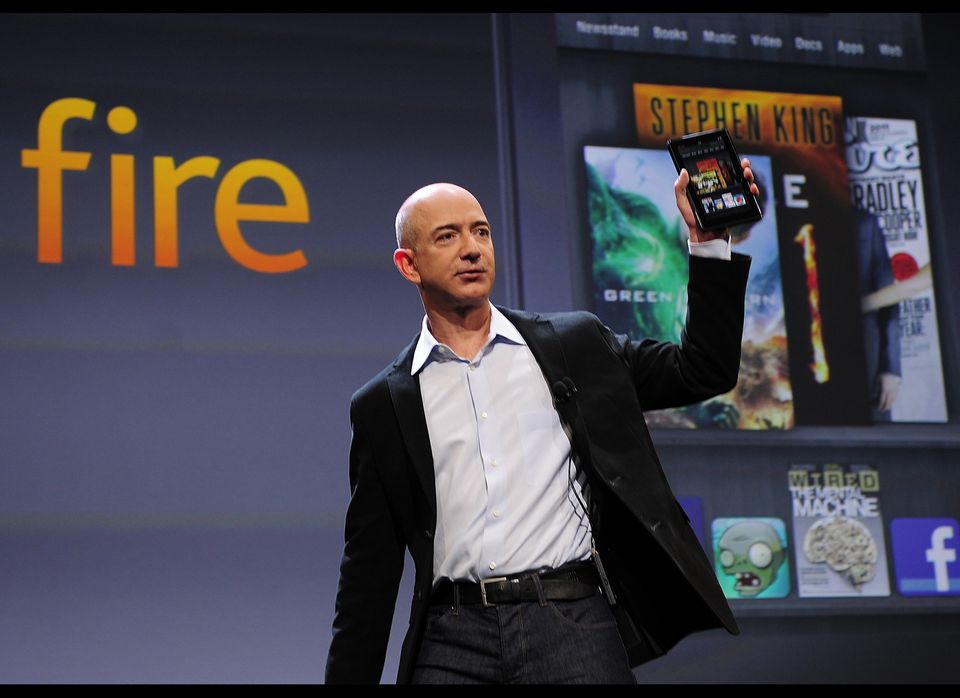