Amazon is about to make it even harder for book-lovers to quit Amazon by unveiling a new service that the company clearly hopes will become the Netflix of books.

Gigaom reported Wednesday that the online retailer appears to be testing a new e-book and audiobook subscription service called "Kindle Unlimited" in the U.S. The service will cost $9.99 a month -- making it more expensive than Amazon Prime, which costs $99 a year, or $8.25 a month -- and will offer unlimited access to more than 600,000 titles and 7,000 audiobooks.

Users on Kindle Boards, a forum for Kindle users, posted about the service early Wednesday. Amazon pages related to Kindle Unlimited have since been pulled down, but Gigaom found a version of the page available through Google Cache. 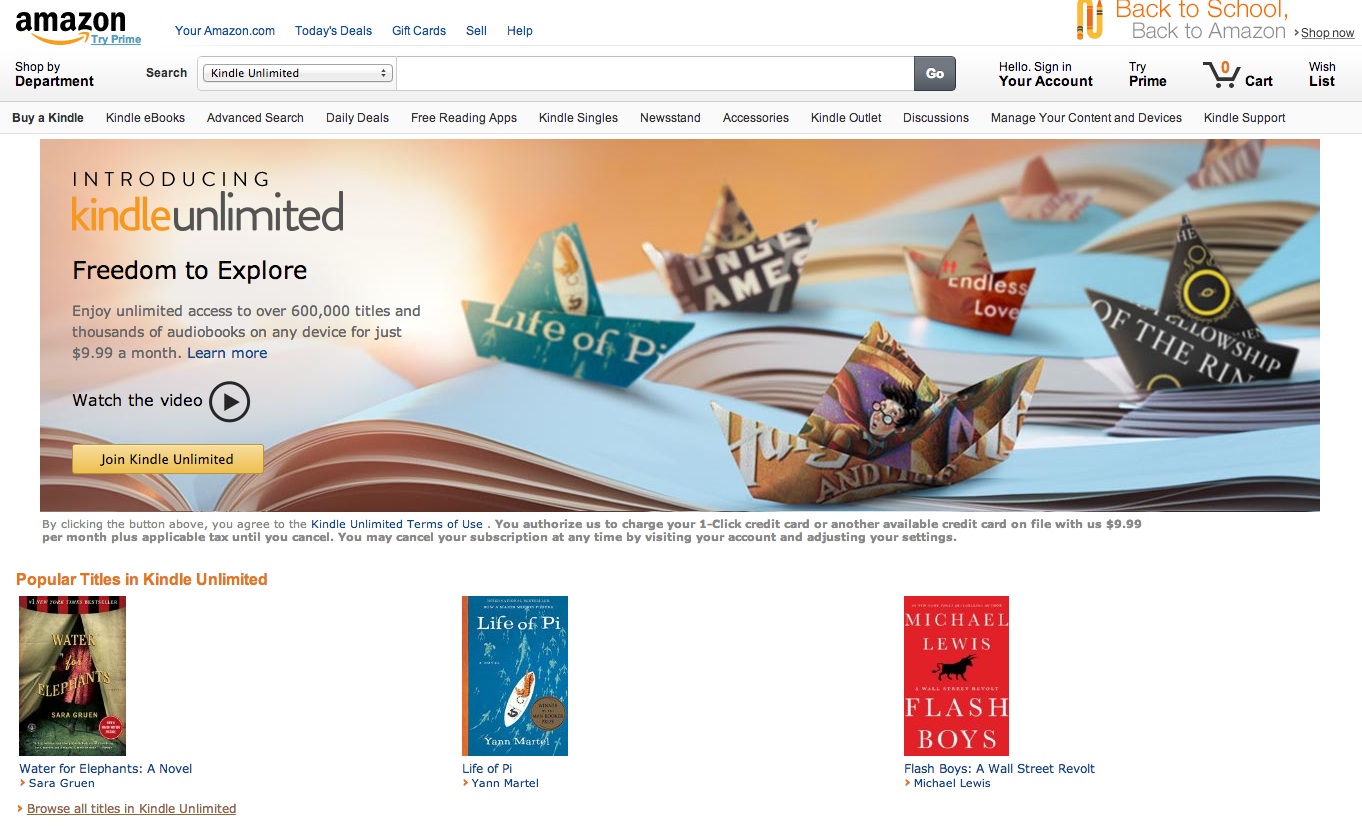 A screenshot of the Kindle Unlimited page, archived in Google Cache.

There is one page that is still active online: "KU Test." The page boasts nearly 650,000 titles, including many available through Amazon's Kindle Owners Lending Library, an Amazon Prime service that lets members borrow one free e-book per month.

Amazon appears to be preparing to challenge existing e-book subscription services like Oyster Books -- which was billed as "Netflix for books" when it launched -- and Scribd. Oyster Books has a library of more than 500,000 titles available for $9.95 per month, while Scribd offers more than 400,000 titles for $8.99 a month. Both services received a huge boost earlier this year when major publisher Simon & Schuster made its titles available to Scribd and Oyster subscribers.

But unlike Oyster and Scribd, Amazon's service also appears to offer more than 7,000 audiobook titles. Critics of Amazon have argued the company holds a monopoly of sorts over the audiobook markets. Amazon bought leading audio entertainment producer Audible in 2008, which boasts the world's largest catalog of audio books.

Given Amazon's existing relationships with major book publishers, not to mention its well-documented ability to find its way into better deals with authors, publishers and retailers, the company's new service should make competitors nervous.