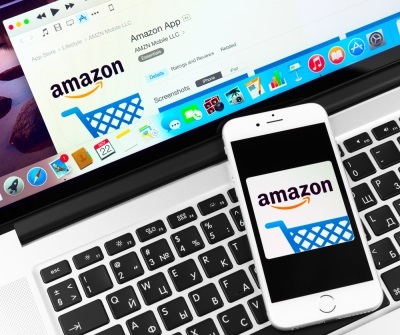 Amazon is turning 20 next week, and to celebrate this landmark event the online retailer is offering a huge sale under the name of Prime Day. The July 15 sales event will feature giveaways and discounts steep enough to rival those of Black Friday.

With the right information, shoppers interested in taking advantage of Amazon Prime Day 2015 deals can get their money-saving strategies in place.

Prime Day Deals will start rolling in on Wednesday, July 15 at 12 a.m., and new deals will begin as often as every 10 minutes. The Prime Day deals will include seven "Deals of the Day" as well as thousands of "Lightning Deals," and purchases will come with unlimited free and fast shipping.

The catch: Shoppers must have an Amazon Prime membership to take advantage of these deals. For $99 a year, Prime members usually get access to unlimited free two-day shipping, as well as access to free movies and TV shows to stream on Prime Instant Video, among other benefits.

But if you don't have a membership, you can still sign up for a 30-day free trial of the service to buy Prime Day deals.

Prime Day deals will be offered across different categories, including "electronics, toys, movies, clothing, patio, lawn and garden, sports and outdoor items and more," said Amazon. The company also said shoppers will find deals on items to meet every need, from back-to-school shopping to family road trips. Marking down everyday items makes sense, as this is the category of items Prime members shop for the most.

But Prime Day will also offer opportunities to make bigger one-time purchases. If it's going to live up to the promise of comparing itself to Black Friday, then Amazon will probably provide discounts that will mimic the savings offered on the day after Thanksgiving. Big-ticket electronics like TVs, laptops, tablets, Apple-brand items and video game consoles are some of the items marked down the most on Black Friday. It's likely that Amazon is planning to offer Prime Day deals on these types of electronics as well.

Amazon is also offering a few giveaways on Prime Day to entice members to try out different features, primarily its Prime Photo and Prime Music services.

The #PrimeLiving Photo Contest invites members to share a photo showing "how Prime helps enable some of their happy moments" through July 15. A winner in each Prime-eligible country -- U.S., U.K., Spain, Japan, Italy, Germany, France, Canada and Austria -- will be selected to receive $10,000 in Amazon gift cards and have the option to set the winning photo as a screen saver on Amazon Fire TVs.

Amazon's other giveaway is being offered through Prime Music. Subscribers can play any song, playlist, album or station on July 15 to enter to win up to $25,000 in Amazon gift cards.

Related: 25 Ways to Save Money on Amazon

Amazon Aims to Broaden Customer Base With Prime Day

Of course, Amazon's Prime Day fits nicely into its revenue plans. Offering a mega-sale will entice new and casual customers to try Amazon Prime, even if it's just as a trial to access Prime Day deals. If a small portion of those trial members convert to paying Amazon Prime customers, this will be a win for Amazon -- and not just because of the $99-per-year revenue.

In addition to the annual cost, Prime customers are central to Amazon's business. They shop far more often on the site and spend more than other customers. On average, Prime members spend about $1,500 a year while non-members spend about $625, according to a survey from Consumer Intelligence Research Partners.

And if Amazon can grow its Prime membership it can get ahead of up-and-coming competitors. Walmart announced it was offering a $50-a-year free shipping program called Shipping Pass to rival Prime, and eBay is also testing an all-you-can-ship option.

There's also a new service called Jet.com that functions as an online shopping club. It charges a flat $50 per-year fee for access to discounted prices, which The Motley Fool reports are 5 to 6 percent lower than anywhere online.

By getting shoppers to commit to Prime, Amazon will ensure that it continues to be the go-to online retailer for shoppers' everyday needs.