Cartoons today aren't like they used to be, and maybe that's a good thing.

BBC reports that Amazon Prime is accompanying "Tom and Jerry" with a cautionary statement about depictions of racism. 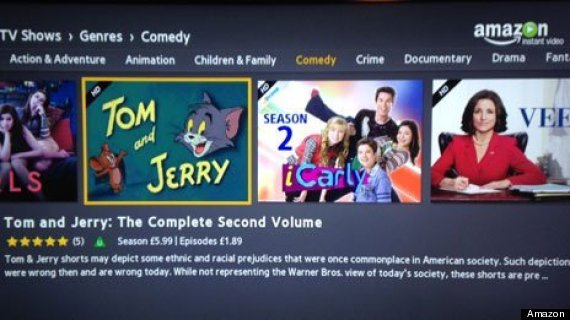 In a screenshot above, "Tom and Jerry: The Complete Second Volume" is given the following warning:

"Tom & Jerry" shorts may depict some ethnic and racial prejudices that were once commonplace in American society. Such depictions were wrong then and are wrong today.

A similar warning can be seen on DVD releases put out by Warner Bros. and on iTunes.

The decision to include the warning definitely ruffled some feathers, with fans on Twitter lamenting the political correctness of the situation. One fan called it "Political correctness gone mad." Another added, "So, Tom is basically a racist, sexist, chain-smoking cat. COME ON."

The cartoon has come under fire in the past for depictions of blackface and appearances by the maid, Mammy Two Shoes.

"Tom and Jerry" has addressed this racial controversy before, even adding an intro by Whoopi Goldberg on "Tom And Jerry Spotlight Collection: Volume 2." In it, Goldberg explains why the cartoons contained the humor that they do and why some material that could be considered offensive was left in:

The "Tom and Jerry" franchise has been around for more than 70 years, won several Academy Awards for its short films and has been remade and relaunched numerous times on TV since it first debuted.

UPDATE: This article has been updated to include additional sources where similar warnings can be found.

If Cartoons Were Real