A new Amazon special called Melody 1963: Love Has To Win reminds us that with issues as all-important as human dignity, a simple morality play still has a valuable place.

Melody 1963, which begins streaming Friday on Amazon Prime, tells the story of a 10-year-old Detroit girl who has just been slapped with the ugly truth that a hundred years after the Emancipation Proclamation, much of America still didn't want to give black folks equal opportunity. 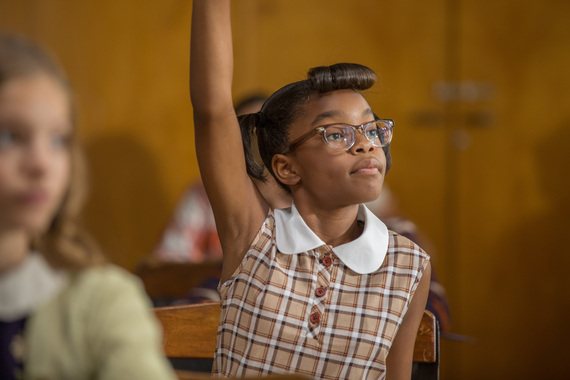 The year is 1963 and Melody (Marsai Martin) (above) is smart and cheerful. She loves the music of Motown, particularly Mary Wells, and she'd like to grow up to be a Vandella. 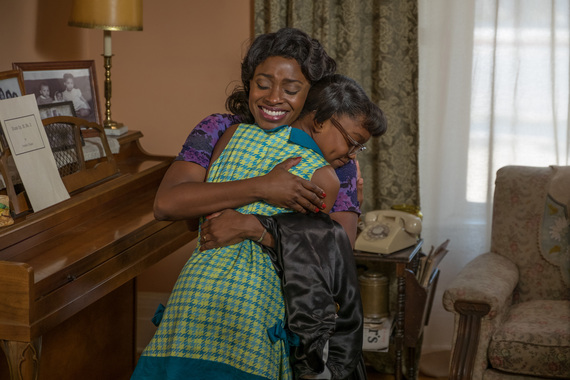 Her mother Frances (Idara Victor) (above) has raised Melody to believe she can be anything she wants to be, even though Frances had to shelve her own dream of becoming a concert pianist because orchestras didn't hire black piano players.

Instead Frances has a low-level cleaning job where she has to act like grateful household help so she doesn't anger her snappish boss. Victory is assuring Melody that after just a few more paychecks, they can afford to buy a television set. 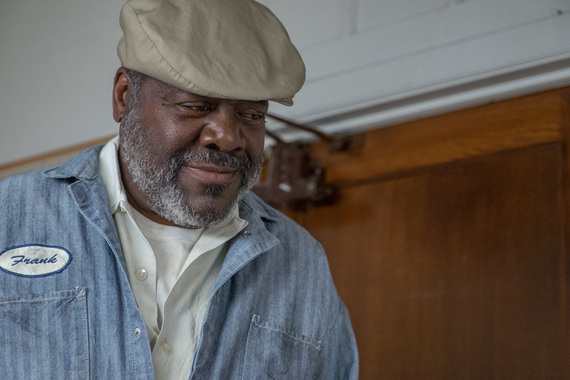 Frances and Melody live with their father/grandfather Frank (Frankie Faison) (above), who thinks it's past time that Melody learned how the world really works - that her options are severely limited and she needs to start developing a hard shell just to get through day-to-day life.

Frank's point is already taking root with Melody when they hear about the Birmingham church bombing in which four young girls were killed by a white supremacist.

Melody is also just starting a new school year in a mostly white school where her mother thinks she will have better opportunities to learn. Their neighborhood school, it seems, doesn't even have enough books or desks. 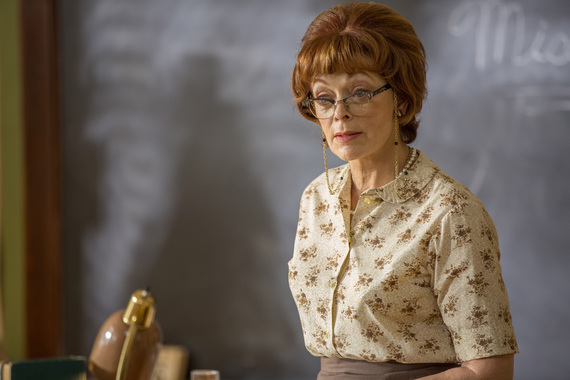 Early in the semester, Melody challenges her teacher Miss Abbot (Frances Fisher) (above) on whether the Pledge of Allegiance is a lie because its promise of equality is hollow. Melody gets insistent enough that Miss Abbot sends her to the principal, who suspends her for several days.

On top of this, Melody also realizes how isolated she is from the white students around her. A small gang of boy bullies tries to intimidate her, telling her she's not wanted, while other pupils just ignore her. The one girl who reaches out is rebuked by her white friends.

Fortunately, the special ends on an upturn, with a glimmer of enlightenment in this dark tunnel. It's not a declaration of victory, more a suggestion of what could be possible.

In the end, Melody 1963 paints a compressed picture of race relations, using its characters to represent stereotypes both good and bad.

It should also be noted that the special was produced in conjunction with American Girl dolls. The doll presence in the show is subtle, referenced in one scene where Melody walks around a store and silently realizes that in 1963, none of the dolls looked like her.

Over the last couple of decades, we've had a lot of rich, nuanced stories of 1960s civil rights battles. 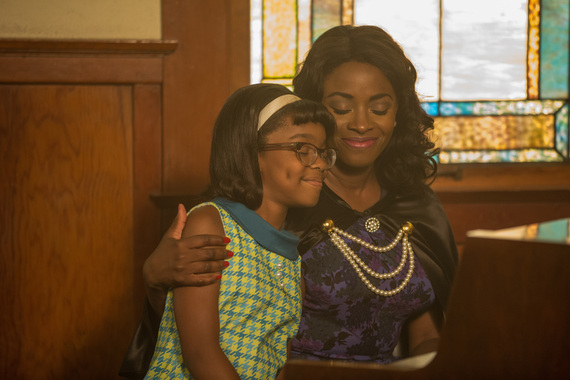 Melody 1963 isn't one of those, nor does it aspire to be. It's more like a clear and direct introductory-level course on why the civil rights movement was necessary in the first place - because of all the good, decent, ordinary people like Frank, Frances and Melody who were degraded and denied simply because of their skin color.

The greatest value of Melody 1963 is for the young, who should know this lesson because the issues still resonate today. On our good days, we're working on them.