The first time I met Ambassador Gianna Angelopoulos, author of the New York Times and Wall Street Journal best seller, My Greek Drama, was at her book presentation in New York organized by the National Hellenic Student Association. There, she inspired us all with her achievements and announced scholarships for the students. Mrs. Angelopoulos was the driving force behind the successful Athens 2004 Olympic Games, where she led both the bidding and the organizing committees that delivered the historic Games in its birth city. My Greek Drama is a book about her personal life and lessons learned from her own journey; a journey that is derived from her love for her country and the constant pursuit for excellence. 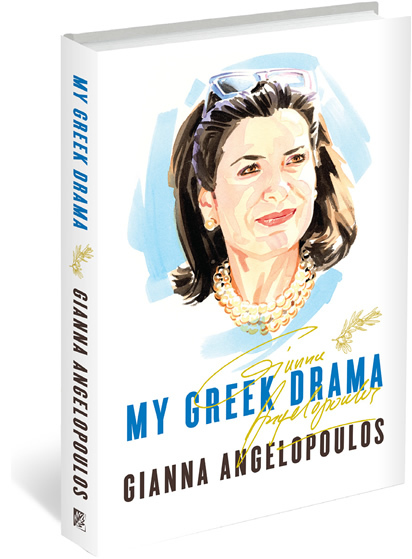 Though people of such accomplishment can often be aloof or detached, I was surprised by her disarming immediacy when I answered the phone. "Good afternoon Anastasia, it's Gianna!" (Spoiler alert: her book's title in Greece will be her first name, Gianna.) By the time we wrapped up, my head was buzzing with the inspirational advice I heard from this successful woman and great leader.

Why did you write My Greek Drama?

Ambassador Gianna Angelopoulos: [I wrote the book] because I wanted to show to people in Greece and outside of Greece the power of the 'can-do' attitude. The inspiration came very early in my life. My father said, when a friend was teasing him that he doesn't have a son, "I don't need a son, I have Gianna." He taught me a very valuable lesson. In Crete, in the pre-computer years and the pre-voting women right, [he told me]: "You can go after any goal that you have, any dream, you can do anything that you want in life, like any man." And that was a lesson I followed in all my life.

Where do you draw inspiration and strength from?

Ambassador Gianna Angelopoulos: One role model for me is the Greek people in the years before the Olympic Games in Athens. They showed the world that they could deliver the Olympic Games in four years instead of seven. They showed to the world a brand new country, a modern country, with a 'can-do' attitude, which could cut through the bureaucracy and deliver on time. That was my role model and that's why I wrote my book: to show a different Greece; not the Greece of the crisis, but the Greece of the 'can-do'.

What are your lessons from your political career?

Ambassador Gianna Angelopoulos:I never walked away from any challenge. [With regards to politics] We all share the same problems, no matter which political party we support. I asked people to trust me because I was not a 'show-horse', but a 'work-horse'. People saw me as a young mother who wanted to change the city around her (Athens, Greece); a young lawyer who cared to distribute basil seeds as a symbol of hope and life with new beginnings (note for the reader: as part of her first marketing political campaign for City Counselor, she distributed basil seeds to the Athenians). And then when people gave me their trust, and their votes, I made sure I worked every day to improve the city in which they lived, the schools to which they sent their children, everything about their lives.

What would be your comments on political accountability and change?

Ambassador Gianna Angelopoulos: One of the reasons I wrote my book now is because I was waiting to see if the lessons from preparing the Games and delivering a flawless and successful event were learned. If these lessons had been learned, they should have been put in place by politicians. The Greeks made an unbelievable effort, not just for the Olympics but for their own lives beyond the Games. Greeks were ready to find their own role and discover their own power in achieving a future that was worthy of their effort, their abilities and their talent. The politicians dropped the baton and they even tried to erase the memory; they went back to business as usual. This is irrational. Leadership needs to be done by example in order to inspire and motivate people and bring out the best of them.

What were the Olympic Games in Athens for Greece?

Ambassador Gianna Angelopoulos:The truth is that the Olympics were a case study, a blueprint for Greece to follow the days after the Olympics. The Olympics were a starting point for Greece to march into the future. To move forward as a new Greece, a modern country that had overcome bureaucracy, delivered on time and in a disciplined new way. The Greek people were ready to think what they could do for their country and not what their country can do for them. An army of hundreds of thousands of volunteers were ready to continue their service. I was a passionate patriot who believed in our strength and our abilities and I passed this passion to hundreds of people to do the same thing for their own country. I still believe this spirit can be recaptured.

How do you invest in the future and have a social impact?

Ambassador Gianna Angelopoulos:I am inspired by the young people and their strong will. I invest in young people that have feasible projects for Greece. I sponsor them to attend the Clinton Global Initiative University and interact with other young people from around the world, so that they go back to Greece and implement their projects. This is a pilot program that started this past February and people responded in an enthusiastic way. As part of a social impact initiative, this program seeks young people that are like I was. I didn't have any support, any sponsors, I didn't belong to any political family or wealthy family at the time, and I had to do it on my own. Like me, people who start with nothing and they achieve a lot, so I invest in the youth and in renewable resources around the world. I do not need the title of a politician to do something for my country. Everybody can support the leaders of tomorrow.

Ambassador Gianna Angelopoulos: The Angelopoulos Global Public Leaders Program seeks to make sure that when democratically-elected leaders leave office, the lessons from their service aren't lost. So I have started a program that is co-sponsored by Harvard University and the Clinton Global Initiative to have leaders whose public service is done to be in residence at the Harvard Kennedy School of government. Felipe Calderon, the former President of Mexico, is our first Angelopoulos Global Public Leaders fellow. Other fellows will follow. Fellows will spend one year on campus at Harvard University in order to interact with students and share lessons learned, successes and failures.

As a closure, what advice would you give to the people who are inspired by your journey?

Ambassador Gianna Angelopoulos: We are the authors of our own book. 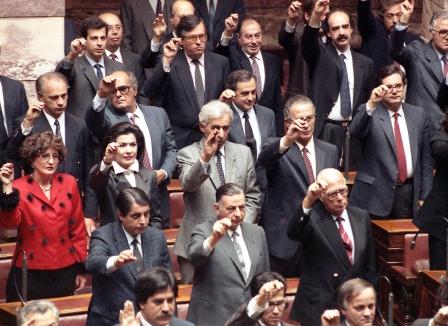 Taking the oath at the Greek Parliament. 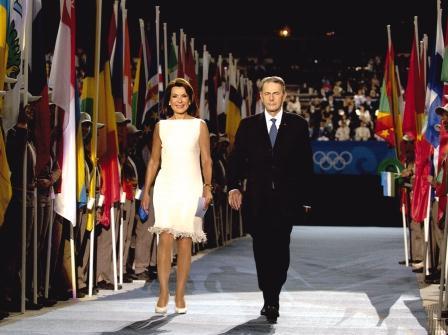 Marching with Jaques Rogge at the Athens 2004 Olympic Games 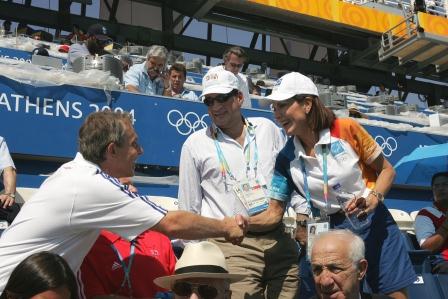 At the Olympic Games in Athens with Toni Blair, the at the time UK's Prime Minister. 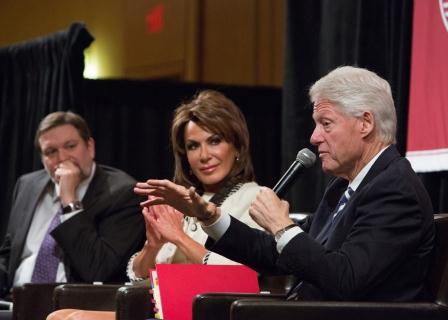 With President Clinton at the Clinton Global Initiative.

Head of Marketing & Communications at Hawes & Curtis and Ghost London