Long before his "jackass" turn at the VMAs, Kanye West was allowed to style a shoot for the October issue of Elle. The result is a spread featuring his girlfriend, model Amber Rose, in crotch and rear-baring poses and "body conscious" clothing.

Amber tells the magazine she is "not like his Barbie" and cites their clash over what she should wear to the 125th Anniversary Gala of the Met in March as evidence. Kanye wanted her to wear a gown to the formal event; Amber opted for a white cocktail dress with a thigh-high slit.

"I didn't want to wear a long gown," Amber told the magazine. "So then we get to the Met and everybody has a long gown. I was like, great. I didn't know what the Met was!" 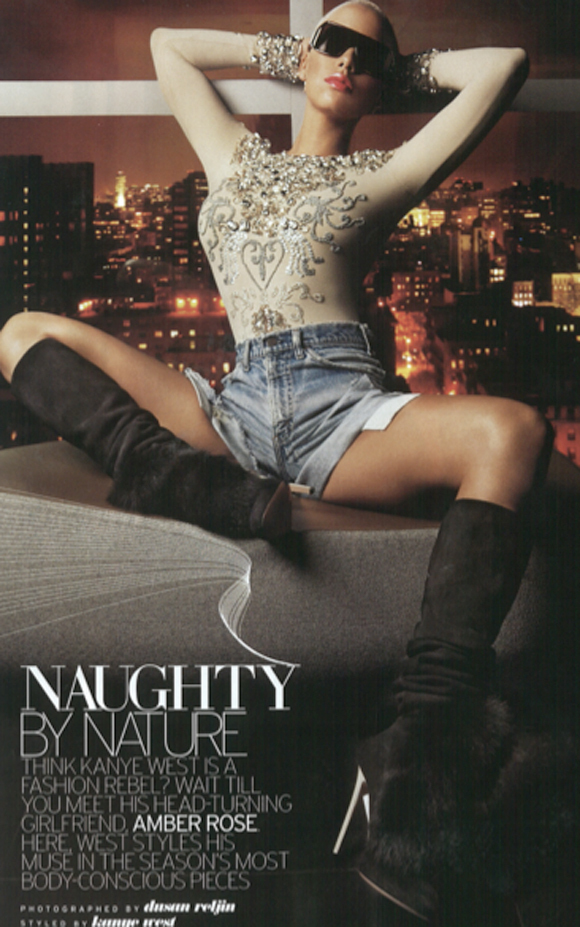 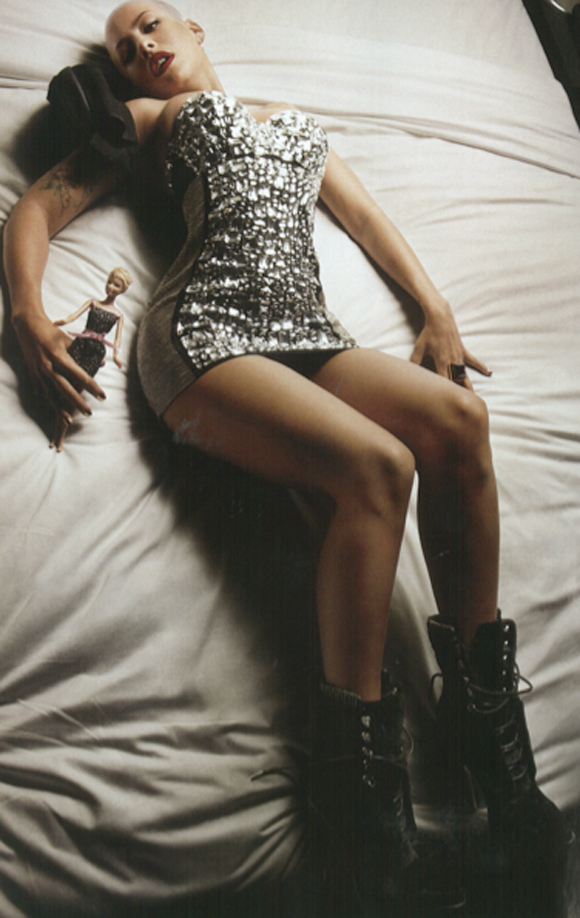