Addie Swartz, CEO of reacHIRE, reflects on how to help the 37%+ female HBS Alums who plan to take a career break to raise their kids

It's a warm summer evening in London, and I'm sitting down for dinner with my sister and one of her friends. My sister is seven years older than I and she has always provided a snapshot of what my future might hold.

When she turned 21, I saw her as the busy college student successfully navigating an exhausting social life and a tough Economics degree. At 27, I was inspired by her work ethic; sharp suits and a sharp mind achieving rapid promotion in a global pharma corporation. And at 33 I looked to her as the woman who could have it all: a career and children.

But can you really have it all? Numerous studies have shown that it's next to impossible. Fundamentally, a woman's career is more likely to be impacted by having a child according to a 2013 Pew Research Center survey. Working mothers are three times as likely as working fathers to say that being a parent impacted their advancement at work. Why is this? The answer is hotly debated and the reality nuanced, but there is one explanation which resonates.

Women carry a heavier load at home, and many work places do not have the structures in place to support this.

The 2016 Women in The Workforce report by McKinsey and LeanIn.Org found that at every stage in their careers women do more housework and child care than men. Those in senior management are seven times more likely than men at the same level to say they do more than 50% of the housework.

Anne-Marie Slaughter, in an interview with Freakonomics explains. "When women have children, are caring for their own parents or other sick family members who need care... they need to work differently. They need to work flexibly, and often go part-time. They often get less-good assignments because their bosses think that they're not going to be able to stay up all night."

There is no doubt, in my mind, that this should change. But realistically this change is not going to happen in time for my sister, her friends or the women of the HBS classes of 2017 & 2018.

This realization hit me as I talked to my sister and her friend. Both are highly educated and ambitious women, both are mothers, and both are exhausted. It's not possible to have it all. Something has to give. And for many women, that means taking a career break. It might not be what you came to HBS thinking would happen, but a recent study of female Millennial HBS Alums revealed that 37% were planning on taking time off work to look after their future children.

So what happens once you take a career break? The Harbus was lucky enough to sit down with Addie Swartz, CEO of reacHIRE, a firm that aims to help highly educated women step back into the workforce after taking time out. The reality is that women who leave the workforce find it difficult to re-enter at the same level as they left. Yet, they are still highly talented: 2, 5 or 10 years away from work is not going to change that. Returning women are therefore a huge untapped pool of skilled labor. 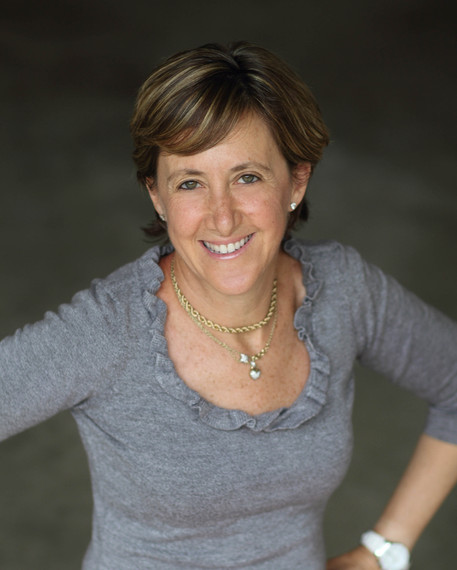 According to Swartz, it's not a demand problem either. "There are 1.6 million jobs open that are not getting filled" she argues. "These are professional, HBS graduate-type jobs. They require highly educated people. And yet there is this group on the sidelines, who have all the talent required and just can't get back in."

Swartz sees three main barriers preventing HBS women from getting back into the workforce.

Out-dated tech skills: Technology is moving quickly and pervades every aspect of the workplace. Women who step away from their careers may find they are not up-to-date on the latest tools.
Network: A career break changes the nature of day-to-day interactions. Often, work and corporate relationships get traded in for connections with those who share in your current lifestyle.
Company attitude: While some corporations DO see the opportunity of hiring women with resumé gaps, there is still much work to be done to change attitudes on a broader scale and impact societal norms.
On the third point, there is ample evidence showing that companies benefit as the percentage of women in senior positions increases. According to the Peterson Institute of International Economics, gender diversity positively impacts profits, with one measure of gross profit increasing by 15% when women represent 30% of leadership.

On the first and second point, it is up to women to actively make sure that they retain the right skills and build the right network. And it is something which women should do well before they plan to have children.

I asked Swartz if she had any advice on how to maintain skills while out of the workforce. Her recommendation is to use online refreshers, pursue certificates and volunteer in relevant local organizations which will exercise the abilities needed for a future job. Most importantly, Swartz says, "Pursue these initiatives within a formal or casual network of like-minded women. The support of a cohort can be the driving factor in maintaining momentum and motivation." As for the network, this is something that women need to get better at maintaining. Highly educated women have access to the same networks as men, whether that is at work or during an MBA. Women need to become less afraid of investing in it and be actively involved in sustaining its strength so that it can support them if they decide to temporarily step off the career track.

Swartz's company aims to help women refresh necessary skills and remedy a broken network by placing highly educated out-of-work mothers in innovative Fortune 500 corporations who are looking to recruit, develop and retain a gender-diverse workplace. The results have been phenomenal.

One success story involves a Harvard College and HBS alum named Sarah, who started her post-HBS career at Bain. After getting married and having children, Sarah decided to put her career on hold. But her ambition and talent never left her. When she decided to jump back into the workforce, she found resistance from hiring managers who couldn't see past the career gap on her resumé. All she needed was an opportunity.

That opportunity came through reacHIRE, who provided the training to refresh her skills followed by placement with a Fortune 500 company. And once it came, Sarah flew. She's been promoted into a role with high visibility, and her experience as a mother means she can add value in more ways than just the skills she has from past work and school. Being a mother isn't a mind vacation - it is valuable, tough and rewarding experience that builds core skills applicable to the business world.

In another case, Swartz describes a woman placed into a temporary assignment as a test to see whether her skills would match the demands of the position. She over-delivered, to the extent that the company wanted to hire her in a full-time role. The woman wanted to maintain flexible working hours and the company consented. It's a slow case-by-case movement, but innovative companies are waking up to the fact that allowing flexibility does not compromise the quality of output. And this recognition is enabling a strong talent pool to re-enter the labor market.

Swartz's advice is not just for women. She cautions us all to think about this issue as we become leaders and are increasingly able to influence the organizations in which we work. Specifically, technology should allow companies to grant greater flexibility in time and location to their workers. This should enable women (and men) to spend time caring for their families and working.

Will it ever be possible to 'have it all'? Swartz believes so, but she thinks "careers in the future will include thoughtfully designed off-ramps, on-ramps and up-ramps," with built-in training and support -- rather than a traditional linear path. The positive news is that innovative firms are changing. According to Swartz, the need for top talent means that companies can no longer ignore returning women. "They've got to choose between resumé gaps and talent gaps, and innovative, winning companies are not going to let traditional thinking get in the way."

What I learned from speaking to Swartz was this: Women, build your network. Maintain your skills. Don't stall in the belief that you won't take time off work because you never know how you will feel until you have a child. And for men and women running corporations, don't discount the returner. Support her with the flexibility she needs to thrive both at work and at home. Get past the resumé gap; and embrace a talent pool that if re-trained, can deliver a whole lot of value to a corporation.

The climb to the C-Suite is a long one. There should be many more women there. One day we will get there and unlock extraordinary value in the process. But to make this truth a reality, both women and the companies hiring them will need to work differently, together.

Preeya Sud (HBS '17) is the current Editor in Chief of The Harbus. Prior to HBS, she studied law, before making the logical jump to marketing at P&G, where she spent five years working across Scandinavia and the UK. She is passionate about business, politics, and writing.