AMC's Making of the Mob: Chicago gives us a kinder, gentler Al Capone.

At least for a while. 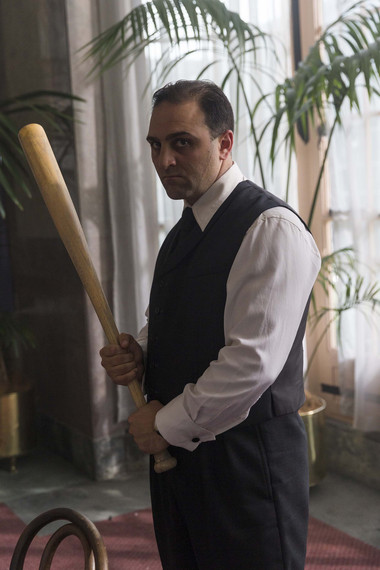 Bet you weren't expecting that.

The eight-part series, which airs Mondays at 10 p.m. ET, focuses on perhaps the most enduring personality from the crowded roster of famous 20th century gangsters.

Capone wasn't the best or smartest mobster ever. He took over the Chicago enterprise called The Outfit when he was 26 and by the time he was 33 he was in the federal pen.

He was diagnosed there with serious venereal disease issues that helped gradually diminish his mental capacity, and while he lived his final eight years on a nice estate in Florida, he died eight days after his 48th birthday.

And, for whatever reason, he caught the public fancy. It probably helped that he was nicknamed Scarface, for a knife cut he suffered early in his career, but let's face it: Many mobsters had great nicknames, and few became the same kind of cultural touchstone as Scarface Al.

So Making of the Mob: Chicago is about the 10,000th production to recount all or part of Al's story, and as its eight-hour running time suggests, it digs more deeply than most.

Any viewers who watched Boardwalk Empire will immediately see that this Capone, at least in the early innings, is a near-opposite to the character portrayed there.

In Boardwalk, he was a self-absorbed bully, a clever thug who delighted in humiliating and hurting people. Only at the end, when the jig was up, did he soften a touch.

Numerous members of the Capone family, over the years, have called that image a lie, and Making of the Mob largely supports the less nasty version. 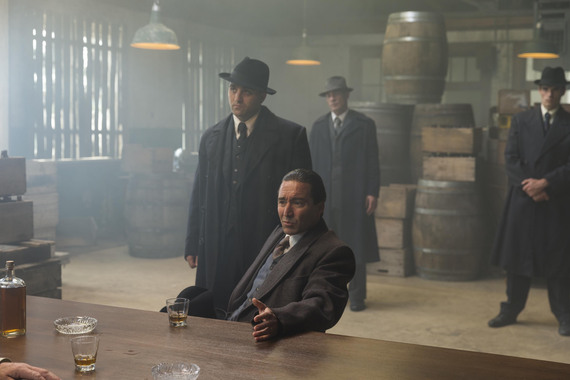 Capone here, played well and at times subtly by Michael Kotsohlis, is a Brooklyn kid who started running errands for New York mobster Johnny Torrio (Paolo Rotundo, seated above) because his family needed any income it could get.

He wound up under the wing of Torrio, who is credited here with revolutionizing organized crime by running it like a regular disciplined business instead of the Wild West.

Still, the show suggests Capone really didn't like some of the things he had to do, like killing a delinquent debtor. When he was 19 and his girlfriend Mae had a baby, he tried for a time to work as a legitimate bookkeeper, away from Torrio and his mob friends.

But there wasn't much money in an honest job, raising the intriguing notion that if there had been decent minimum wage legislation after World War I, Al Capone might have spent his life as a CPA.

As it was, Torrio moved to Chicago and offered Capone a job keeping the books there, at 20 times more money. 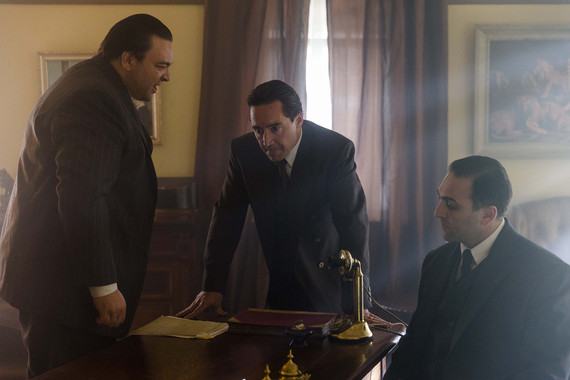 Being a responsible family man, Capone felt he owed it to his wife and son to make their lives more comfortable. So he signed on to a gig that soon included partnering with Torrio to kill Chicago overboss Big Jim Colosimo (played by Andre King, above left) and blossomed over the next decade into dozens of additional killings.

That included rival mobsters, people who were planning to testify against Capone in court, and, most famously, seven members of the rival Bugs Moran gang.

Those seven were lined up against a wall and machine-gunned on Valentine's Day 1929, a rather dramatic statement that quickly became known as the St. Valentine's Day Massacre.

That is to say, Al became a little more pro-active after Torrio retired in 1925 and Al took charge of the bars, booze, brothels, gambling and so on.

By then, at the age of 26, Capone was providing quite well for his family. He and Torrio had been among the first mobsters to see the opportunities in the liquor trade when Prohibition became law in 1920, and that alone had made him a rich man.

So he lived large for a few years, though he spent considerable time trying to fend off the law on one side and mob rivals on the other. He bought pals along the way and was credited with helping elect William Thompson as mayor in 1927.

Making of the Mob doesn't ignore the body count during Capone's reign. It does suggest he always felt he was upholding family values, meaning the other stuff was just part of the job. Well, except for maybe the VD.

In any case, Stephen David Entertainment, which previously produced series like The Men Who Built America, has this type of show down to a science. 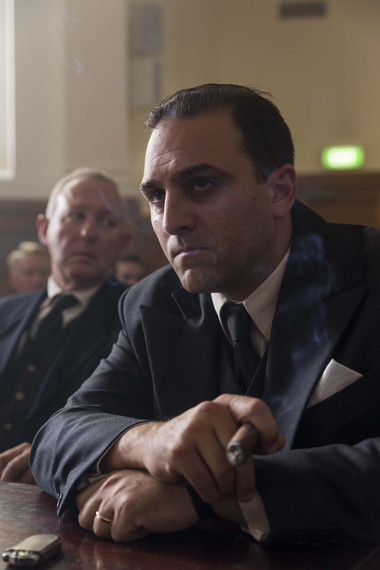 The characters are big and bold, the conflicts explosive. It mixes real-life elements, mostly still photos, with dramatic re-enactments and ominous teases to the lethal dominoes that began toppling after Capone left the leadership position and reverberated for decades thereafter. Collectively, it all makes Making of the Mob feel more like a lively campfire story than a staid documentary.

If it doesn't exactly glamorize Capone's life, it leaves no doubt why, 68 years after his death, we remember him so well.