This past summer I posted a story in these pages about my Irish friend Colin Cobb, who heads something called The Stratus Project, which is set to find the plane Amelia Earhart was flying when she disappeared attempting to circumnavigate the world in 1937.

But then on October 27th 2014 The International Group for Historic Aircraft Recovery (TIGHAR) released a press statement expressing its belief that it has discovered a piece of Amelia Earhart's lost Lockheed Electra, found on the remote Pacific atoll of Nikumaroro.

Nonsense, says Colin Cobb. He calls the claims a "romantic Tom Hanks-esc notion of Earhart dying as a castaway on some uninhabited island. Before this is written into the history books, we must first ask ourselves whether TIGHAR's claims about the aircraft skin, and indeed its entire hypothesis, are sound. The answer, quite simply, is no."

Colin sent me his interpretation, and so I thought I would share it here for those keen to dig a deeper hole in the ocean:

Over the years TIGHAR have amassed a sizable collection of artifacts from Niku including part of a woman's shoe, bones, a navigator's bookcase and of course the piece of aircraft skin (known as artifact 2-2-V-1). Indeed TIGHAR stated in a press conference in 1992 that it had done it, it'd solved the mystery. It wasn't long before the truth was discovered that the shoe was the wrong size, the bones were from a turtle, the bookcase was from a B-24 aircraft and the aircraft metal didn't match the Electra. It turned out that all of TIGHAR's artifacts were just pieces of island junk and all are items that are easily explainable considering Niku was inhabited from the late 1930s to the 1960s and was also a US Navy base in WW2.

Despite these setbacks TIGHAR has relentlessly backed its Island Theory for 25 years and in 2012 TIGHAR claimed that a photograph taken in 1937 of Nikumaroro showed an object sticking out of the water that was none other than one of the Electra's landing gears. Not only that but Executive Director of TIGHAR Ric Gillespie claimed that independent experts from the US Department of State confirmed this. Gillespie stated in a TV press conference that the Department of State photo analyst said "there was no other explanation for it", however, official Department of State documents, obtained through a lawsuit to enforce a Freedom of Information Act request, led to a very interesting discovery. Not only did the US Government experts NOT back up Gillespie's claims that it was an Electra landing gear but they actually wrote that they "could not definitely say if it was or it was not an aircraft part"! Despite this fallacy the press conference aided TIGHAR in raising funds for a 2012 expedition to search the seabed in the vicinity of the object and came back with nothing. The object became known as "Nessie" which is ironic considering the Loch Ness Monster doesn't exist either.

Now in 2014 we have the new "Nessie" -- the aircraft skin. Found in 1991 artifact 2-2-V-1 has generally been asserted by TIGHAR to be a part of Earhart's plane, though the intensity and certainty of this claim has ebbed and flowed over the years. Initially they claimed it to be from the belly of the Electra but this was quickly and resoundingly dismissed by expert critics. This left Ric Gillespie scratching his head as to how he could fit a square peg into a round hole, knowing that the rivet pattern of the metal didn't fit anywhere on a Lockheed Electra. Luckily for Gillespie it was observed by a TIGHAR member that a large navigators window on the plane was covered over with aluminium skin whilst stopped in Miami at the beginning of the world flight. TIGHAR now assert that 2-2-V-1 is in fact the "Miami Patch."

It soon becomes apparent that 2-2-V-1 doesn't match the Miami Patch quite so well as TIGHAR would like you to believe. The first thing to consider is the size of the artifact and whether it is consistent with the size of the Miami Patch. To cut a long story short the artifact is approximately 19" high with calculations showing that at least an extra 2 ½" would have to be added to the height to allow for it to be riveted to a structure, making the full height at least 21 ½." From analysing photographs of the Miami Patch it can be seen that the patch can't be larger than approximately 20" in height for it to fit. 2-2-V-1 is too big!

These points raise serious doubts about the claim that 2-2-V-1 was part of the Miami Patch, but there is one further piece of evidence that proves the artifact could never have been on Earhart's plane. A stamp on the metal dates it to the 1940s! The letters "AD" can clearly be seen on the aluminium which are the remains of the word "ALCLAD." ALCLAD is a multi-layered aluminium made up of three layers, the two outside layers being made of 99 percent pure aluminium. The Electra was made from this aluminium. Even though the Electra was made from ALCLAD, the pieces of skin would have been stamped with the abbreviation "ALC" and not the full word "ALCLAD". The full word wasn't used until the 1940s! This is pretty damning evidence to show that 2-2-V-1 was not even in existence in 1937, least of all ever on Earhart's plane.

So in all we have an artifact that's probably too big and has markings which date it to the 1940s not to mention the strange assertion that the reason the piece is there when the rest of the Electra is nowhere to be found is because Fred Noonan kicked it out to escape the plane, despite a perfectly good door being only a few feet away. I think we can safely say that 2-2-V-1 is NOT part of Earhart's Electra.

All of TIGHARs artifacts can be quite easily proven to be nothing to do with Amelia Earhart, which is unsurprising considering that their theory makes no logical sense. Earhart's radio messages from just before she disappeared show clearly that she was in the general vicinity of her destination Howland Island. She also clearly states that she is running out of fuel and she simply didn't have the fuel to fly 350 miles away to the south to land on Nikumaroro, and if she did have that amount of fuel left she should have had no issue finding Howland as she would have had the time to perform a basic box search. All of the evidence points to the conclusion that Earhart ran out of fuel near Howland and that her Electra now lies at the bottom of the Pacific Ocean. This is the most widely supported theory known as the "Crashed and Sank" theory. 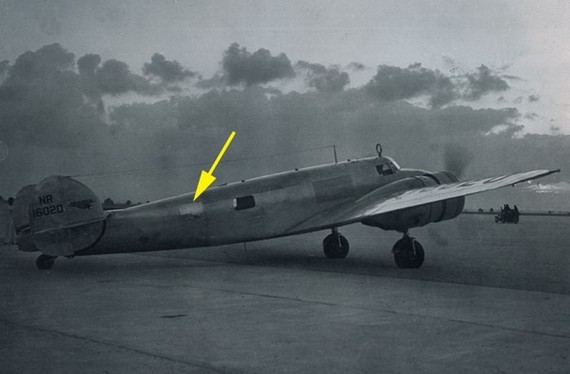 The "Crashed and Sank" theory is supported by The Stratus Project, the first UK based company to search for the Electra. Stratus focus heavily on the celestial navigation methods of Earhart's navigator Fred Noonan to determine why they didn't reach their destination. None of the previous underwater searches locations have been logical when analyzing them from a celestial navigation point of view, making it unsurprising that none of them have succeeded in finding the plane. Stratus have determined that the most likely location is an area that has never been considered or searched before and is within 100 miles of Howland Island. With their unique approach to the mystery, focusing on celestial navigation, Stratus are very confident in their theory. But what is absolutely certain is that the mystery will be solved not on Nikumaroro but at the bottom of the Pacific Ocean. See www.stratusproject.com for info on the search! 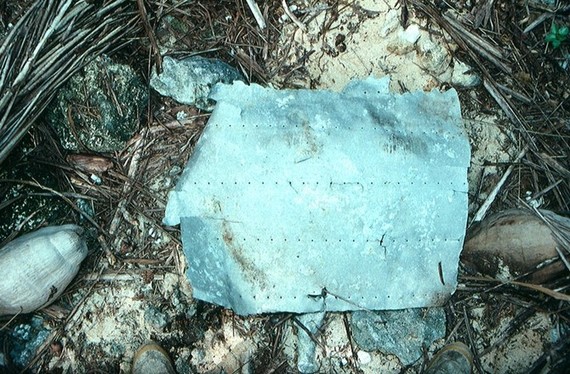 Voting Made Easy
Register to vote and apply for an absentee ballot today
Register now
More:
mysterycastawayPacificAmelia Earhart travel
Newsletter Sign Up
An essential daily guide to achieving the good life
Subscribe to our lifestyle email.
Successfully Subscribed!
Realness delivered to your inbox