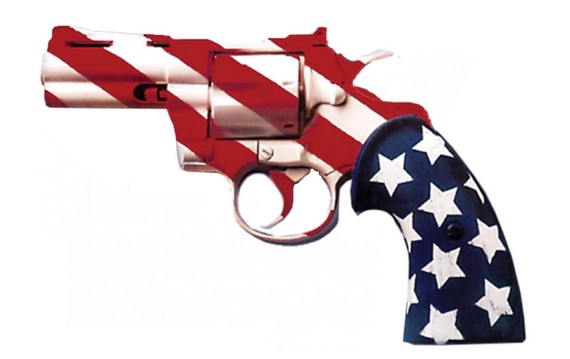 Have you heard the news? England, Germany, Japan and Australia have all ended mass killings and have driven gun violence way down by banning the ownership of guns. Yet in the U.S. 30,000 people die every year from gun violence. When will freedom from gun violence trump the freedom to own guns? The Second Amendment, as interpreted by pro-gun advocates, is outdated. It is time to modernize our laws for the challenges we face today. It is too easy to obtain guns and guns are more likely to be used for criminal activity rather than self-defense.

Last year the Violence Policy Center found that a gun owner is 32 times more likely to use their weapon in criminal homicide rather than in self-defense. Usually the first reason a gun advocate says there is a need to own guns is the self-protection myth. Now that that myth has been debunked and it has been proven that justifiable homicides are rare, we must move past the old self-defense narrative and think with clearer heads when discussing gun ownership.

The second argument I hear a lot from gun advocates is that citizens need the right to be armed to protect the country from armed oppression by the government. I want to be very clear here: gun owners, your gun or collection of guns is not deterring the government for one second from an armed oppression. The US Military, the best and most powerful military in the world, would strike down an armed uprising by citizens in a heartbeat. Furthermore, most police departments are now so heavily armed that they too would make short work out of an armed uprising by citizens. We do not need guns to protect us from the government. But, more importantly, the guns we have cannot protect us from the government.

I also think the police should be disarmed. Once guns are off the streets, out of the hands of gun enthusiasts and made illegal there will be no need for the police to continue to be armed. There are seventeen countries around the world where the police are not armed. They also have very strict gun ownership laws for civilians. In 2004 a survey of British police officers found that 82 percent of them did not want to be armed. They see themselves as the guardians of the public. And, while there were 461 "justifiable homicides" in the US by police in 2013, there were none in the UK in the same year.

Limiting ownership of guns to the military and hunters is a necessary step in ending US gun violence. In Australia gun buyback programs have been found to be very effective in driving down gun crime. In Japan guns must be registered with the government, are subject to inspection and one must take classes on how to properly use a gun in order for an individual to own one. And, even then, the types of guns that are allowed to be owned by citizens are severely limited. There are similar stories in England and Germany. We must modernize our laws. Why must we live with the status quo on gun ownership when so many people are terrorized by gun violence? The only way we will ever end gun violence is if those of us who care about ending gun violence are just as passionate about amending the Second Amendment as pro-gun advocates are passionate about owning guns. The time is now to protect a freedom that we should all be guaranteed- freedom from gun violence.