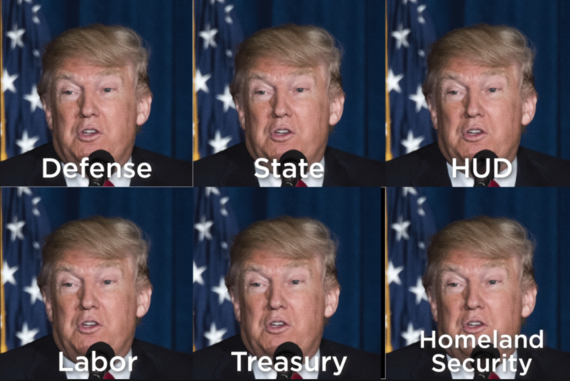 Disaffected, underemployed US workers' anger has erupted and carried Donald Trump to the precipice of our presidency. They voted for a pretender who promised to drain the swamp of big business and political cronies and reignite our failing economy (which is not failing, for the record).*

They are getting none of it. And won't.

Not from their newly elected president to be and not from his cabinet and staff choices - drawn directly from the swamp's sludge. And they are wading into a Congressional swamp already at an all time disapproval high - 79% - where just 19% of Americans "trust government to do what is right, an all-time low (Gallup, 2016/Pew, 2015)."

Beyond the president, and congress - and this may surprise you - Americans are looking to corporate America to address and react to political and social issues, and take action against them to improve our quality of life. According to the latest Business and Politics study by the Global Strategy Group in Manhattan (conducted one month before the election) "... 84% believe corporations should take action to address important issues facing society; and 88% believe corporations have the power to influence social change" (study conducted in October among American adults, with a subset of millennials/ibid).

As described by Louis Killeffer of Five Mile River Marketing, "In what can only be called an age of transition, with folks largely disenchanted with our political institutions and frustrated by many of our politicians, the public clearly wants leaders and leadership. And they are actively looking to CEOs and their corporations for just such leadership "more than ever before on the pressing issues of the day."

Global Strategy Group's findings rank corporations just behind the President (89%) and Congress (92%) in their role of social responsibilities and political influence, and represents "...a seismic shift in the public's expectations for corporations to take a stance - and to take action - on political and social issues of the day."

First of all - America's voters did not elect Donald Trump president. We elected Hillary Clinton. Right, a detail. That aside, the disenfranchised who got swept up in Trump's egomaniacal, heedless attack on American politics, and bought his hollow promises for jobs, and economic recovery they were supposed to benefit from, are about to be stabbed in the back by the very guy they voted for. Or think they voted for.

All of it guaranteed by his choices for his cabinet and staff, plucked from the very corporate swamp he promised to drain. If you wanted to witness a Trump would be dynasty sink into a black bog, taking America with them, you could not come up with darker choices:

•Secretary of State - a guy with ties to Vladimir Putin (who gave him an "Order of Friendship award"), who has enriched himself by selling an environmentally destructive product and criticized Russian sanctions as "bad for his business" (NY Times, "Flawed Choices for the State Dept.," Dec 13).
But not to worry, Trump's choice for State's no. 2 wanted to lift the 1994 freeze on North Korea's plutonium-based nuclear deal and more recently to bomb Iranian nuclear facilities ... (ibid). And ...

•An Energy Secretary committed to abolishing the department - and who couldn't even remember it existed during a presidential debate in 2011. And he's on the board of Energy Transfer Partners - the company behind the Dakota Access Pipeline! Not to worry - he competed on Dancing with the Stars, even though he'd "...never danced before in his life."

•National Security Advisor? A retired Army general who was fired by Obama as head of the Defense Intelligence Agency, has business ties to Middle Eastern countries and has been paid by both Turkey and Russia. His dubious assertions are so proliferous they're called "Flynn facts," and include this tweet: "Fear of Muslims is RATIONAL: ... the truth fears no questions ..."

•CIA director - wants to kill the Iran nuclear accord and has minimized any costs of actually bombing them.

•Attorney General nominee opposes the Voting Rights Act; was denied a federal judgeship as a racist ("used the n-word and joked about the Ku Klux Klan, saying he thought they were 'okay, until he learned that they smoked marijuana'."

•Housing Secretary opposes the Fair Housing Act and says HUD's rule "Is what you see in Communist countries."

•Health and Human Resources Secretary is staunch pro-life, opposes federal funding for abortions and is in sync with Trump's VP's who said "We'll see Roe vs. Wade consigned to the ash heap of history where it belongs.". Further, he wants to dismantle the Affordable Care Act and restructure Medicare in a way that critics fear would burden users with greater costs.

•Our new Treasury Secretary to be - a former Goldman Sachs swamp lizard and Hollywood financier, he led massive housing foreclosures following the bubble burst, a behavior a Suffolk County judge described as "harsh, repugnant and repulsive' as they attempted to toss (the family) out on the street ..."

•Proposed EPA head is a climate change denier who has spent most of his adult life in government trying to eliminate the agency he is supposed to lead. He's pledged to severely limit, or eliminate, environmental executive orders and regulations, and supports Trump's threat to withdraw from the Paris climate deal.

Now he's appointed an ambassador to Israel who called supporters of the progressive Jewish advocacy group J Street "worse than kapos" for supporting a two-state solution to Israeli-Palestinian conflict. (Kapos were Jews in Nazi concentration camps who were put in charge of other inmates). His opposition to a two-state solution threatens years of work to achieve some kind of peace there.

And just to make sure these designates - IF they are approved - can operate in a conducive environment, emboldened with proactive public encouragement ...

•Trump's choice for his chief strategist is a well-known alt-right publisher who " ... is adored by white supremacists, white nationalists, anti-Semites, neo-Nazi's and the K.K.K.

You who voted for an improved quality of life for yourselves and your families are not going to get it from these characters, thanks to the man you voted for and the choices he's making that will lead him and America into a cess pool - the stench of which will cling to us for a long time to come.

But not to worry, we count on corporate America almost as much as our president and congress to address social and political issues and act on them, all in our best interests.

Not exactly: a mere 6% of Americans have any confidence in big business (Gallup, 2016). Corporate America has become synonymous with greed and self-interest. Nearly 9 of 10 Americans (89%) believe that big business has too much influence over the decisions politicians make in Washington, and an equal number (88%) say our government prioritizes the interests of big business over the interests of its citizens.

*For the record: our economy is not exactly in need of dramatic recovery: GDP is at it's highest level since before 2011 (in sum total and per capita); 14.9 million jobs were created during the Obama administration, and unemployment is at an all-time low 4.9% after peaking at 10% in 2010; average hourly earnings of private sector workers rose 2.8% in October vs a yr ago, the fastest growth since 2009, and average income for the bottom 99% grew 3.9% in 2015, the best growth in 17 years; gas prices are at a 10 year low; the stock market is at its own all time high, closing in on a Dow 20,000 for the first time in history.