Maybe some of these people are joking. PLEASE let them be joking.

UPDATE: Many of them were joking, in fact. Because people are terrible and have been threatening these people with death, we have blurred out all of the names of these users. One user, after getting flooded with responses to this article, tweeted: 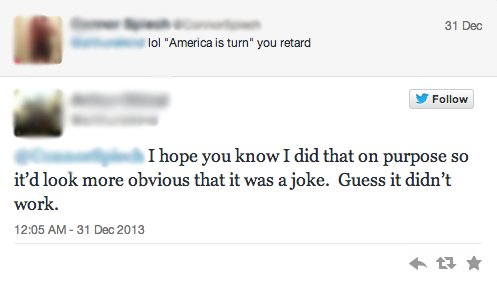 And one more tweeted:

One user featured in this story emailed to say: "You used my tweet about 'America turning 2014' without having the decency to ask me whether or not I was kidding. Now, I have people telling me to drop dead, to blow my brains out." She was not alone: Gawker wrote about another tweeter, who was not featured in this story, who made a similar joke and also faced death threats.

Anyway, here are the original tweets:

Not only that, but many people also think that the Earth is turning 2014 years old for some reason. 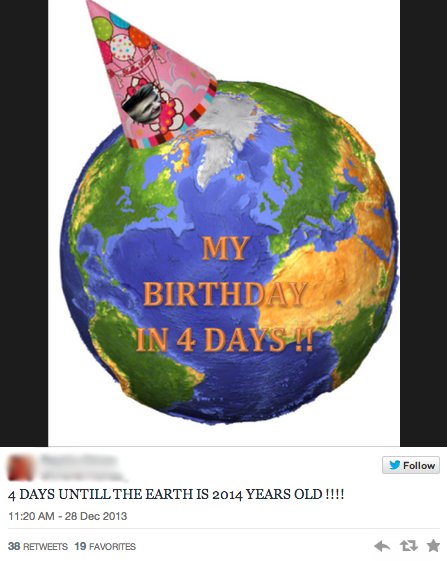