Following the historic Supreme Court ruling that same-sex marriage is legal in all 50 states, the Raygun T-shirt company decided to capture all the sentiments in one sassy message: "American is now finally as gay as Iowa."

Des Moines, Iowa-based Raygun first started printing shirts with the "as gay as" slogan after Iowa legalized same-sex marriage in 2009. In just a few years, the company has seen legalization spread from a few states to the entire country, as of June 26, 2015.

After multiple states made gay marriage legal, Raygun made a few more variations of the shirt, but Draper said they decided "we'll just wait until it was legal in the whole country or Alabama." 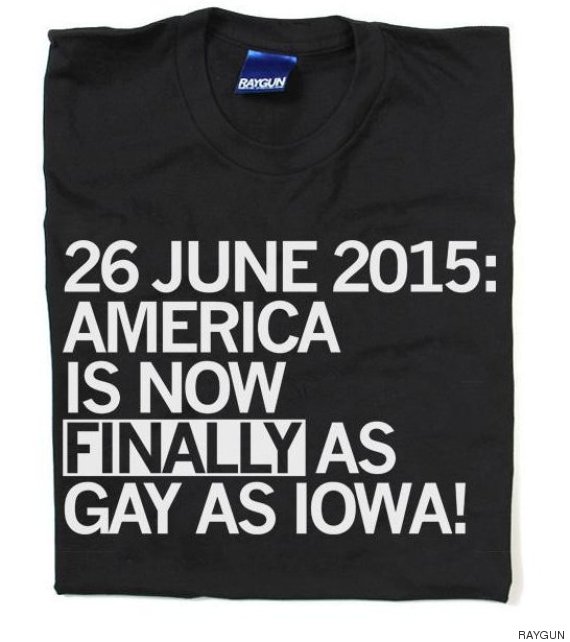 Draper said Raygun usually sell about 70 "as gay as" shirts a year, but the new “America is now FINALLY as gay as Iowa” shirt has been purchased more than 1,700 times in two days.

Draper says that he'll continue making shirts about issues he supports, but says Raygun may retire the "as gay as" franchise for now.

Pride Clothing And Accessories
More:
Style
Newsletter Sign Up
An essential daily guide to achieving the good life
Subscribe to our lifestyle email.
Successfully Subscribed!
Realness delivered to your inbox