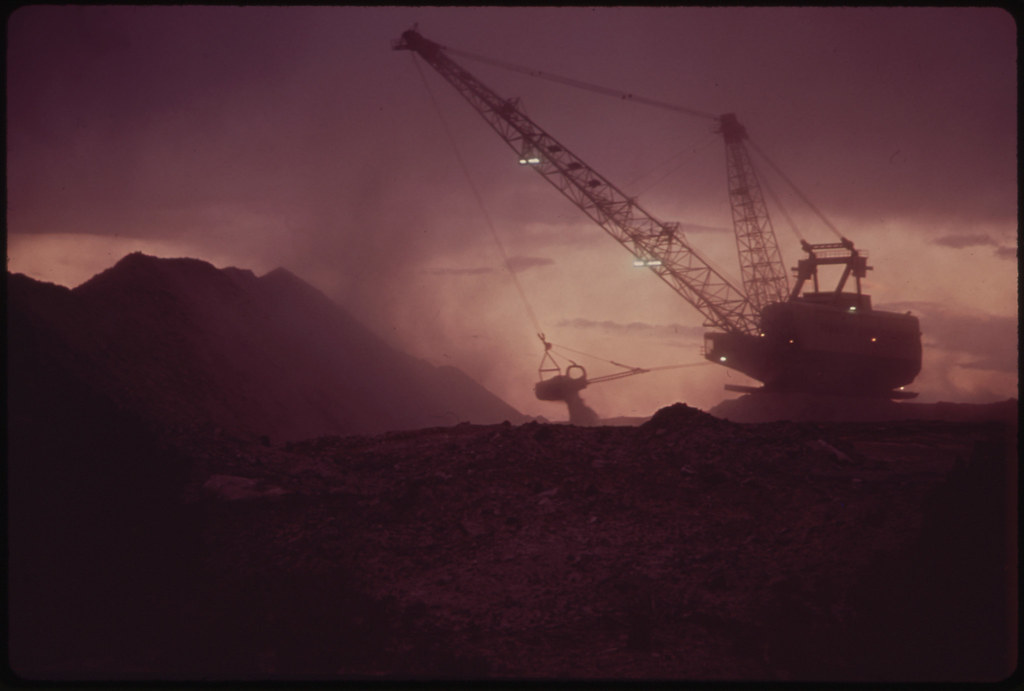 Soon after the Environmental Protection Agency was created in 1970, it began a monumental project to photograph the United States, in all its industrial glory.

The initiative, dubbed Documerica, employed more than 100 freelance photographers to capture “images relating to environmental problems, EPA activities, and everyday life.” From 1972 to 1977, they took more than 81,000 photos, many before the EPA instituted programs to clean up the country’s fouled landscapes, air and waterways.

“By the late 1960s, the American landscape was ravaged by decades of unchecked land development, blighted by urban decay in the big cities, and plagued by seemingly unstoppable air, noise, and water pollution,” C. Jerry Simmons, an archivist and historian at the National Archives in Washington, wrote in 2009. “The project takes rightful credit for the United States’ first serious examination of its rapidly decaying natural environment.”

The EPA tasked each of its photographers with documenting a specific environmental problem in certain areas, from noise pollution in Boston to health impacts on coal miners in West Virginia.

More than 15,000 images from the Documerica series were published online in 2009. Simmons wrote then that many of the ills shown in the photos continued to plague the country:

“When we look at images of today’s environment, we can see that what troubles the environment in the new millennium is what troubled it in the early 1970s, and DOCUMERICA confirms it. Thousands of images of pollution, strip mining, crowded cities, and land abuse could well be photographs taken in recent times. Though a great deal has been done over the past 30 years to correct problems depicted in the photographs, there is a common consensus that there is so much left to accomplish in the race to save America’s natural resources.”

Since it was created by President Richard Nixon, the EPA has been in charge of enforcing some of the most important environmental protections in modern history, including the Clean Air Act, the Clean Water Act, the banning of the pesticide DDT and the phaseout of lead in gasoline. More recently, the agency toughened rules for vehicle emissions and readied former President Barack Obama’s controversial Clean Power Plan, since stalled by court challenges.

Environmentalists fear many of those efforts may soon come to the fore once again under the presidency of Donald Trump. Trump’s pick as EPA administrator, Scott Pruitt, is a climate-change denier who has sued the agency 13 times as Oklahoma attorney general. Pruitt has repeatedly said the environment would be “fine” without the EPA, and has threatened to roll back regulations protecting air and water.

Pruitt acknowledged during his confirmation hearing last week he doesn’t believe climate change is a “hoax,” but he refused to agree with 97 percent of scientists who say the phenomenon is caused by human activity.

Just this week, the EPA froze all of its grant programs (including funding for research and air quality monitoring) and told employees not to talk to reporters or use social media until further notice. On Tuesday, Trump announced he’ll push forward the Keystone XL and Dakota Access pipelines, which opponents say will worsen climate change.

Below, take a look at some of the images of America as it existed during the EPA’s advent. The entire Documerica archive is available online.

Click on each photograph for a description from the National Archives.