NEW YORK -- The Third International Conference on Financing for Development recently convened in Ethiopia's capital, Addis Ababa. The conference came at a time when developing countries and emerging markets have demonstrated their ability to absorb huge amounts of money productively. Indeed, the tasks that these countries are undertaking -- investing in infrastructure (roads, electricity, ports and much else), building cities that will one day be home to billions and moving toward a green economy -- are truly enormous.

At the same time, there is no shortage of money waiting to be put to productive use. Just a few years ago, Ben Bernanke, then the chairman of the U.S. Federal Reserve Board, talked about a global savings glut. And yet investment projects with high social returns were being starved of funds. That remains true today. The problem, then as now, is that the world's financial markets, meant to intermediate efficiently between savings and investment opportunities, instead misallocate capital and create risk.

There is another irony. Most of the investment projects that the emerging world needs are long term, as are much of the available savings -- the trillions in retirement accounts, pension funds and sovereign wealth funds. But our increasingly shortsighted financial markets stand between the two.

Much has changed in the 13 years since the first International Conference on Financing for Development was held in Monterrey, Mexico, in 2002. Back then, the G-7 dominated global economic policymaking; today, China is the world's largest economy (in purchasing-power-parity terms), with savings some 50 percent larger than that of the U.S. In 2002, Western financial institutions were thought to be wizards at managing risk and allocating capital; today, we see that they are wizards at market manipulation and other deceptive practices.

Western financial institutions were thought to be wizards at managing risk and allocating capital; today, we see that they are wizards at market manipulation and other deceptive practices.

Gone are the calls for the developed countries to live up to their commitment to give at least 0.7 percent of their GNI in development aid. A few northern European countries -- Denmark, Luxembourg, Norway, Sweden and most surprisingly, the United Kingdom -- in the midst of its self-inflicted austerity -- fulfilled their pledges in 2014. But the United States (which gave 0.19 percent of GNI in 2014) lags far, far behind.

Today, developing countries and emerging markets say to the U.S. and others: If you will not live up to your promises, at least get out of the way and let us create an international architecture for a global economy that works for the poor, too. Not surprisingly, the existing hegemons, led by the U.S., are doing whatever they can to thwart such efforts. When China proposed the Asian Infrastructure Investment Bank to help recycle some of the surfeit of global savings to where financing is badly needed, the U.S. sought to torpedo the effort. President Barack Obama's administration suffered a stinging (and highly embarrassing) defeat.

The U.S. is also blocking the world's path toward an international rule of law for debt and finance. If bond markets, for example, are to work well, an orderly way of resolving cases of sovereign insolvency must be found. But today, there is no such way. Ukraine, Greece and Argentina are all examples of the failure of existing international arrangements. The vast majority of countries have called for the creation of a framework for sovereign-debt restructuring. The U.S. remains the major obstacle.

Private investment is important, too. But the new investment provisions embedded in the trade agreements that the Obama administration is negotiating across both oceans imply that accompanying any such foreign direct investment comes a marked reduction in governments' abilities to regulate the environment, health, working conditions and even the economy.

The U.S. stance concerning the most disputed part of the Addis Ababa conference was particularly disappointing. As developing countries and emerging markets open themselves to multinationals, it becomes increasingly important that they can tax these behemoths on the profits generated by the business that occurs within their borders. Apple, Google and General Electric have demonstrated a genius for avoiding taxes that exceeds what they employed in creating innovative products.

All countries -- both developed and developing -- have been losing billions of dollars in tax revenues. Last year, the International Consortium of Investigative Journalists released information about Luxembourg's tax rulings that exposed the scale of tax avoidance and evasion. While a rich country like the U.S. arguably can afford the behavior described in the so-called Luxembourg Leaks, the poor cannot.

While a rich country like the U.S. arguably can afford the behavior described in the so-called Luxembourg Leaks, the poor cannot.

I was a member of an international commission, the Independent Commission for the Reform of International Corporate Taxation, examining ways to reform the current tax system. In a report presented to the International Conference on Financing for Development, we unanimously agreed that the current system is broken, and that minor tweaks will not fix it. We proposed an alternative -- similar to the way corporations are taxed within the U.S., with profits allocated to each state on the basis of the economic activity occurring within state borders.

The U.S. and other advanced countries have been pushing for much smaller changes, to be recommended by the OECD, the advanced countries' club. In other words, the countries from which the politically powerful tax evaders and avoiders come are supposed to design a system to reduce tax evasion. Our commission explains why the OECD reforms were at best tweaks in a fundamentally flawed system and were simply inadequate.

Developing countries and emerging markets, led by India, argued that the proper forum for discussing such global issues was an already established group within the United Nations, the Committee of Experts on International Cooperation in Tax Matters, whose status and funding needed to be elevated. The U.S. strongly opposed: it wanted to keep things the same as in the past, with global governance by and for the advanced countries.

New geopolitical realities demand new forms of global governance, with a greater voice for developing and emerging countries. The U.S. prevailed in Addis, but it also showed itself to be on the wrong side of history.

PHOTO GALLERY
Nations That Gave The Most In Development Aid In 2014
Download
Calling all HuffPost superfans!
Sign up for membership to become a founding member and help shape HuffPost's next chapter
Join HuffPost 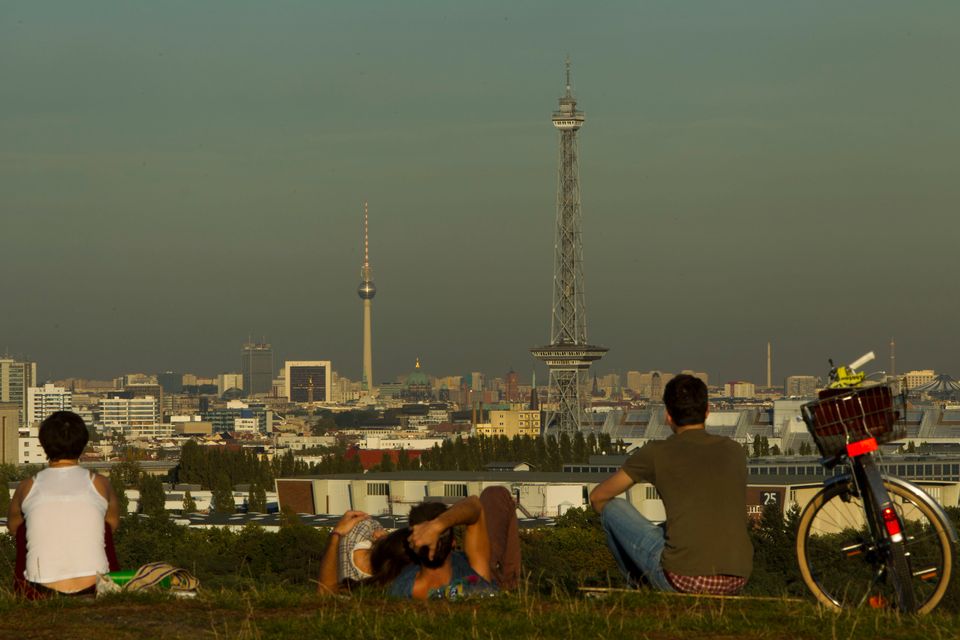 1 / 10
Germany
Germany gave 0.41 percent of its GNI to development assistance in 2014.
AP/Markus Schreiber