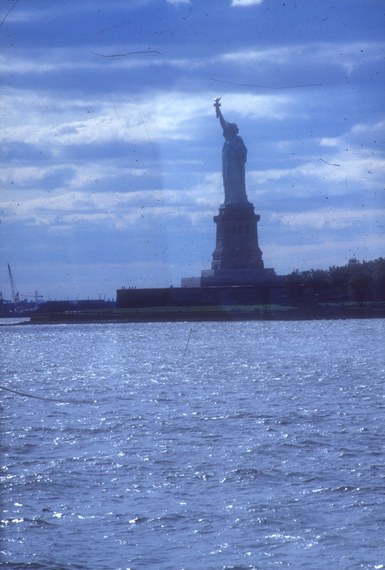 Donald Trump is a con man running the biggest con perhaps in US History. Mike Pence is a homophobic, sexist xenophobe who wants a warped Christian theocracy. They don't hide their contempt for everyone and everything not like them. Hillary Clinton is a career politician at first by marriage (first lady of Arkansas and then the United States) and then by election and appointment (Senate, Secretary of State). She is the most qualified candidate for President in the history of the US Presidency and the first woman. She was correct about a vast right wing conspiracy against her and her husband which proved to be not so much conspiracy and actual matter of Republican policy. She is not perfect, has made mistakes, and lived with the consequences.

And if you believe the polls, almost half of America thinks the worst people running should be take office and that somehow she is a villain.

And the other half is beginning to hate them.

It is the most uncivil of wars, and it will not be over with a simple election. No, the ideological battle fought for the soul of America will not end on a Tuesday in November of 2016. That ship has sailed, the genie is out of the bottle: the open hatred, bigotry, sexism, homophobia, transphobia, isolationism and every other horrid, grisly part of the American psyche, the monster in the closet, has been released and is never going back. Either we will vanquish it starting with a rebuke of the current personification of pure evil, Trump and Pence, or more will embrace it and show the world their face, the ugly face and black soul that has always been there but is now unafraid to be seen.

Did this ugliness start with us? Were many of the religious zealots, too extreme for European society, put on boats and asked to leave, that first inhabited our shores poison seeds to begin with? Did the Republic that grew out of this stock start with an illegitimacy,, a black mark too deep to ever erase, a scar so ugly it would never fade, in the guise of slavery? Subjugation of women? Murder of indigenous people and systematic genocide? Homophobia so severe it included death?

Were we sold a myth that we could be anything more than civilized savages? As a float in a parade in Indiana in October of 2016 boasted a Donald Trump electrocuting opponent Hillary Clinton in an electric chair, as black men are being publicly lynched on social media in the guise of police shootings and those that protest it told how, when and where they should do so...it would be easy to say "yes, yes the beast has won."

Which is just what the beast would want. Viruses want to thrive, they want to take over, as do harmful bacteria. The body knows this and launches major offenses to keep them at bay. When that system is overwhelmed, the host will die from infection. So we have to ask, is the infection in the body politic, major media and social fabric of America too great? Have the powers of good, the immune system of the USA, finally been overwhelmed by oligarchs and despots intent on division, hatred and subjugation?

How many were quick to hear an inner voice say, "yes, the insane are running the asylum, it's all over except the shouting..." How many believe the dystopian views of modern day sci-fi are all but a reality?

And what if they are? There were Romans after Rome fell, today they're called Italians, European.

The problem is all the data says yes, and has said so for years. Even a super-computer came up with the notion that we can't survive past 25 years as a society if income equality and all of the other bleeding arteries aren't cauterized. Economist all say places like San Francisco and Los Angeles can't go on with skyrocketing rents, impossible costs of living and wages that don't keep up. All the signs are there.

Not since the time of Lincoln has America been more split, Red versus Blue.

And maybe it's time we stop pretending and start solving the problem. Even if it means we split up. A Brexit. Because the Brexit is out of the bag. Once unions start splitting, they usually don't unify, it's a contagion that spreads. And it ends with world-wide power realignment, new super powers rise, others fall. Remember, Britain once literally ruled the world from their little isle in the North Atlantic, all the way to Africa, Australia and points therein. Rome before it.

No matter the outcome, the damage is done. The splits have happened, the divides widened, the bridges torn down, sides chosen. The myth of a United States of America has finally ended, Lincoln's dream shattered. We are a divided people on a ship headed for rocky, treacherous shores.

It took years to repair the divides the first Civil War caused, in fact, they are yet resolved as people still fight for the very flag that symbolized the division. After the ideological wars fought in the media of 2016 healing will be a long time coming, if it happens at all.

The answer? Find a state where the laws and the people are most like you and try and weather the growing storm there, no matter the outcome of 2016.

Or, if you have the resources and are over 40, perhaps Canada, Europe or Uruguay and the ex-pat communities there would interest you.

Either way the notion that the election will mend the rifts, will bridge the divides, and will unify the nation so we can move in to the 21st Century in a progressive, modern way is as much a fantasy as my mad affair in the West of Ireland with Collin Farrell.

America has fallen. That's obvious to the world. Will we get up? And will we rise the classist, sexist bully or the kinder, understanding friend? Either way, it doesn't matter, the handicap the fall has caused could be so debilitating the answer is irrelevant.

The ugliest faces of America are being seen, the most vile voices heard. The world can't unhear, unsee, unfeel. Thinking people, true progressives, Americans that actually care about each other and country now feel like the enlightened of Poland, of East Berlin, as they watched a darkness take over that lasted for decades. They emerged, forever changed. But first, many left.

America has fallen. There are no superheroes to save the day,