I have been traveling to East Asia (and many other parts of the world) for more than 25 years and over that time one of the things that has always struck me is how intelligent the general public in countries like Japan appear to be. It's not that there aren't dummies in East Asia, but it always seems that the average level of education and ability to think about the world intelligently and critically is impressively widespread. I've often thought about why this is the case and also why the same seems more difficult to say about the U.S. The answer, I think, can be found in a comment science fiction writer Isaac Asimov made about the U.S. while being interviewed in the 1980s: "There is a cult of ignorance in the United States, and there has always been. The strain of anti-intellectualism has been a constant thread winding its way through our political and cultural life, nurtured by the false notion that democracy means that my ignorance is just as good as your knowledge."

Asimov is right on the mark, and this cult of ignorance is the most serious national security issue facing the U.S. today. It is more important than the external threats from terrorists or the rise of a politically and economically powerful China. And a major part of the reason it is such a major issue for Americans to fix is that our immediate competitors, particularly those in Asia, have managed to create a culture in which rather than a cult of ignorance, a cult of intelligence plays a major role in shaping attitudes about the world and, thus, policies about dealing with other countries.

Many Americans are aware that the U.S. does not score well on measure such as international student assessment tests when compared to other industrial countries. For example, the 2011 Trends in International Mathematics and Science Study (TIMSS) the top five societies for math were Singapore, South Korea, Hong Kong, Taiwan, and Japan-- the U.S. is not in the top ten. It is better by 8th grade, where the same societies are in the top five (although the order changes) and the U.S. makes number 9. Roughly the same pattern can be seen for science results. This doesn't seem too bad, but in a different testing organization's measure, the Programme for International Student Assessment, the U.S. does not fare quite so well, scoring 36th for math, 28th for science, and 24th for reading. With the exception of science, where Finland is ranked 5th, all of the top five countries in this measure are from East Asia.

American policy has generally worked from the assumption that the problem lies in basic weaknesses in the structure of our educational system with its inherent inequalities and the way in which our school curricula are constructed. These certainly have contributed to comparatively weak scores. I have long been convinced that one of the reasons Japan's educational system is better than the U.S.--at least in the sense that a very broad swath of the general public receives a good and equal education through high school--is related to funding. The U.S. system generates inherent inequalities in school funding by depending upon property taxes. Even in states where there is some (usually grudging) redistribution of wealth to support public schools in poor areas (in Texas it is called the Robin Hood law), it is obvious that children in wealthy areas receive a better education with far greater academic and other resources than those in poorer areas. In Japan, because there is a national curriculum and a significant portion of the funding for public schools comes from the national government, in addition to funding from prefectural and municipal governments, there is considerably less inequality in distribution of and access to quality education than in the U.S.

Unfortunately, the troubles with the U.S. education system are much deeper than distribution of funding or curriculum weaknesses, although these are both a byproduct of the cultural issue that Asimov observes. The troubles lie in the cult of ignorance and anti-intellectualism that has been a long-standing part of American society and which has become increasingly evident and powerful in recent years through the propagandizing and proselytizing of groups like the Tea Party and the religious right.

The fundamental reason that countries in places like East Asia present such a significant challenge to the U.S. politically and economically is not because they have a lot of people or big militaries, or seem to be willing to grow their economic and political might without concern for issues like damage to the environment (China). The problem is that these countries have core cultural values that are more akin to a cult of intelligence and education than a cult of ignorance and anti-intellectualism. In Japan, for example, teachers are held in high esteem and normally viewed as among the most important members of a community. I have never run across the type of suspicion and even disdain for the work of teachers that occurs in the U.S. Teachers in Japan typically are paid significantly more than their peers in the U.S. The profession of teaching is one that is seen as being of central value in Japanese society and those who choose that profession are well compensated in terms of salary, pension, and respect for their knowledge and their efforts on behalf of children.

In addition, we do not see in Japan significant numbers of the types of religious schools that are designed to shield children from knowledge about basic tenets of science and accepted understandings of history--such as evolutionary theory or the religious views of the Founding Fathers, who were largely deists--which are essential to having a fundamental understanding of the world. The reason for this is because in general Japanese value education, value the work of intellectuals, and see a well-educated public with a basic common knowledge in areas of scientific fact, math, history, literature, etc. as being an essential foundation to a successful democracy.

Americans need to recognize that if the cult of ignorance continues, it will become increasingly difficult to compete politically and economically with countries that highly value intelligence and learning. Nowhere is this more problematic in the U.S. than among a growing number of elected officials who are products of that cult of ignorance and who, thus, are not equipped to compete with their international peers. Why is this a problem of national security? Because a population and its leadership need to have the knowledge and intellectual skills necessary to analyze world affairs in an intelligent and sophisticated way and to elect intelligent, capable representatives. The problem is not really with our educational system; it is with our educational culture. Americans need to remember the words of Thomas Jefferson, who wrote to Charles Yancey on January 6, 1816: "if a nation expects to be ignorant & free, in a state of civilization, it expects what never was & never will be."

PHOTO GALLERY
Education around the world
Download
Calling all HuffPost superfans!
Sign up for membership to become a founding member and help shape HuffPost's next chapter
Join HuffPost 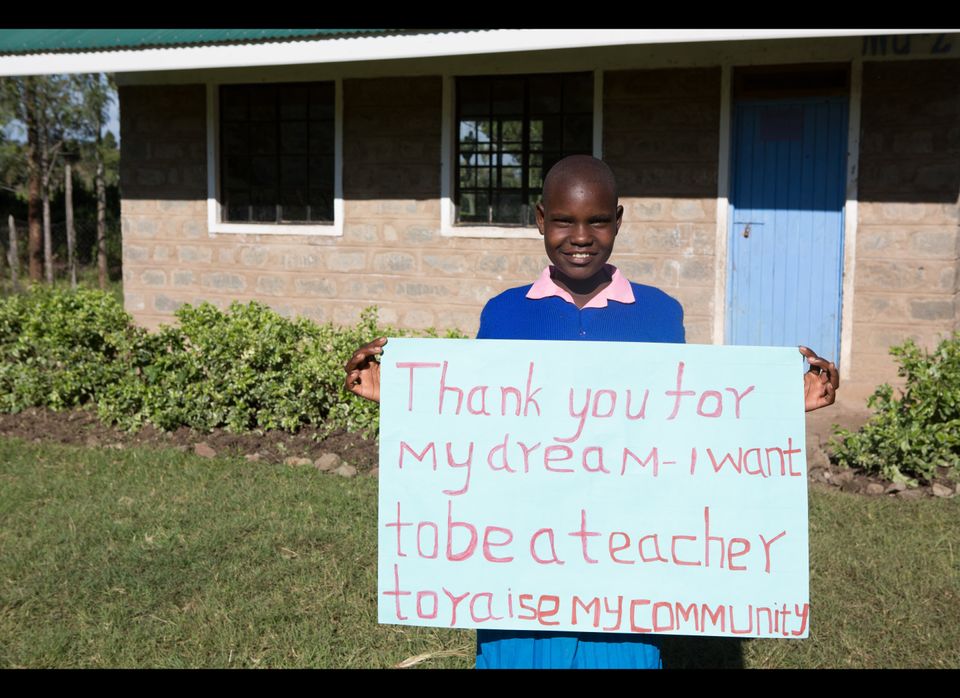 1 / 10
Emori Joi, Kenya
A future teacher outside her primary school in Emori Joi, a pastoral Kipsigis community in Kenya’s Rift Valley. In 2002, Kenya’s newly elected government made primary education free, leaving no time for schools to prepare for the one million additional eligible children. To this day, the government is struggling to catch up, so Free The Children builds schools and schoolrooms, libraries, latrines, clean water projects, agriculture and health programs, and alternative income programs to remove barriers to children attending school, while the Kenyan government pledges to maintain the schools in their entirety, including hiring teachers and providing materials and resources.