CAMBRIDGE, Mass. -- Given the gridlock in Washington, is America going the way of the Roman Empire? Some analysts argue that the costs of exercising power overseas weakens domestic economies and contributes to their decline because of "imperial overstretch." But America does not fit that theory because defense and foreign affairs expenditures have actually declined as a share of GDP over the past several decades. Nonetheless, the United States could decline not because of "imperial overstretch," but for domestic reasons. After all, Rome did not succumb to the rise of another empire. It suffered an absolute decline in its society, economy and institutions that left it unable to protect itself from hordes of invading barbarian tribes. Rome rotted from within when people lost confidence in their culture and institutions, elites battled for control, corruption increased and the economy failed to grow adequately. Could the U.S. lose its ability to influence world events because of domestic battles over culture and institutions? Culture is never static and critics often lament the ways of the current generation. While the United States has many social problems, they do not seem to be a getting worse in any linear manner. Some are even improving, such as crime, divorce rates and teenage pregnancy. While there are culture wars over issues like same sex marriage and abortion, polls show an overall increase in tolerance. Civil society is robust, and polls show weekly church attendance at 37 percent is only slightly lower than a decade ago. Past culture battles over slavery, prohibition, McCarthyism and civil rights were more serious than any of today's issues. People often attribute a golden glow to the past and that makes it easy to assert decay.

Greater uncertainty surrounds the question of American institutions. Many observers believe that gridlock in the American political system will bring us down. While partisan gridlock today has been rising, the question is how much worse the situation is than in the past. Our Constitution is based on an 18th century liberal view that power is best controlled by fragmentation and countervailing checks and balances rather than centralization. American government was designed to be inefficient so that it presented less threat to liberty. As The Economist of London commented, "America's political structure was designed to make legislation at the federal level difficult, not easy. Its founders believed that a country the size of America is best governed locally, not nationally... So the basic system works; but that is no excuse for ignoring areas where it could be reformed" such as the gerrymandered safe seats in the House of Representatives and the blocking procedures of Senate rules. Despite growing ideological differences since the 1970s, partisan paralysis is not complete.

Ancient Rome had an economy without productivity, a society riven by internecine warfare, and in political institutions, rampant corruption and decay that made Rome incapable of defending itself. Despite our problems, the facts make it hard to sustain an analogy with the United States. American culture has cleavages, but they remain manageable and less dangerous than at times in the past. Our society remains open to the outside world and better able than most to renew itself by immigration. The American economy remains innovative at using and commercializing technologies because of its entrepreneurial culture, the most mature venture capital industry, and a tradition of close relations between industry and the world's top ranking universities. It leads the world in R&D, and is at the forefront of new cyber, nano, bio and energy technologies that will be crucial to this century.

Real problems exist in terms of inequality and educating the workforce of the future, but they have not prevented economic growth. The largest questions are about political institutions. Political gridlock was designed into the federal system from the start, but it has been increasing in Washington in recent years. At the same time, the federal system also ensures diversity and the potential for innovation in states and cities. And the lesser role of government means that much of the innovation in America occurs outside Washington. Moreover, despite the increased partisan bickering, several serious problems ranging from deficits to health care costs have improved rather than deteriorated in recent years. America has many problems, but we are not like Rome.

Read Joe Nye's newest book, "Is the American Century Over?"

PHOTO GALLERY
10 States Where Income Inequality Has Soared
Download
Calling all HuffPost superfans!
Sign up for membership to become a founding member and help shape HuffPost's next chapter
Join HuffPost

Is America Like Rome?
10 States Where Income Inequality Has Soared 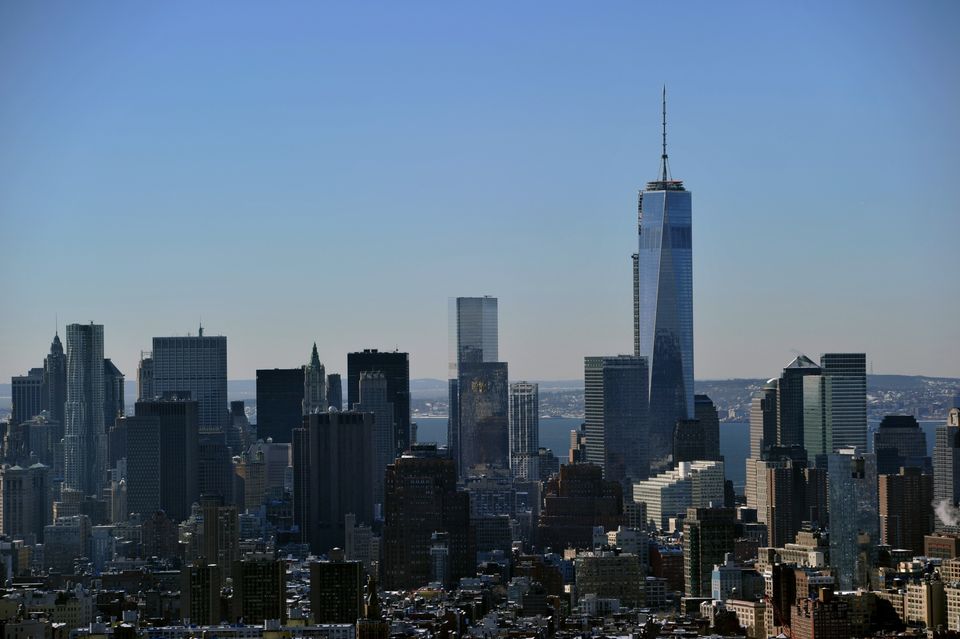