It is by now a familiar story. Children, women, men -- dozens upon dozens of them -- stuffed into small boats meant to hold only 30 people. They know they have no lives left in their home country. They trust their bodies and their babies to the unforgiving ocean, and their souls to an unknowable future on foreign shores. But I'm not talking about Syrian refugees today.

This story also took place nearly 40 years ago. Nga Ha was among those who fled, when she was a girl of 17. She tells me her tale.

"My family and I luckily all survived, but it was really scary," she says. "A lot of people died. No food, no water, and you're just in the middle of nowhere, in the sea." A 30-year-old named Nga Nguyen was on a different boat.

"A storm was coming," she says. "We saw an international oil rig but they told us that, by law, they couldn't rescue us unless we were 'in distress.' And so we destroyed our small boat from the inside. Once it was destroyed, they could -- and did -- legally rescue us."

'Looking at the news, I am reliving that period of my life. We left because we had no choice. And now -- it's the same story happening all over again.'

Nga Ha and Nga Nguyen were running from violence in Vietnam. They are two of the more than 800,000 who fled into the sea -- and they survived. The bodies of up to 400,000 more of their compatriots washed up on beaches or were eaten by fish. Ask Nga Nguyen what she feels when she turns on the television today.

"Looking at the news, I am reliving that period of my life," she says. "We left because we had no choice. And now -- it's the same story happening all over again." For many, this refugee crisis feels like déjà vu. The biggest difference is that, while we don't know what will happen to the families we see crowding the beaches and train stations of Europe today, we do know what happened to Nga Ha and Nga Nguyen. They are both Americans now. They were resettled to my country in or around the year that I was born: Nga Ha to New York City, and Nga Nguyen to Orange County. Indeed, New York and Southern California -- most notably Los Angeles, San Diego and Orange County -- long ago proved themselves to be moral leaders of our country in terms of resettlement numbers.

It is not only the distress of refugees that must capture our hearts, but also the potential of resettlement that should engage our minds.

The America that I grew up in is one that also raised refugee children. It wasn't always easy to embrace foreigners -- and traumatized ones at that -- and it took a monetary investment, but from a distance of 40 years, we can clearly see how that investment paid off multifold. Former refugees became my teachers, my doctors, the owners of the bodega down the street who would slip me an extra chocolate after a hard day at elementary school.

How have we fallen so far? Between 1976 and 2000, the organization that I work for, the International Rescue Committee, was able to resettle approximately 55,000 Vietnamese alone. We can do that again. We can do even more.

Nga Ha and Nga Nguyen -- along with many other former refugees -- are today my colleagues at the IRC. They went through horrific times, and from that horror, they dedicated their lives to helping others. They are a reminder to me that, once our politicians finally climb over onto the right side of history -- too late for some, but in time to save others -- we will be luckier as a country.

David Miliband, president of the IRC, has called on the U.S. to take in 100,000 Syrian refugees by the end of 2016. We must echo that call. It is not only the distress of refugees that must capture our hearts, but also the potential of resettlement that should engage our minds.

These individuals will be assets to our society.

PHOTO GALLERY
Iconic Images Of The Vietnam War
Download
Calling all HuffPost superfans!
Sign up for membership to become a founding member and help shape HuffPost's next chapter
Join HuffPost

America, the Answer to the Syrian Refugee Crisis Lies in Your History With Vietnam
Iconic Images Of The Vietnam War 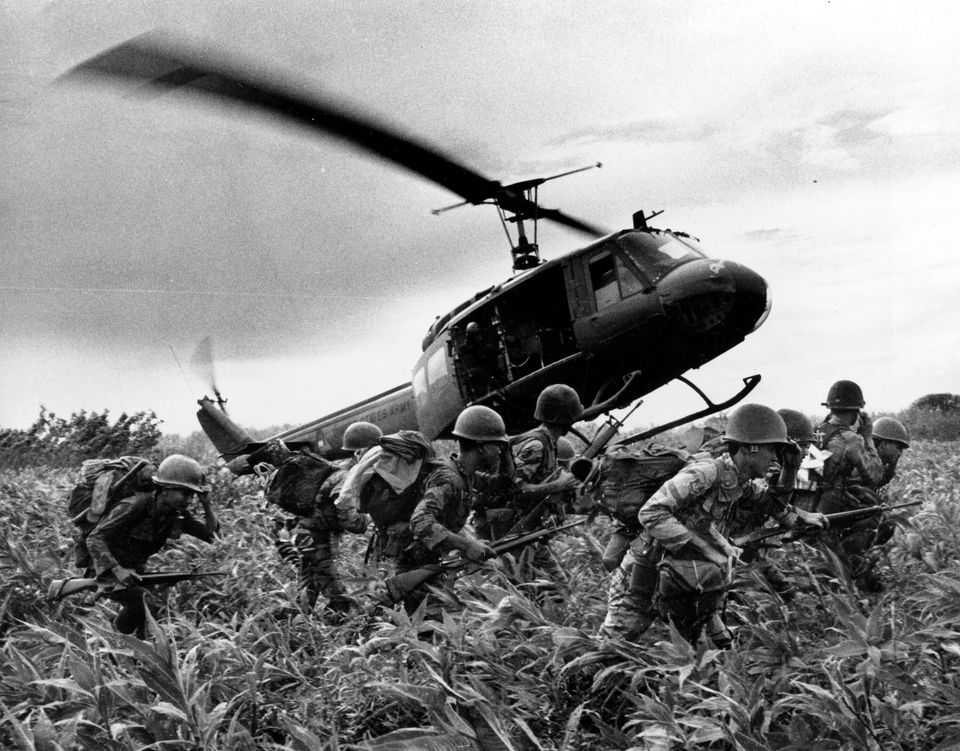 1 / 23
In this June 1970 file photo, taken by Associated Press photographer Huynh Cong "Nick" Ut, south Vietnamese Marines rush to the point where descending U.S. Army helicopter will pick them up after a sweep east of the Cambodian town of Prey-Veng during the Vietnam War. (AP Photo/Nick Ut, File)
AP