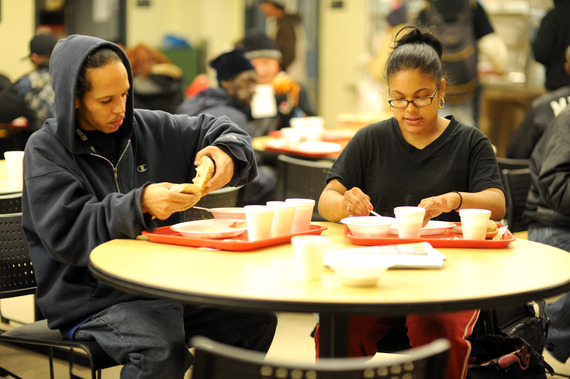 Did you grow up believing that America was the land of opportunity, that if you stayed in school and graduated, worked hard and played by the rules you could get ahead? I did and while it worked for me, now I am not too sure it still works for the majority of young people. I grew up during that golden time for American workers from 1947 to 1973 when worker productivity rose every year and incomes and benefits rose as well at the same level. Middle class people bought homes and cars, went to college for little money or for free and believed in the American Dream. Millions of low-income people moved up to the middle class. The dark side of the economy was that people of color were largely excluded and women were marginalized but there were movements afoot that were beginning to change those injustices. People had hope, especially young people.

Today we seem to have a struggling generation of young people who do not have good jobs, health insurance, pensions, houses or hope. A much higher percentage spend long periods of time unemployed or underemployed, have a trillion dollars of college loan debt, billions more in credit card debt and often become hungry and poor.

There are certainly several reasons beyond the economy for this drift, but the dysfunctional economy is at the heart of the crisis. The great hope is that there is a growing movement for economic justice that includes raising the minimum wage nationally, as it has already been raised in more than 150 states and local communities, and more importantly establishing a living wage beyond the minimum wage. This movement for economic justice also includes rethinking the way community colleges work and the kind of tuition supports available at all colleges, creating universal pre-K programs and parent/child learning experiences and expanding wage supports such as the Earned Income Tax Credit and the Child Tax Credit. All of these measures are helpful but they do not in themselves create a just economic society.

The basic often unspoken contract between employers and workers has been shattered. The idea that a company is responsible for providing fair wages and benefits to all its employees, protecting the environment and health of the workers and the people in the community now seems like a vestige from a long ago age. Over the past few decades a major shift has taken place with the advent of what is called shareholder capitalism originally espoused by Milton Freidman who preached that there is only one social responsibility of business, to increase profits. Tragically, his views have taken over most of American business culture and given support for the great migration of American jobs and investment oversees as well as other business practices that have harmed American workers and their families. If you believe that the only social responsibility of business is to make as much profit as possible then anything goes and anything can be justified by the bottom line and the quarterly profit and loss report.

During the Great Recession thousands of businesses laid off people and made the remaining workers do double duty work or more at the same or reduced salary. Take it or leave it. As the recession eased up many of those same companies did not hire new workers but kept up pressure on the remaining workers to just keep working harder. At the same time pensions and other benefits were lost or reduced, all sacrificed at the altar of profit.

Most American businesses are doing quite well now piling up record profits without improving the pay or benefits of their workers. It seems like we are back in the Gilded Age of the 1890s or the pre-depression age of the 1920s just before the stock market crash. How long can a society get by without the majority of its working citizens getting a raise beyond inflation? How long can a society stay healthy when the top one percent reaps almost all the financial benefits of the past five years? How long can we continue to say that we are the Land of Opportunity when we have millions of long term unemployed who want to work but cannot find a job? How long can our leaders support the great lie that greed is good and allow those at the very top of the economic ladder to buy our elections and our government?

As I reflect back on my belief in the American dream when I was a young person and how powerful a force it was for me entering adulthood, I am more determined than ever to help build the growing movement for economic justice that is at the heart of the real American dream.