In the film "Chungking Express," the actress Faye Wong listens to the Mamas and the Papas hit "California Dreaming" on repeat while she works odd hours at a local snack bar. Through this repetition, it becomes obvious that her dreams of America are palpable, but so is the distance to get there. In this way, the country becomes a fantasy destination, rather than a reality. In a new exhibition at the Museum of Chinese in America, however, we are able see the U.S. through the images from and of its Chinese visitors and immigrants.

"America Through A Chinese Lens" is curated by Herb Tam, with help from Ryan Lee Wong. In a tour of the exhibition, Tam, who grew up outside of San Francisco, admitted, "If you're Asian American in the suburbs, you feel alienated." He continued, "You feel [prejudice] more in public spaces." With this in mind, the images become more nuanced than at first glance; the exhibition is not composed of stylistic similarities, but of emotional undercurrents. Instead of simply seeing two bored teenagers in a car, we see the result of another weekend spent in each other's company -- the alienation of youth is compounded by the alienation of being an outsider in your own hometown.

In tandem with the exhibition, there is a Tumblr featuring the work of An Xiao, a Chinese-American photographer with a great eye for catching beautiful moments in Los Angeles. Today she wrote, "Heading north on the 5, still in Los Angeles County. I swear I see a section of the Great Wall in the distance..." Through her eyes, we believe it. 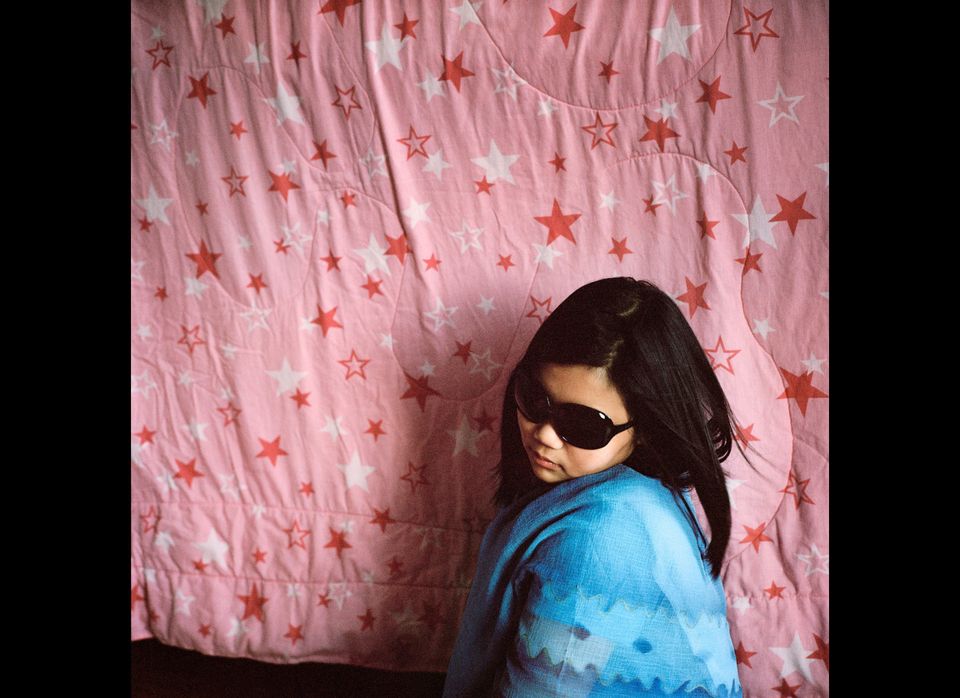