Is America ready for topless sunbathing beaches? Will it be good for tourism?

August 25th marked the sixth anniversary of Go Topless Day. It's always held right around Women's Equality Day, which this year marked the 93rd anniversary of the 19th Amendment giving American women the right to vote.

Celebrations and protests in favor of top-free rights were held around the world, including in over 30 U.S. cities.

Some women feel since American society has sexualized women's breasts for so many years, it's going to take much more than an annual celebration/protest to change attitudes allowing topless sunbathing, so why even bother.

Other women point out how liberating it is to be top-free, especially at beaches. And it's immaterial whether some people in society sexualize breasts or not. Going topless wherever men can be shirtless is a matter of legal equality. And the New York Supreme Court agreed with these women in 1992, making it legal to be topless in New York.

Most people don't realize, but it used to be illegal for men to be shirtless on U.S. beaches. It was felt that the sight of a man's bare chest in public was immoral, so women and children had to be protected from those "evil" bare chests.

Guys put up with wearing wool jersey tank tops at beaches. If they dared to show a nipple, they would be arrested. Then during a heat wave in the mid 1930s, hundreds of thousands of men protested by going shirtless and tens of thousands were arrested. Of course, the results were, as most citizens already wanted, judges found it silly to force men to wear tops while swimming.

Fast forward to 2013. Go to any park or beach in Europe on a warm sunny day and you will see lots of topless bikinis. Office workers in Munich go topless sunbathing during lunch hour in Englischer Garten, the largest European city park, which is like New York's Central Park. In Spain, all beaches and public pools are legally topless. Of course French, Greek and Croatian beaches are famous for their topless and nude sunbathing.

Topless sunbathing is so popular in Europe, it's also called European sunbathing.

Earlier this year France reported that about two million tourists go there every year to their nudist resorts and nude beaches. If the average nude tourist spent $1,000 on vacation, that's $2 billion dollars. This doesn't even include how many more tourists go to France to topless sunbathe. Clothes free sunbathing is big business.

Here in the U.S., an estimated 1.3 million tourists go to Haulover Beach in Miami every year. It's a legal nude beach and contributed an estimated $933 million to their local economy in 2010. In 1991, Haulover was a gang and drug infested bathing suit mandatory beach. Since legally becoming a nude beach, it's now the most popular beach in the Miami area. And surveys show that tourists at Haulover go to Miami for that beach.

It seems every special interest group has land set aside for their use except for topless sunbathers. You have tens of thousands of city, county and state beaches, yet less than 50 allow legal topless or nude sunbathing. Cities and counties subsidize golf courses, tennis courts, hiking, biking and horse trails. There are city baseball, basketball, football and soccer fields. Some cities even own ice skating, bowling and skate board parks and arenas.

Topless sunbathing is good for tourism. By not allowing it, America handcuffs tourism, which is one of our largest industries. If topless sunbathing makes economic sense to Europeans, why not Americans?

The Puritians migrated here in the mid 1600s. Haven't we matured as a society since then? Why do most politicians still adopt their mantra that nudity of any kind is evil?

Americans want to try topless sunbathing. Last year a Huffington post poll showed 73.9 percent of respondents favored topless beaches, 8.6 percent were unsure and only 17.5 percent were against them.

Topless sunbathing is a great way to boost your self esteem. Once women see other women comfortably topless sunbathing, they quickly realize that the concept of having "perfect breasts" are just school boy fantasies created by plastic surgeons and Hugh Hefner.

Topless beaches would be easy to create. You just post signs saying, "Beyond this Point you will encounter Topless Sunbathers." Nude beaches already successfully use this type of signage.

Can American tourism afford not to allow topless sunbathing? 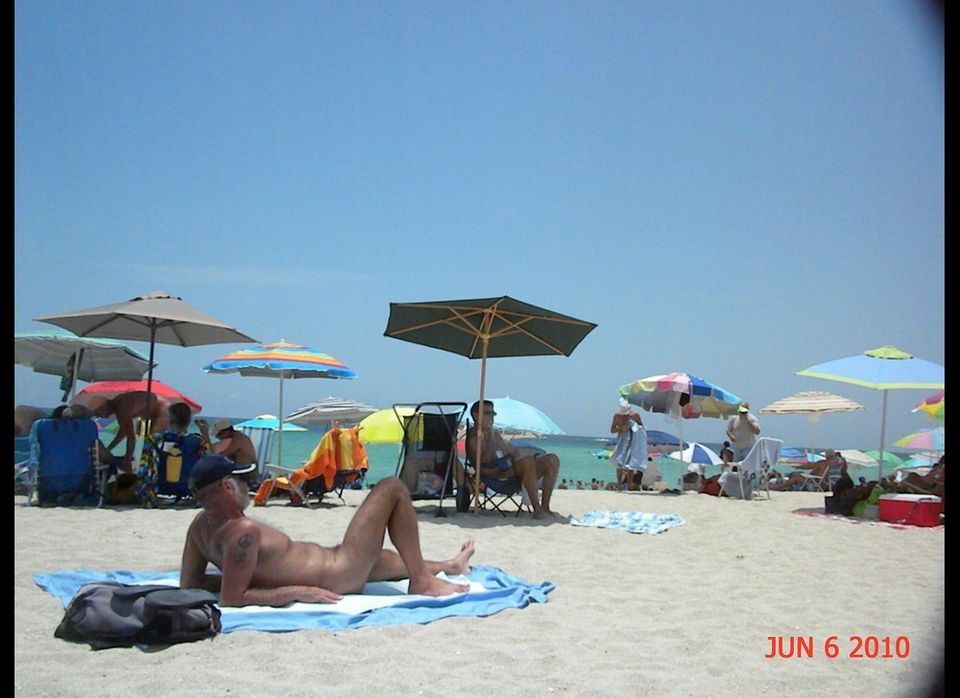