With thousands of regular Russian troops in Ukraine and tens of thousands massed on the border, the danger of further Kremlin aggression in Ukraine is high. America must work urgently with its European allies to find a stronger and more effective response to deter this threat. Based on strategic analysis and long diplomatic experience, we offer here three basic principles that should guide America's response to this international crisis.

First, we recommend that America should meaningfully recognize its obligations to Ukraine under the 1994 Budapest Memorandum on Security Assurances.

In this agreement, Russia, the United States and the United Kingdom committed to support Ukraine's sovereignty and territorial integrity in exchange for Ukraine's relinquishment of the Soviet nuclear weapons in its territory. The cause of nuclear nonproliferation will suffer throughout the world if American security assurances, which were offered in exchange for a country giving up nuclear weapons, are subsequently found worthless when the country faces aggression. We want the world to see that Ukraine's peaceful surrender of nuclear weapons has earned it access to conventional weapons when it truly needs them to defend its borders.

America should make clear that its assistance under the Budapest Memorandum involves delivery of defensive weapons because Ukraine's borders were violated and further aggression is looming. Such assistance would be provided immediately and could include anti-armor, anti-aircraft, anti-missile and intelligence-gathering equipment. Such assistance would raise the price of a possible grab by the Kremlin or its surrogates for the port city of Mariupol or for additional territory in the Luhansk and Donetsk Oblasts. Mr. Putin is very vulnerable here. Polls by Moscow's Levada Center over the past few months show that over two-thirds of the Russian people do not want Russian soldiers fighting in Ukraine. The United States should inform Moscow that the flow of such equipment would stop once Russia fully implements its commitments under the Minsk process: withdraws Russian fighters (regular soldiers and "volunteers") and military equipment from Ukraine; and respects Kyiv's full control of the Donbass, including its side of the Russia-Ukraine border.

Second, to ensure alliance solidarity and to further encourage Mr. Putin to cease his aggression, America should make a strong conditional offer that, once the Kremlin has fully implemented its Minsk commitments and Ukraine has complete control of the Donbass, the United States would pledge not to support Ukraine's membership in NATO. This condition would require a Kremlin understanding in some form that Ukraine has the right to establish any non-military relationship with the European Union that the two sides may find acceptable, and ongoing Russian respect for Ukraine's sovereign choices and territorial integrity.

This offer would directly address Russian security concerns about NATO expansion. But by demanding Russia's basic respect for Ukraine's borders, it would enhance Ukrainian security quickly in ways that the theoretical prospect of NATO membership cannot. We can understand that Moscow would strongly object to NATO advancing on its borders, but this proposal should reassure Moscow in a way that does not guarantee Russia's security at the expense of its neighbors' insecurity.

The most important force for the defense of Ukraine is the patriotic valor of its people who have faith that they can be better served by a sovereign independent Ukraine. Political reforms that strengthen their faith can do more for the future of Ukrainian independence than military hardware.

Thus, our third recommendation is that the United States should encourage Ukraine's leaders to fully implement the reforms that they promised in their election manifestos, and give the people of Ukraine a more accountable government that will serve them better in the future.

It is disturbing that there has been so little progress toward reform, even after a commanding majority voted for fundamental reform in Ukraine's recent parliamentary elections. The United States and its European partners should remind President Poroshenko and Prime Minister Yatsenyuk that our support for Ukraine's stressed economy will be contingent on their implementing a fast and effective reform program.

Roger Myerson is the Glen Lloyd Distinguished Service Professor at the University of Chicago and was awarded the Nobel Memorial Prize in Economic Sciences in 2007.

John Herbst is director of the Dinu Patriciu Eurasia Center at the Atlantic Council and served as U.S. ambassador to Ukraine from 2003 to 2006. 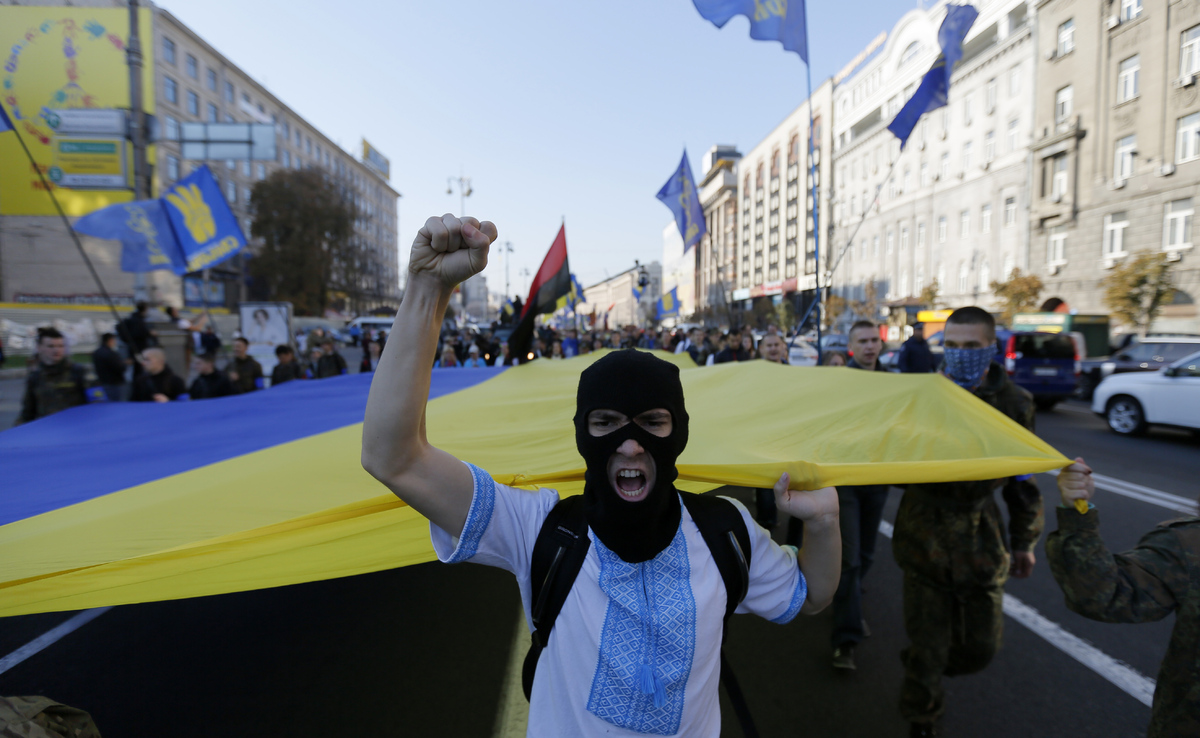