The conservative American Action Network has launched a $1.2 million campaign urging 35 Republican members of the House of Representatives facing tough reelection fights to continue pushing for the repeal of Obamacare. 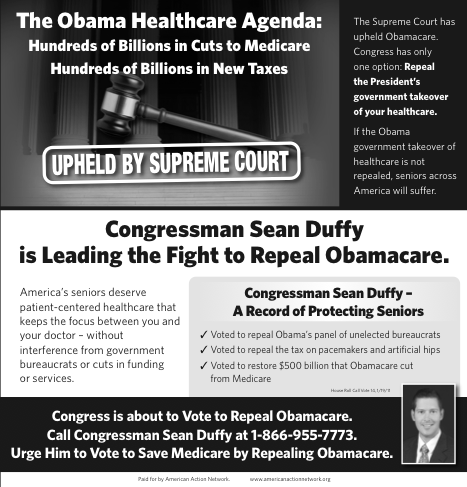 AAN is planning to spend at least $10 million during the 2012 election cycle in districts where there are "competitive House races but state parties with little ability to provide a lift," Politico reported on Sunday. The group already has organizers on the ground in specific districts, and it plans to build out "a broader, issues-specific grassroots network with endurance."

AAN joins several other conservative non-profit groups that have announced expensive national campaigns in recent days, including Crossroads GPS and Americans for Prosperity.