Marriott Hotels and American Airlines have both written letters to Arizona Gov. Jan Brewer (R) requesting that she veto the pending anti-gay legislation SB 1062. The bill, which passed both houses of the state legislature last week, would allow businesses to refuse to serve same-sex couples on the grounds of "religious freedom."

BuzzFeed legal editor Chris Geidner tweeted what he said was a copy of Marriott's letter Monday. In the letter, the hotel chain said the law would have “profound negative impacts” both on hotels operating in Arizona and the state's economy as a whole. Marriott did not immediately return The Huffington Post's requests for comment.

American Airlines sent a separate letter Monday expressing similar sentiments. If enacted, the airline said, the law would “jeopardize” Arizona’s economic recovery by “reducing the desire of businesses to locate in Arizona.” 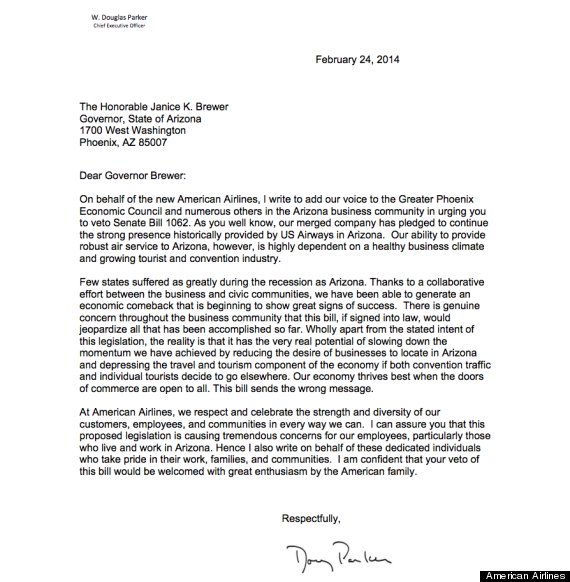 Brewer has until next Friday to decide whether or not she will veto the bill.