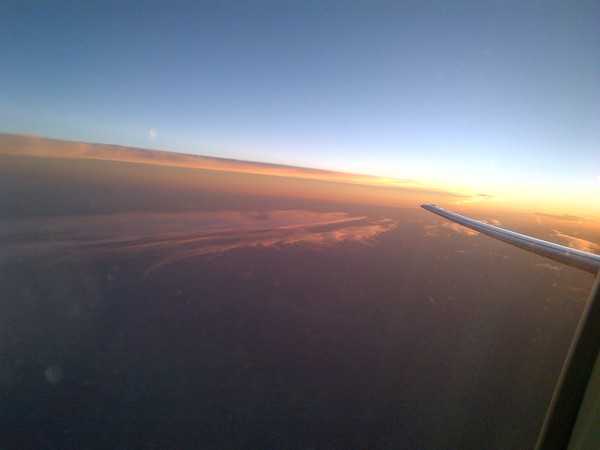 I was traveling with my three sons a little while ago. Here is my story as related to my friends on Facebook that day.

"A little story from 35000 feet. Traveling with my three sons today. There was a fire at the Chicago control tower which resulted in a full groundstop in Philadelphia for planes heading to Chicago, but not for planes leaving Chicago. I started tweeting with the airline while on the ground. Once up in the air, got on 'wifi' and continued the dialog.

As a result, they held our next plane. Held our plane and tweeted gate information to me.

If I had not reached out through Twitter both on ground and in air, we would have arrived in Chicago with no plane to go to... When we got to the gate after running through the airport, the gate agent said, "The Silberbergs have arrived. We have been waiting for you."

2. Companies who are staffing those channels with community managers rather than automating it are going to be the clear winners in the public relations wars that come out of real time customer service.

3. I started my part with the Twitter version of a smile in real life. I gave them a compliment based on what was already excellent service. This obviously helped frame the situation. If I had used Twitter to berate them or insult or otherwise not be positive, I may not have gotten the same kind of attention.

4. American Airlines exceeded my expectations of customer service through holding the plane. I was at best expecting to be told to deal with someone on the ground about rebooking when we arrived in Chicago. So what they did went above and beyond what I expected which resulted in more positive tweets about the interaction as well as this blog post. If I had just gotten brushed off, or ignored like many other companies might have done, then I would not have provided my own positive media into the situation, maybe the opposite.

5. The world is 24/7 real time and mobile. If your customer service efforts as a company or big organization do not recognize and act accordingly, your competitors will and will spit your offering out as scraps for the dog.