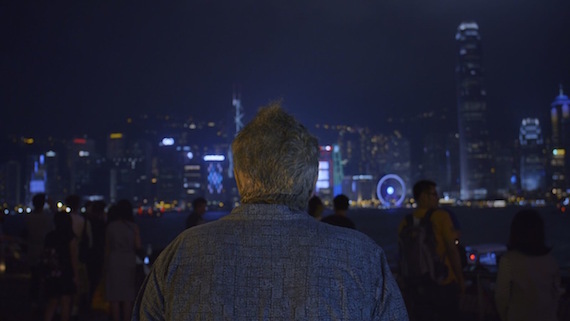 Whenever I think of doing something, posting something on Facebook or responding to a troll on Twitter, I am reminded of Eleanor Roosevelt's sacred words. Every step I take, every path I choose to tread will take me to the next level and it is up to me, my inner authentic self, to know whether that level is up or down from my current position. Noble intentions and equally careful actions should lead me up, while self-indulgence and rash decisions will likely tumble me onto a lower ground.

Life and morals are best explained by the game of Snakes & Ladders, as Salman Rushdie once pointed out.

In his latest documentary American Anarchist, which premiered Out of Competition at this year's Venice Film Festival, filmmaker Charlie Siskel shows us just where that game takes us, if we don't pay attention to our each and every move, in the cautionary tale of William Powell, who at 19 authored The Anarchist Cookbook. To those of us who may have heard the name of this 40 year-old book in passing, mentioned after almost every terrorist attack of the past twenty years -- from Columbine to Oklahoma City and even the London Transit bombings -- yet have never fully bothered to learn more, American Anarchist is a journey through knowledge. The Anarchist Cookbook was found in the dubious collections of Columbine killer Eric Harris, as well as in Timothy McVeigh's of the Oklahoma City bombing and many more.

Get this now, Powell, who passed away earlier this year, wrote the book because he was pissed off at the time. He explained in a 2013 article published in The Guardian that "I was being actively pursued by the US military, who seemed single-mindedly determined to send me to fight, and possibly die, in Vietnam." But Powell also lived to regret that decision most of his life, dragged into the chaos of such a powerful document, which teaches how to create homemade bombs, kill your opponent with a garrote and make tear gas. Among much, much more. Both Powell and his wife Ochan lived a life of self-imposed exile, away from the United States and everyone they loved.

So do we know exactly what we're doing each time we post our thoughts and feelings on Facebook and Twitter? Are we aware of the permanence of those actions and whether what we say and do makes the world a little bit better or a little bit worse? These are all themes examined in American Anarchist by Siskel, who pushes Powell to take responsibility for his actions and change the narrative. The result is a must watch documentary.

I sat down with Siskel on the terrace of the Excelsior in Venice and I'll admit it was a bit surreal to speak about revolutionaries, even reformed ones, while the sea splashed on in front of us.

I loved how you chose to film American Anarchist, because you are so in there and in William Powell's face and you keep pushing him to think about whether he has some kind of responsibility in all this. Was that difficult, to be this confrontational and present in the film?

Charlie Siskel: It was, I think that I had a reasonable understanding of how the interview process would pan out. I had a sense, and just on instinct. I convinced him by saying I empathized, I said I understand, I really do that your story is sort of cautionary one of how young people make mistakes and then live with the consequences and I see something tragic about your story and so I'd like to create a portrait that explores that, and are you willing to talk about those things?

Documentary is tricky because you have to reinvent the genre each time in a way, to draw people in, and you did that.

Siskel: I empathized with Bill but also, and I told him that, I knew that he was willing to talk about certain things but also had the instinct that he would only do it reluctantly. So I thought that there would have to be some kind of combination of showing him that I really did empathize and understand him, because it is a universal feeling of having embarrassing things from your past and things you're not proud of from your past that I think a lot of people would learn from that and he was an early cautionary test case of that. A pre-internet version of that.

I knew that he was willing to go there in theory but then in actual practice he would have a harder time and I'd have to push him. 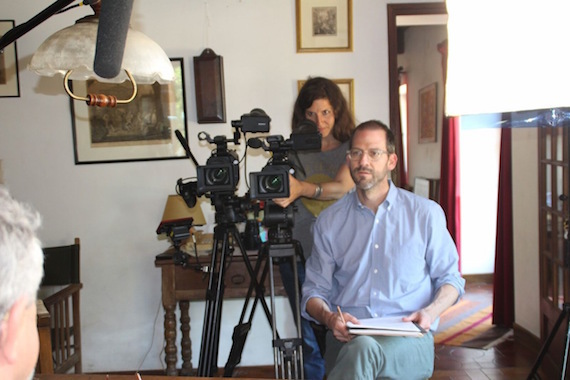 Siskel: I don't want the film to suggest that he's directly or causally responsible for these deaths that have resulted [from the book]. He's not responsible in a legal sense or anything like that, and it's true that all he did was write a book, he didn't pull a trigger or anything. And yet, that doesn't help him sleep at night, clearly. What I wanted to know was whether that story, which I assume he's been telling himself for forty years, whether that is all he had to say about it. And I sensed that he had more to say, I sensed that even though he wasn't legally responsible, even though he did just write a book and didn't pull any trigger, even though he probably did lose control of the book, that there were opportunities for him to do more, and there were opportunities for him to say more. That he was more troubled by the book than he had indicated and he was aware that the book advocated violence, even though he said otherwise. There were layers of denial and compartmentalizing. And justifying. The things that you do in order to tell a story that helps you get through the day and sleep at night.

Have you done anything in your life that you hope won't come back to haunt you?

Siskel: Not on this scale but I think back to my days in school as a kid, I think if anything, I was not the kid who got bullied and I wasn't the kid who did the bullying, but I was probably a passive bystander more often than I would like to admit. And was probably very cowardly in those situations and was just glad I wasn't the one getting picked on... Those sorts of things.

But you have a chance to redeem yourself from that.

Siskel: I think we all create our stories about our past, we edit out details that are embarrassing and that are uncomfortable and here is a case where Bill was willing to confront some of those uncomfortable truths about his past, and I was grateful for his willingness to do that. That is courageous to do.

Is Powell a tragic hero?

Siskel: I do feel a deep empathy for him and for Ochan his wife. You learn that they did pay a price from the book. It nearly cost him his career and they've been under attack for the book and are under this self-imposed exile. They paid an enormous price, their life looks the way it does in large part because of the book.

Can cinema be a way for us to learn things we really need to know, but refuse to learn on our own?

Siskel: I think about this a lot, about "why make a film?" Why not write a book about this story? Why tell in 80 minutes this particular story? And I don't know if this is what you are hoping I would I say, but I think that the films I'm interested in making, I like to entertain people. I figure, if I'm asking people to sit in a movie theater and watch a ninety minute documentary, that it's supposed to be an enjoyable rollercoaster ride. Something different from what a journalist or a non-fiction writer would do in writing a book about the same story. If you're choosing the 90-minute movie format it has different rules than a book or an expose. I'm interested in something that is a piece of entertainment and has people eating popcorn and saying "oh my God" and taking people on a ride. But also making you think.

I started doing this working with Michael Moore, he's my mentor and my teacher, and he's brilliant at it. That ability to combine comedy and journalism, comedy and advocacy, he's the master at it. Roger and Me will always be the golden standard for documentaries, it's great storytelling, it's heartbreaking and it makes you think. And it's also funny and entertaining.

Why do you think your film is so right for now?

Siskel: I think America has its own obsession with violence, and America was born out of violence, as many countries. I'm concerned about the parallels between the violent rhetoric today, through the internet, it is very easy to take the most extreme point of view, to troll and shame people. Also the angry rhetoric in the current election, both Bernie Sanders advocating for a revolution, and Trump rallies. This kind of incendiary atmosphere is concerning both in America and as Europeans look to America. There are obviously parallels to this period in the late 60s and 70s. Sadly. The very strange fact that some of these self-radicalized would-be ISIS members would have found The Anarchist Cookbook in its various internet versions is troubling. It has to have been troubling to Bill to have learned that. Again, not because he's directly responsible for it, but because he would be associated with it in any way.

Obviously Bill was very angry when he wrote that book and a whole generation of young people were angry about Vietnam, and the choices that the government was making and police treatment of protesters, so it very much reflected the time that he was living in. And maybe the rhetoric that we see on the internet and the kind of extremism is today's equivalent to that.

The loudest is always the most extreme and those that are most hate-filled get the most attention.