Here we go again. American Apparel is embroiled in yet another controversy. This time, it's the Swedes that have taken issue with the brand's so-called "sexualization" of women.

The Local, a Swedish news site in English, spoke to blogger Emelie Eriksson about a post she wrote comparing the marketing for American Apparel's "unisex" items. When a male model is used, the garment is styled innocently, she argues, while the female models in the very same piece are made to "look like they've just had sex."

"I think it's totally sickening how American Apparel markets its clothes," the 24-year-old told The Local. "It shows they have a very degrading view toward women and I'm surprised they've been able to do this without facing any strong criticism."

Of course, American Apparel has received quite a bit of backlash for their graphic advertisements. Just this year, the Advertising Standards Authority in Britain banned two of the company's ads for being "overtly sexual." Before that, American Apparel was under fire from the ASA for sexualizing models under the age of 16. (The Local reports that Swedish Advertising Ombudsman has also received complaints about the site's images, but that the domain is out of their jurisdiction.)

"They want to be seen and they know sex sells, but they don't think about how degrading these pictures are for women," Eriksson said.

The Huffington Post reached out to American Apparel for comment, and the company claims that the e-commerce styling for many unisex garments is relatively similar (see here and here), but that the brand tends to get more, er, creative when it comes to their "artistic" shoots (see the thumbnail photos here). An American Apparel representative explains:

As a company, American Apparel is very sensitive to gender and sexual issues, just as we have been to issues like immigration and gay marriage. In this case, the actual product model photo for this unisex item is fully clothed for women, just as it is for men. Unfortunately, some bloggers have confused an artistic photoshoot which accompany the pages with a product shot and a controversy erupted as a result.

American Apparel is well known for its provocative imagery, artistic photographs and its stance on free expression within the fashion industry. Our style deliberately eschews the photoshopped and impossibly unreal aesthetics of many of our competitors. We don't think there is anything in these photos out of synch with our standards and we think they portray the garments and the models in an attractive way and are not even the slightest bit discriminatory. Clearly we'd never seek to upset anyone and we're sorry to anyone who is upset.

The company's representative also told The Huffington Post that protestors at a demonstration broke all three windows of the Stockholm store last night as a result of the controversy (see photos below). Do you think American Apparel's portrayal of women is as harmful as the Swedish protestors think it is? Is it finally time for the brand to change its aesthetic?

See some of the unisex pieces from Eriksson's post below along with photos of the Stockholm store and tell us what you think of all this!

The styling of a unisex plaid shirt: 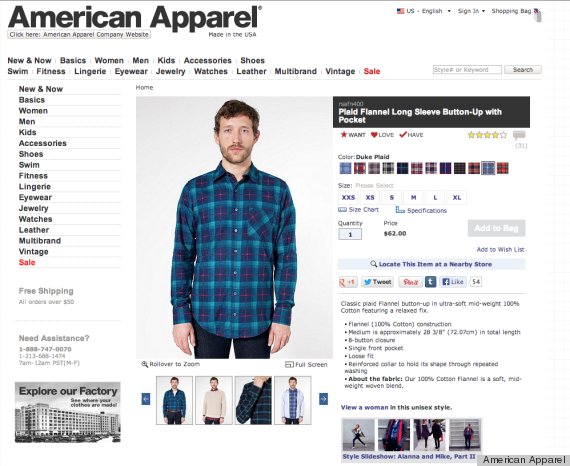 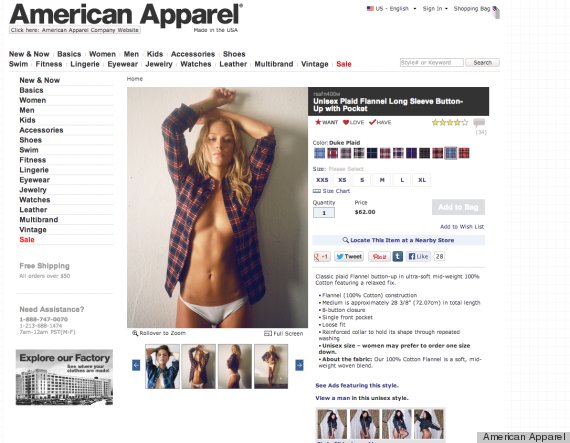 The American Apparel store in Stockholm after a protest: 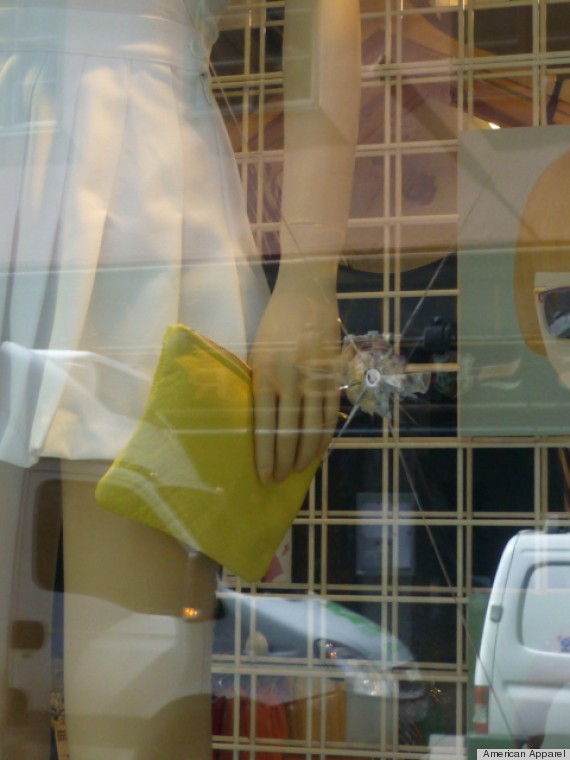 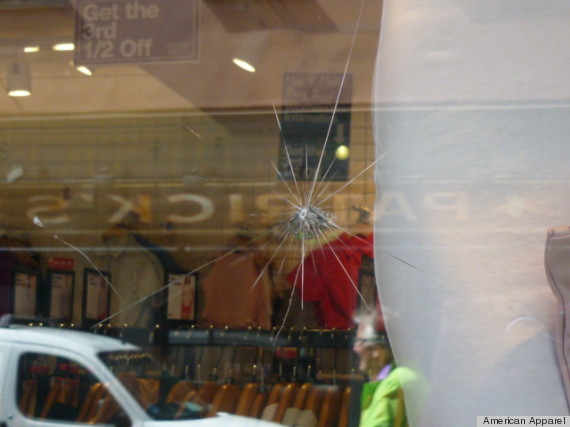 American Apparel's not the only brand to raise eyebrows: