The American Atheists group wants to share the "true meaning of the holidays" with the masses. As part of that effort, members have put up a billboard in New York City's Times Square that reads, "Keep the Merry! Dump the Myth!"

On the billboard, "merry" is accompanied by a picture of Santa, while "myth" sits below a picture of a Jesus statue.

“The true beauty of the season -- family, friends, and love -- have nothing to do with the gods of yesteryear," Teresa MacBain, the group's communications director, said in a press release. "Indeed, the season is far more enjoyable without the religious baggage of guilt and judgmentalism.”

“We know that a large population of Christians are actually atheists who feel trapped in their family's religion," David Silverman, President of American Atheists, said of the billboard. "If you know God is a myth, you do not have to lie and call yourself Christian in order to have a festive holiday season. You can be merry without the myth, and indeed, you should.”

The billboard will be displayed in Times Square through Jan. 10.

The group has made a tradition of erecting similar billboards every December, as part of a campaign critics have labeled "entirely unreasonable, inflammatory," and a "below the belt crusade."

In 2011, the American Atheists billboard read, "37 Million Americans know MYTHS when they see them... What myths do you see?” The phrase ran with four pictures: one of Jesus, Santa, Poseidon and the devil.

"Only the most dense and simple-minded person would put [Jesus] in the same category as the other three," the pastor said. "Clearly, even those who lack a personal commitment to Jesus recognize that there was in fact some historical figure by this name -- religious leader and teacher -- around 2,000 years ago"

In 2010, several billboards featured phrases such as, "You Know It's A Myth. This Season, Celebrate Reason." 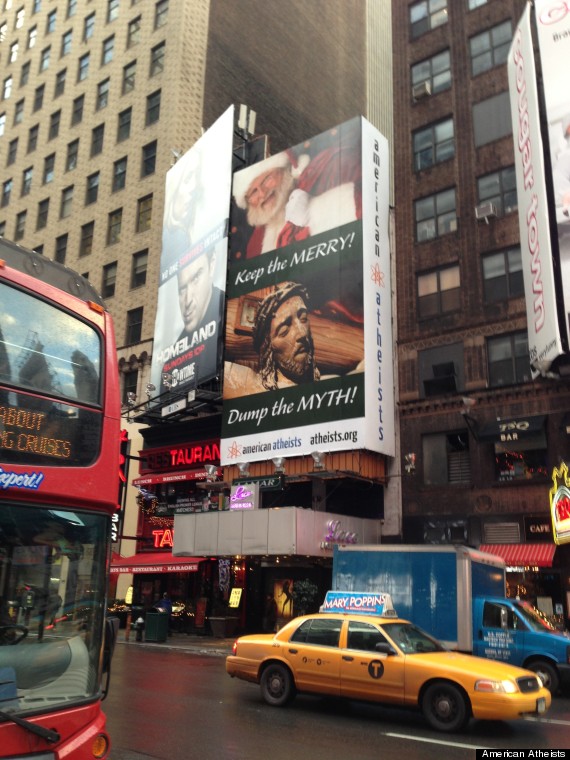 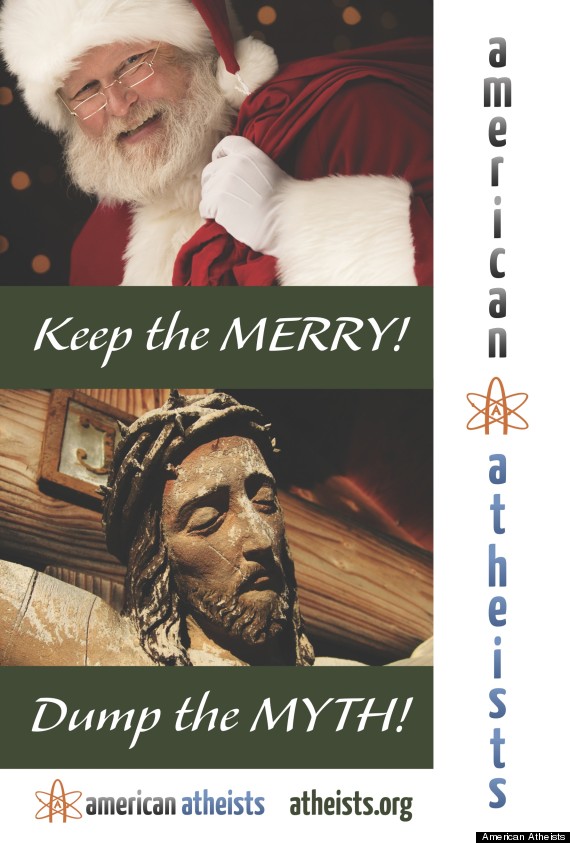