For decades, a growing body of scientific evidence has been connecting environmental exposures to increasing rates of breast and other cancers. There are more than 80,000 synthetic chemicals on the market today, from preservatives in our lipstick to pesticides on our produce. As a population, we are involuntarily exposed to these chemicals--some of which are known toxins, others of which have yet to be studied-- through the food, water, air and products we consume or use each day. As the use of synthetic chemicals has risen in the United States and other industrialized countries, so have cancer rates.

This connection between environmental exposure and increased cancer risks has even prompted officials at the highest level to publicly speak out. Five years ago, the President's Cancer Panel issued a landmark report declaring that "the true burden of environmentally induced cancer has been grossly underestimated [and]...the American people--even before they are born--are bombarded continually with myriad combinations of these dangerous exposures."

So you would think that the nation's largest cancer charity would be taking a strong stand on toxic chemicals linked to cancer--but unfortunately the opposite is true. Even though the American Cancer Society claims that it's "working to create a world with less cancer," it has consistently failed to take a strong stand on chemical regulations that could help stop the disease before it starts.

Because there is no adequate chemical regulation policy in the United States, companies are allowed to use chemicals in the products we use every day without ever establishing their safety for human use. For many years now, it has fallen to progressive women's health organizations, like Breast Cancer Action, along with other health activist organizations to call for meaningful regulations to end our exposure to chemicals that are known or suspected to cause harm, including increasing our risk of breast cancer.

Over the years, health activists have questioned why the largest cancer charity in the nation has been absent from movements to protect the public from chemicals linked to increased cancer risk. When Breast Cancer Action and other women's health activists were working to pass California's Safe Cosmetics Act, we spoke out about the American Cancer Society's silence on this landmark legislation--and how much the ACS could have helped the cause. Since then, they have been notably silent on all of the major national pushes to better regulate toxins linked to cancer. Instead of taking a strong stand in ensuring that the environment we live in and products we use are safe, the American Cancer Society has been passively sitting out the struggle.

Where the ACS does address chemicals linked to cancer risk, they consistently equivocate, emphasizing that there are no absolute or definitive causal connections to cancer. When it comes to cancer prevention, requiring definitive, unequivocal proof of harm is a grave mistake. Because we are continuously bombarded by a myriad of toxic exposures from birth, it is difficult to definitively prove a causal relationship between X chemical and Y cancer. And we cannot and should not do randomized, controlled experiments on humans - the gold standard of scientific research - to seek definitive proof. A precautionary approach to protecting public health requires us to act on the knowledge we do have, and what we know now about environmental toxins is more than enough for the American Cancer Society take a position in favor of public health.

While the American Cancer Society has been largely observing environmental links to cancer on the sidelines, when it comes to corporate partnerships they are comfortable taking center stage with corporations like Chevrolet and DS Waters of America --both of which produce products that contain chemicals linked to increased risk of breast and other cancers.

One of the American Cancer Society's most egregious partnerships is with the Personal Care Products Council, the cosmetic industry's largest national trade group that has spent millions of dollars lobbying against regulations for chemicals allowed in our cosmetics. Together, they formed a program called Look Good, Feel Better®, which provides beauty tip workshops and complimentary makeup kits to women in cancer treatment. While some women understandably value this support while facing a cancer diagnosis, many of the products offered to women in Look Good, Feel Better kits contain chemicals linked to increased cancer risk, including parabens, Teflon, and formaldehyde releasers. As if that's not bad enough, some of the chemicals in Look Good, Feel Better products, like methylparaben, may actually interfere with breast cancer treatment. For a cancer charity that claims to care about women with breast cancer, this is unacceptable-- especially since the ACS acknowledges on its own website that parabens are a "possible concern." 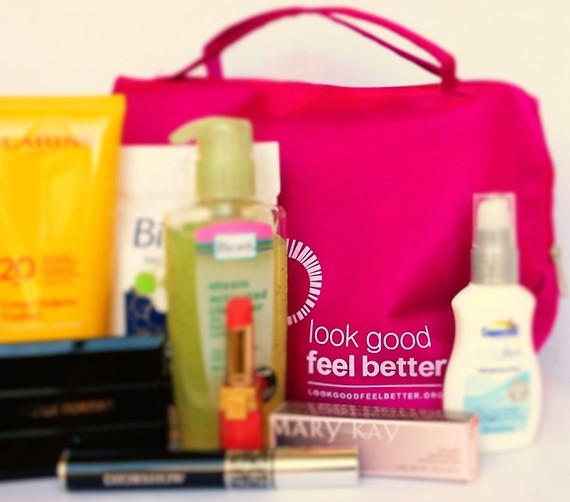 This Breast Cancer Awareness Month, cancer patients and their loved ones across the country have been calling on the American Cancer Society to refuse to allow companies to participate in the Look Good, Feel Better program if they use chemicals in their products that are linked to increasing cancer risk or interfering with cancer treatment. The American Cancer Society responded that "the benefits of Look Good, Feel Better outweigh the minimal risks." In other words, the country's largest cancer charity is willing to ignore the evidence on environmental toxins and the important work needed to reduce our exposure to chemicals linked to cancer.

As one of the largest voluntary health organizations in the country, the American Cancer Society is in a unique position to take a lead role in protecting the public from chemicals linked to increased cancer risk. Instead, the American Cancer Society focuses mainly on the type of prevention that puts the burden of cancer risk on individual behavior, such as tobacco use, dietary choices, and physical activity, ignoring vital systemic solutions like toxic chemical regulation.

Karuna Jaggar is the executive director of Breast Cancer Action.