From 24/7 Wall St: Each year, Capgemini publishes the U.S. Metro Wealth Index, which ranks the number of high-net-worth individuals living within the ten largest metropolitan statistical areas. According to the report, high-net-worth Individuals "are defined as those having investable assets of $1 million or more, excluding primary residence, collectibles, consumables, and consumer durables."

Since the last report, the number of millionaires has increased by 7.3 percent, following a gain of 17.5 percent in 2009, which came after a steep drop in 2008. Despite the rosy state of America's rich, the same cannot be said for the residents of the cities these millionaires call home. A review of the local economies of these cities demonstrates that the fortunes of the rich don't depend on how their neighbors do.

Unemployment remains a significant issue for the country. Half of the cities on this list have unemployment rates above the national average of 9.1 percent. San Jose, San Francisco and Chicago are over 9.3 percent. Los Angeles and Detroit are both over 11 percent.

Read: The American Cities With The Most Millionaires

Housing markets in most of these cities present an even starker contrast. Eight of the ten markets on the list were flat or decreased in value. While Boston, Philadelphia and New York dropped less than 5 percent, in Chicago, Detroit and San Francisco housing dropped in excess of 10 percent.

While there is a clear disconnect between the fates between the cities' millionaires and their average residents, the reasons why the wealthy became wealthier seem to be the same. In all of the cities on the list industry recovered. In New York and Chicago, finance prevailed. In Houston, energy powered the economy. In San Jose, it was tech. And although gains were seen, in sales and stock price, the fortunes of average workers have remained constant and in some places become worse.

To provide perspective on the local economies on the Capgemini's list, 24/7 Wall St. used Zillow's real estate database for the yearly change in home value for each metropolitan statistical area in June 2011. We also included the most recent unemployment data for each area. Finally, we reviewed the Fortune 500 list to identify the largest publicly traded companies that are headquartered in those cities.

These are the American Cities with the Most Millionaires, provided by 24/7 Wall St.

PHOTO GALLERY
The American Cities With The Most Millionaires: 24/7 Wall St.
Download
Calling all HuffPost superfans!
Sign up for membership to become a founding member and help shape HuffPost's next chapter
Join HuffPost 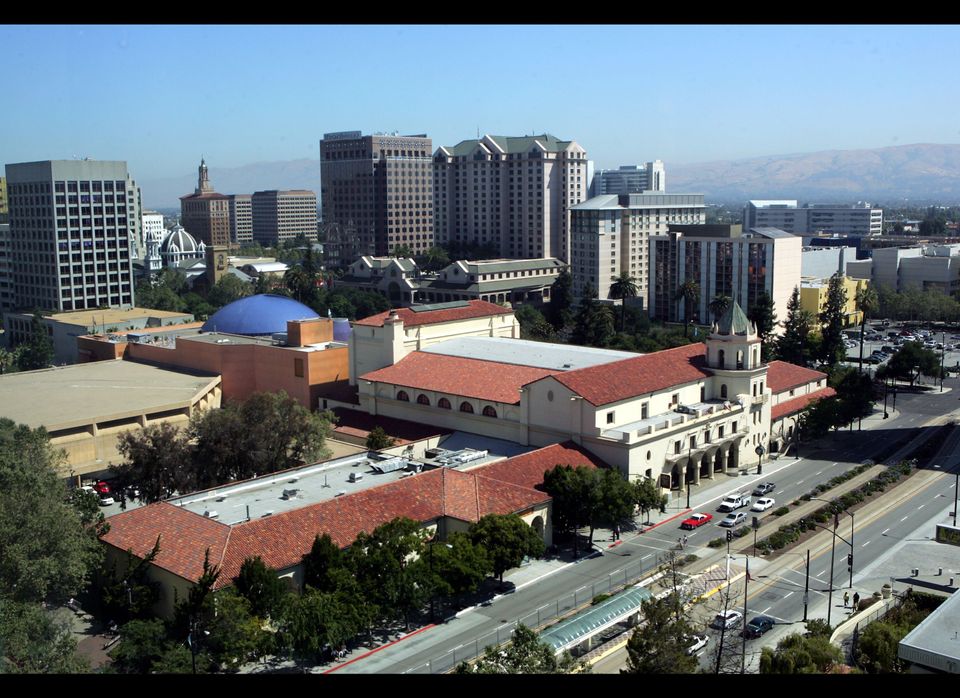 1 / 10
10. San Jose
<strong>No. millionaires:</strong> 88,800 <strong>Change in millionaires:</strong> 2.7% <strong>Change in home value:</strong> flat <strong>Fortune 500 HQ:</strong> Cisco, eBay <strong>Unemployment rate:</strong> 9.9% San Jose suffered as much as any large metro area during the recession, with the exception of Detroit, when the tech industry went through a horrendous downturn in business activity. Orders for hardware products, software, and the services offered by firms like EDS and HP fell sharply. Both businesses and individuals cut back tech spending. That tide has only just begun to change as online firms like Facebook and the smartphone business provided the tech sector with new sales. Read more at <a href=" http://247wallst.com" target="_hplink">24/7 Wall St</a>.