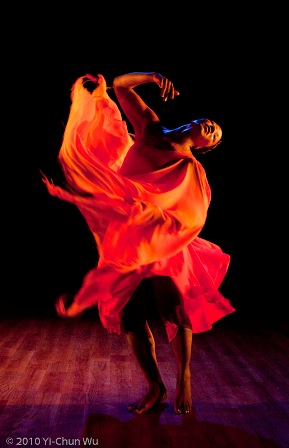 Dawn Robinson in "Phoenix: The Rising" -- Photo by Yi-Chun Wu

Modern dance lovers take heed: There are big doings this September at the Ailey Citigroup Theater in NYC, when the American Dance Guild (ADG) hosts their annual Performance Festival with more than 30 artists/choreographers featured over four nights. Living legends of modern dance Dianne McIntyre and Elaine Summers will be honored with tributes, and works by Molissa Fenley (also performing) and Harald Kreutzberg , as well as performances by John Pennington and Joseph Mills included. Festival dates are Sept. 6-9.

Ms. McIntyre, a champion of dancing to live jazz music, will be presenting "Life's Force," a signature work of Sounds in Motion, the first company Ms. McIntyre formed in 1972. This time the presentation will feature a reunion of past dancers and musicians, with jazz trumpeter Ahmed Abdullah leading the band along with a cast of 20 dancers who worked with Ms. McIntyre both recently and long ago -- a celebratory reunion! 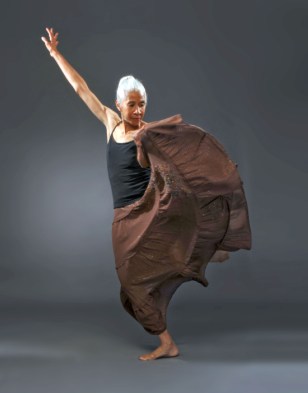 Elaine Summers, an innovator since the 1960s as a choreographer, teacher, filmmaker and interdisciplinary artist, was an original member of the workshop that spawned the Judson Dance Theater. Some know her as the person who filmed Trisha Brown walking on the walls of the Guggenheim. We're excited to see "Windows in the Kitchen," her 1976 vanguard intermedia work featuring Douglas Dunn performing live with composer/performer Jon Gibson, alongside dancer Matt Turney on film. Ms. Summers' work is currently being archived at the Jerome Robbins Dance Collection of the NY Public Library at Lincoln Center. 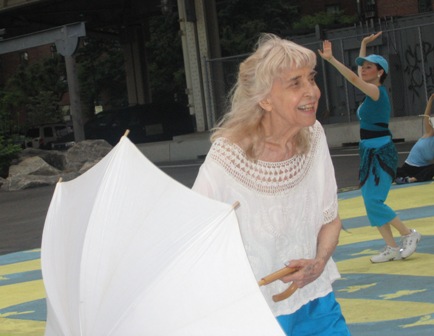 ADG is an organization that has served the dance field for 56 years, and Festival '12 continues their tradition of bringing together artists from across the nation and internationally. "What makes us distinctive is that we honor the past and promote the future," says Mary Seidman, festival co-producer.

ADG promotes the new and preserves the living history of modern dance as an art form. A host of artists, emerging to mid-career, are included in Performance Festival 2012... that is something modern dance lovers won't want to miss!