If you dream of one day pulling yourself up by your bootstraps to become the next Bill Gates, there are some places in America where it's somewhat easier to do that than others, a new study reveals.

Cities in the South and the Rust Belt have extremely low levels of economic mobility -- a wonky term that essentially measures one's ability to go from being poor to rich -- according to a study from economists at Harvard University and the University of California-Berkeley. 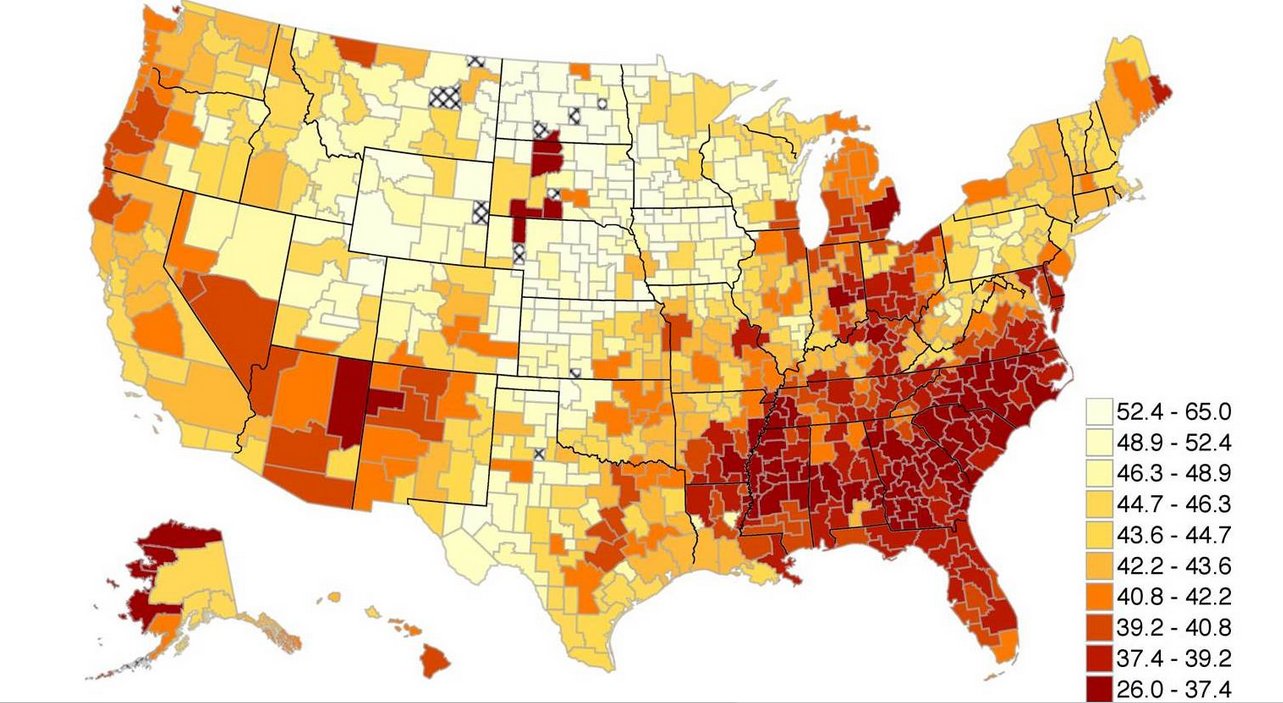 So what is it that stifles economic mobility? The researchers found that areas with higher levels of segregation, income inequality and more single parents tend to have worse prospects for mobility. In addition, regions with fewer social networks and poorer school systems are typically worse off.

The one not-so-depressing finding from the report is that economic mobility hasn't slowed over the past few decades, instead it's pretty much stayed the same. That said, while a child's chance of moving up the income ladder hasn't fallen, the rungs on the ladder have grown farther apart (read: income inequality has gotten a lot worse). That means kids today are more affected than ever by their parents' economic status. This chart shows just how bad it's gotten: 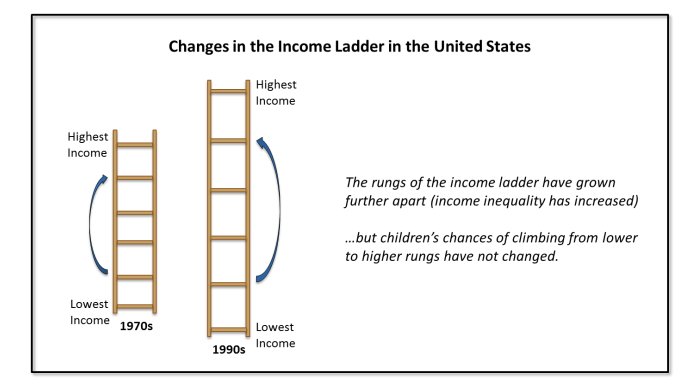 1 / 10
10. Massachusetts
Gini Coefficient: 0.468 Median Income: $59,373 (8th Highest) Households Earning $200,000+: 6.56% (4th Highest) Population Living Below Poverty Line: 10.30% (7th Lowest) Massachusetts has the fourth-greatest percentage of wealthy residents among all the states and the seventh-lowest percentage of people living below the poverty line. However, according to The Massachusetts Budget and Policy Center, "incomes for the highest income families in Massachusetts have grown almost five times as fast as those for low-income families and nearly twice as fast as those for middle-income families," over the past two decades. According to the organization, the inequality gap has increased more during this time in Massachusetts than in 47 of the other states. <a href="http://247wallst.com" target="_hplink">See more information at 24/7 Wall Street.</a>