(RNS) American evangelicals have played a significant role in U.S. support for Israel; by some measures they are even more supportive than American Jews.

But in the spring issue of Middle East Quarterly, David Brog, executive director of Christians United for Israel, wrote a piece titled “The End of Evangelical Support for Israel?” Evangelicals have shifted within the last decade, Brog wrote, and are no longer considered automatic supporters of Israel.

“The days of taking evangelical support for Israel for granted are over,” he wrote, suggesting an urgency for those who take the issue seriously. “They cannot let the evangelical community go the way of the mainstream Protestant leadership.”

Several mainline churches and international church bodies have passed resolutions on divesting money or boycotting products made in Israel because of its occupation of the Palestinian territories.

Overall, 48 percent of the evangelicals said Israel is a fulfillment of biblical prophecy about the Second Coming of Jesus, while 42 percent said it is not.

When asked where their sympathies lie, 34 percent of global evangelicals surveyed sympathized with Israel, compared with 30 percent of American evangelicals.

In addition, new films made by Christians are beginning to question support for Israel. They include ”With God on Our Side” (Rooftop Productions, 2010) and “Little Town of Bethlehem” (EthnoGraphic Media, 2010), funded by Mart Green, the son of Hobby Lobby’s founder, David Green.

Mart Green is the current chair of Oral Roberts University in Oklahoma, whose president, Billy Wilson, spoke at the recent controversial conference “Christ at the Checkpoint.”

“Christ at the Checkpoint” began in 2010 as a biennial conference with the idea that Jesus was a Palestinian who could be suffering under Israeli occupation today as he once suffered under Roman occupation.

David Neff, who co-convenes an annual evangelical-Jewish leader dialogue, said his Jewish friends have expressed some nervousness over recent gatherings and activities, including Christ at the Checkpoint, which took place in March.

“I think it’s more anecdotal at this point, but nevertheless, it is reasonable to think that with Christ at the Checkpoint people getting the attention of some,” Neff said, referring to Lynne Hybels, wife of megachurch pastor Bill Hybels, and progressive evangelical leader Tony Campolo. “There’s no question: People who have sympathies for the plight of the Palestinians have more access than they used to.”

In 2012, Lynne Hybels was invited to address “Peacemaking in Israel/Palestine” at Catalyst, one of the largest young evangelical gatherings in the country. She went on a trip to Palestine with Cameron Strang, the editor of Relevant magazine and son of Steve Strang, editor of Charisma magazine, which has been a strong supporter of Israel. Relevant’s March/April cover story, “Is Peace Possible?” by Cameron Strang, is on the Israeli/Palestinian conflict.

In 2012, popular author and blogger Donald Miller wrote on “The Painful Truth about the Situation in Israel.”

It’s difficult to measure long-term support for Israel among evangelicals. Findings from the Pew Research Center, though, suggest that it has remained relatively stable in the past five years.

When asked “In the dispute between Israel and the Palestinians, who do you sympathize with more?” evangelicals were far more likely to say Israel — 72 percent to 4 percent in 2013, about the same as in 2009 — according to the Pew poll.

“There’s deep attachment to Israel and I don’t see that changing,” said Todd Deatherage, executive director of Telos, a group that seeks a middle way that supports peace. “Anecdotally, it’s not that some Americans and some evangelicals are in any way becoming anti-Israel, but they’re defining their support in terms of conflict resolution.”

For years, the source of that attachment was a specific, literalistic approach to biblical prophecy, called dispensationalism. Dispensationalists believe the Israelites’ return to the Promised Land is a requirement for the Second Coming of Jesus. They therefore rejoiced when Israeli troops captured the Old City of Jerusalem from Arab forces in June 1967 and saw it as a sign that Jesus was coming.

Before he switched his theological views, California-based pastor Kim Riddlebarger sold Bible prophecy books for 25 years. Now Riddlebarger, who co-hosts a popular radio show called the White Horse Inn, believes God has fulfilled his promise to Israel through a covenant with Jesus, so he sees no theological need for a state of Israel.

“Reformed folks tend not to be involved in punditry, date setting, but more the theological discussion on Israel’s role in international politics and human rights,” Riddlebarger said. “You can only hype something so many times before people start to lose interest.”

David Gushee, Christian ethicist at Mercer University, said he sees more tourist trips to the region wanting to include a Palestinian perspective.

“The Palestinian side of the story is coming into view in the way it hasn’t come before,” he said. “As people are organizing their mental worlds theologically, whatever they’re reading, it doesn’t equal unequivocal support for Israel at any given point.”

While support for Israel may look different than it did in previous years, Jews for Jesus director David Brickner said he hasn’t seen a decline in support among the Christians he meets at colleges, churches and seminaries.

“If there’s a concern, it’s a younger generation that seems yet to have made strong conclusions whether or not to support Israel,” he said.

Still, he said, some Christians are grappling with how to handle Israel’s relationship with Palestinians.

“I long to see the church have a balanced perspective on the Middle East, where you don’t have to throw out the concern for Palestinians to support Israel,” Brickner said. “I really believe there’s a large middle ground, but it’s hard to do when people are in their polar positions.” 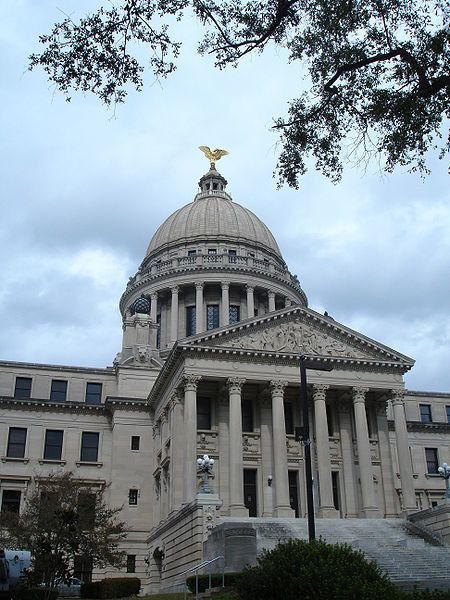