Police in Central Florida say members of a white supremacist group were plotting to kill Jews, minorities, and immigrants in the area with plans that included an attack on Orlando City Hall.

Ten people suspected of being members of American Front were arrested in Osceola County on hate crime and conspiracy charges, including alleged leader Marcus Faella, 39, and his wife Patricia, 36. After 7 arrests over the weekend, 3 men were taken into custody on Tuesday.

According to the Orlando Sentinel, the group also discussed how to produce ricin, a highly toxic product of castor bean plants that can be used as a chemical weapon.

WFTV reports the information that prompted arrests came from an FBI informant who spent two years infiltrating the group, which planned violence "so the media would report on it and bring new members."

The Faellas hosted the group on a rural compound stocked with weapons, WESH reports:

The group's top members, the Faellas, live in a desolate area near the Brevard and Osceola county line, where the nearest paved road is almost five miles away...Marcus Faella said he wanted to make his property into an Aryan compound where they could live when the United States government failed, according to the arrest affidavit.

The property was surround with barbed wire and the arrest warrant said Marcus Faella fortified the compound with cement and had a large stockpile of firearms and military-style MRE's.

The Anti-Defamation League called American Front a “hardcore racist skinhead group with a long history of violence and intimidation, including hate crimes and murder,” applauding the FBI’s Orlando Joint Terrorism Task Force, the Metropolitan Bureau of Investigation and the Osceola County Sheriff’s Office for "[stopping] potential violent activity before it could happen."

Investigators say the group was conducting paramilitary training with AK-47s and hand-to-hand combat for a race war they believe is impending. Norma Black, the mother of suspect Mark McGowan, Jr., told WFTV that her son is not violent nor a white supremacist, but that the accused met up to “have fun.”

“I don’t like illegals and I don’t like these troublesome blacks,” she added, admitting that her 29-year-old son shared her views. 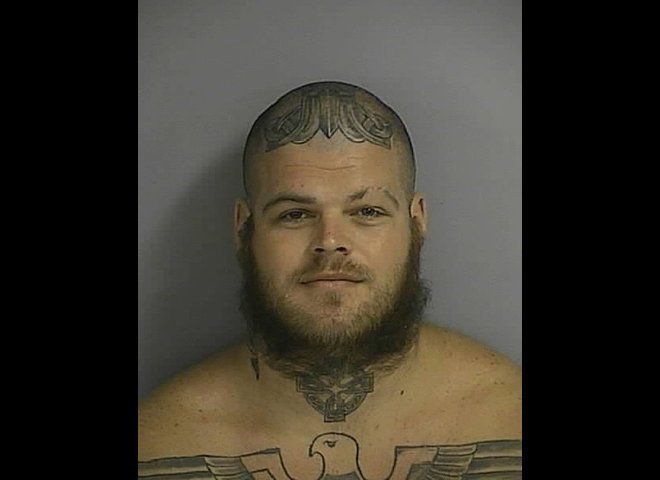