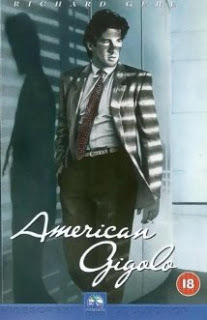 There's a "pregnant" scene in Paul Schrader's 1980 movie American Gigolo when a beautiful woman offers herself to Richard Gere. Since Gere makes his money from women who actually pay for his services even a willing hottie is looked at as the kind of pro bono work that's not worthy of even mild interest. In fact the prospect of inviting pulchritude appears to make him want to vomit. If you're one of the mass of men or women who live lives of quiet desperation, this particular scene might be consoling as you think about the rumors that all of France is having passionate sexual adventures which come to a steamy climax in Sodoms like St. Tropez while you sit in the boondocks of some Salingeresque prewar Manhattan apartment hoping that your significant other doesn't catch you sneaking a view of an itinerant breast, penis other fetishistic objectification on Cinemax After Dark. Let's say you were transported into a parallel universe where instead of being a neurotic middle aged New York man or woman you were transported to being a sexy young Parisian vamp or say the Richard Gere character or one of the stars of the Showtime series Gigolos, that is to say a desirable looking male prostitute. Now promiscuous sex would be nothing special at all; inflation would have devalued its currency. In your old incarnation someone might invite you over for a bite, meaning a little lunch or dinner. As the Parisian vamp, it's a bite of your nipple. If your suitor is not satisfied he or she may have to go downtown where another part of you becomes the plat du jour. But it's all the same. "In Xanadu did Kubla Khan/A stately pleasure-dome decree..." begins the famous Coleridge poem. Max Weber talked about the "routinization of charisma" in which the fervor of the sect becomes institutionalized as a church and so it is with sex. Like everything else even hot sex with lots of different people can become just one more element of quotidian reality, or as H. Rap Brown said about violence, "as American as cherry pie."

{This was originally posted to The Screaming Pope, Francis Levy's blog of rants and reactions to contemporary politics, art and culture)