This season of "American Horror Story" was about witches, but there was also a heavy focus on fashion.

From the very first teaser promos to Wednesday night's season finale, "Coven" was flush with fashion references and gorgeous costumes. The season itself may have had its shortcomings, but we appreciate that Ryan Murphy made a point to dress the ladies of "Coven" to the nines at every opportunity.

Myrtle is the self-professed fashionista of the coven ...

... But she knows her designer history.

You probably don't want to hear her commentary on your sense of style.

Her last word at the stake was, of course, Balenciaga, the fabled fashion house, now helmed by Alexander Wang.

After all, she is a hybrid of Diana Vreeland and Grace Coddington.

"Coven" also introduced a new era of the witch hat. (Throw your old costume one out right now.)

And, uh, no sneakers allowed in the coven, ladies.

The voodoo queen, Marie Laveau, also had some killer style. 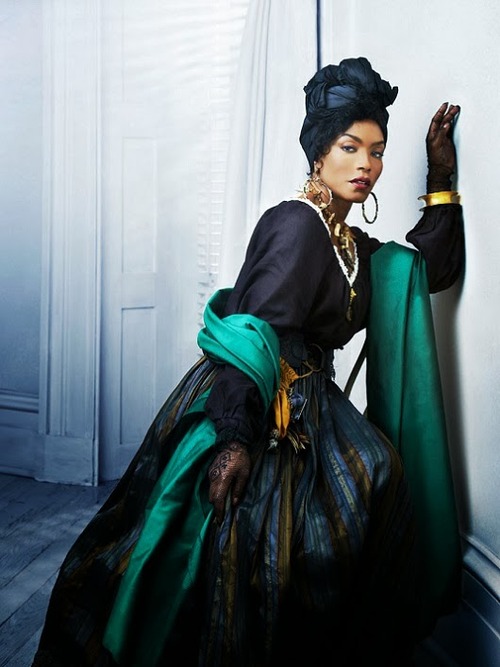 Fiona made sure to set the dress code straight on day one.

And all the girls got a makeover ...