Before I get into this week's recap, I want to say sorry for missing last week -- I was on vacation and away from all computers. Apologies. Of course I missed a major one! RIP Gloria. Not so much Ethel.

Ah, Tupperware. Who would've thought that the stuff we so nonchalantly use to pack our lunches and keep our food fresh in the fridge could possibly be used as a metaphor on "American Horror Story: Freak Show"? Strong yet weak, transparent and when not in use, empty. Even things safely contained within Tupperware also eventually rot. It perfectly coincides with many characters' storylines and the keeping of secrets, especially Dell, who ghost Ethel sums up so nicely ("You were never strong"). For a show that many people scoff at, "AHS" sometimes nails it with these things.

If nothing else, "AHS" should at least be praised for its mastery of the opening scene. The Puppet Mother was hands-down one of the more disturbing things I've seen on the show; it's stuff like this that keeps me coming back. That poor Avon lady had no idea what she was walking into, then bam! Dandy with the candlestick in the foyer -- it's like our own version of Clue. He tries to have Maggie/Esmerelda set things right by reading his fortune, but since we know she's a fraud, of course it's ineffective. And so his God Complex and killing spree begin.

On the other end of the spectrum, Jimmy is at an all-time low. Heavy into the sauce, he's taken to engaging in dirty food-sex talk with the newest recruit, Ima Wiggles, and having what looks like incredibly uncomfortable intercourse with her. This sudden "sex with anything that moves" attitude from Jimmy and everyone else seems a bit tacked on, since just last week he was in love with Maggie/Esmerelda. If it's meant to show his descent into vice and self-destruction, then OK. But still, it's a little weird. He's so drunk he can't even perform at the Tupperware party, and is kicked out by the horny housewives.

Dandy shows up and turns it into a pool party. A bloody one. What a fantastic, disgusting scene. While the housewife's husband walks in and discovers the carnage, I could only sit there and imagine how impossible it would be to digest what you saw in front of you. I don't even think a scream would be possible.

I did let out a loud internal scream when a drunken Dell, unable to write suicide letters to Desiree and Jimmy, encounters Stanley on the dirt road. Stanley shows him his "appendage" and then starts masturbating. The sounds and the visual were just too much for me. I love Denis O'Hare, but blech. It may have been his twitching while he did it, I don't know. Regardless, it seems like Dell and Stanley end up doing something, but we don't see it. I'm thankful for that. (In case you're keeping score, I called that these two would hook up a long time ago.) Dell's suicide is foiled by Desiree, who cuts him down at the last moment. It was morbidly cool to see it all from Dell's perspective; dark, dark stuff.

Bette and Dot are also contemplating something dark: getting surgery to separate from each other. Elsa and Stanley concoct a plan to trick the twins and euthanize them. Elsa has reservations, but Stanley brainwashes her into going along with the scheme. He almost succeeds in fooling the twins, too, but ultimately they decide they need each other. When Dot professes her love to Jimmy and takes off their (?) shirt, I thought that Jimmy had it made. But nope, he's in love with Maggie/Esmerelda (c'mon, it can't be Ima), and he rejects the twins outright. Ouch. But hey, I hold out hope. Dandy seemed quite interested in Maggie/Esmerelda's powers, so he might still kill her, leaving Jimmy free to love Bette and Dot.

Despite Regina's attempts, Dandy manages to escape persecution by bribing the Jupiter cop with $1 million. Out of nowhere, the cop shoots Regina in the head. While ridiculous, it's also not totally out of the question that someone would take that much money in a pinch. I mean, it is the 1950s. Imagine what $1 million was like back then?! Fully in control, Dandy frames Jimmy with that goddamn glove -- I wondered where that thing went -- and is off scot-free. What is it with Evan Peters' characters getting wrongly accused and/or arrested? There's a trend here.

A lot of people are dying now, at a pretty steady clip. You know what that means: this season is nearing its end. Who will emerge the ultimate victor? Will anyone survive? I feel like the whole freak show is going to go up in flames before this series is through.

Freak Of The Week: Can we include Dandy? I'm including Dandy. Can this guy steal a scene or what? 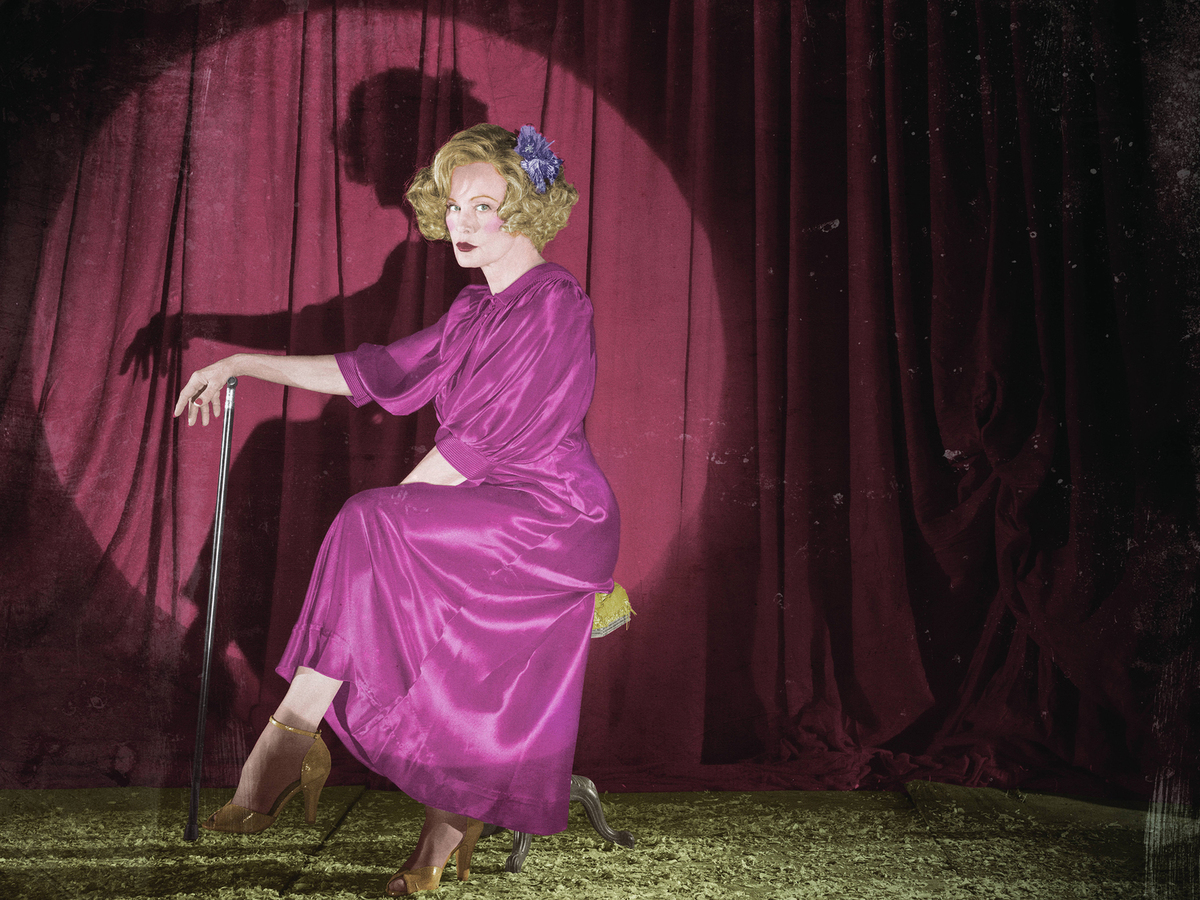