Lady Gaga announced on Wednesday that she'll star on the next season of "American Horror Story": "American Horror Story: Hotel." That's all the official news we have at the moment, but since creator Ryan Murphy is known for sprinkling clues throughout "AHS," it's possible we already have an idea of what "Hotel" could be about.

Murphy already said the recurring top hat in "Freak Show" was an "arcane clue." While we previously speculated that could connect to the popular Operation Top Hat theory, we're not sure how the clue fits in with the hotel theme. (Maybe a bellhop-like hat?) But fortunately, Season 4 included another major hint that makes a lot of sense:

The Garden of Allah HotelIn the penultimate episode of "Freak Show," Elsa and her "freaks" attempt to kill Denis O'Hare's Stanley for lying about his Hollywood connections. When he pleads for his life, he says, "I do know people in Los Angeles. My cousin works at the Garden of Allah." Redditor Trailkeep picked up on this back in January with a post about its possible connection to Season 5. 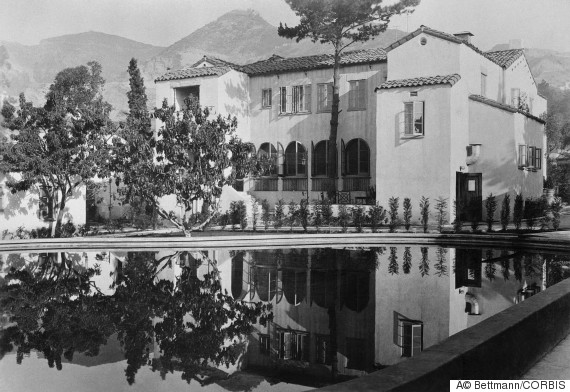 As it turns out, the Garden of Allah was a famous hotel in Hollywood on the Sunset Strip. Opening in 1927 and demolished in 1959, the hotel had celebrity residents and frequent guests that included F. Scott Fitzgerald, Ernest Hemingway, Dorothy Parker, Errol Flynn, Greta Garbo, Humphrey Bogart, Gloria Stuart and the Marx brothers, among others.

Another interesting "AHS" connection is to the 1936 Marlene Dietrich film "The Garden of Allah," which was inspired by the Robert S. Hichens' 1905 novel of the same name and gave the real-life hotel its moniker. In "Freak Show," Jessica Lange's Elsa, herself inspired by Dietrich, references "Garden of Allah" in the first episode.

If the fifth season is set at this hotel that would also give Murphy ample opportunity to further connect the "AHS" universes. If set in Old Hollywood, he could make connections to the Season 1 Montgomery storyline which took place from 1922 to 1926 or even the Black Dahlia storyline in 1947.

We may also have an idea of who Gaga may play in "Hotel." The blog Vixen Varsity claims to have received a casting call back in October seeking auditions for three characters for an upcoming "AHS" promo. One of them is named Carla, described as a "classy 20-35 year old" who is possessed by a ghost.

The only problem with all this speculation? Last month, FX Networks CEO John Landgraf told TVLine it was his "hope" that Season 5 would be set in the present day.