Glover is the first female winner since Jordin Sparks won "American Idol" Season 6. Third time's the charm it seems, this season was the third time Glover tried out for "American Idol."

Glover's vocals brought the judges to their feet and to tears over the course of Season 12. At one point, judge Mariah Carey glitter bombed the contestant.

The "American Idol" finale opened with group number featuring the Top 10 contestants singing The Wanted's "Glad You Came" to an audience filled with past "Idol" winners and contestants. Janelle Arthur took the stage with The Band Perry and the Top 5 "Idol" boys sang a medley with surprise guest Frankie Valli.

Mariah Carey finally took to the "American Idol" stage to sing a medley of hits, including her current single "#Beautiful."

In addition to Frankie Valli, there were plenty more celebrity cameos. Emeli Sande joined fourth runner-up Amber Holcomb to sing her hit "Next To Me" and Oscar winner Jennifer Hudson showed up to sing "Inseparable" with Candice Glover.

Angie Miller sang "Titanium" with Adam Lambert and then did a surprise duet with Jessie J. The singer then invited Miller to appear with her on tour.

The Top 5 "Idol" women also did a medley with Aretha Franklin via satellite. The special guests didn't stop there: Jennifer Lopez returned to "American Idol" and performed with Pitbull. 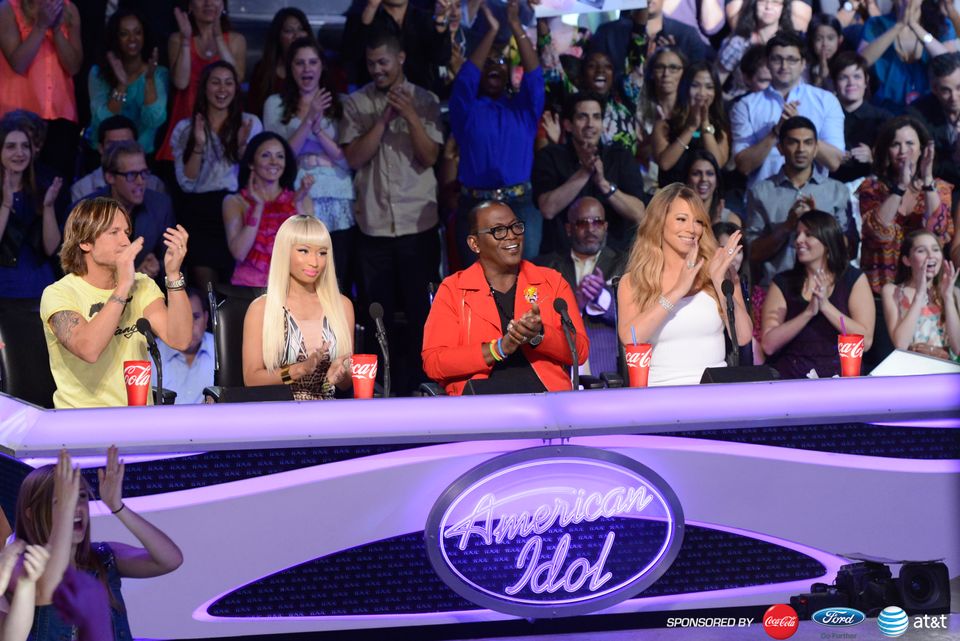