Adrian Leeds is an American in Paris, where she is a property consultant, journalist, TV personality (with 21 appearance on HGTV's "House Hunters International") and more. She is author and editor of the Parler Paris and Parler Nice Nouvellettres, author and editor of French Property Insider and of Adrian Leeds' Top 100 Cheap Insider Paris Restaurants. In her past, she opened the Paris office of International Living and continues to head her French Property Consultation team, as well as producing "Living and Investing in France" conferences and seminars.

Who was the young Adrian Leeds who grew up in New Orleans and went to New York to study at Fashion institute. How did she become a Parisienne?

Life takes you on many different paths, depending on the sign posts along the way. Sometimes they're not at all what you expect. Sometimes you have to go right to go left or back to go forward.

I graduated from the Fashion Institute but I never actually worked in fashion because I landed a job in advertising with Levi Strauss & Co. It was thanks to a man who hired a lot of bright young women very inexpensively and gave them a lot of responsibility. As a result everyone grew from that experience and I was fortunate enough to be a part of it.

Did that sidetrack a dream of working in fashion?

Well, I took a right turn because there was a job offering. And I discovered that the talent and interests I had in fashion design worked well in marketing and advertising. It wasn't all that different.

I did that for many years. In fact, I opened a marketing and advertising agency of my own which operated until 1994. But there were many things that came in-between: working in marketing, TV promotion, a radio sales job and media buying for an ad agency...and all the things it takes to pay your dues.

I'm not very good at working for other people. There are people who don't make good employees and I'm one of them. I don't know how to take directions, but I know how to give them.

Over all those years, I went to school in New York and I spent a year in Israel and then I lived in Tennessee for 14 years. 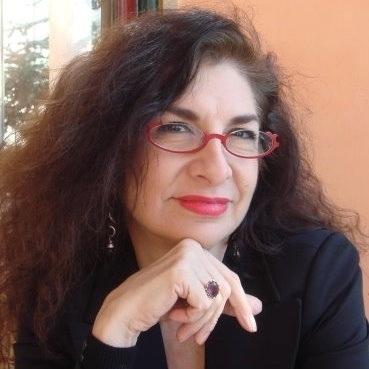 How did you land there?

Through Levi Strauss. There was one year in the middle of those 14 where I went back to Israel for a year. I returned to Knoxville and then moved to Los Angeles.

Was that a cultural change?

A huge one. That and traveling opened up a really big world. I was married then. In 1994 my ad agency business had gone to hell thanks to the recession and I thought if I wanted to make money I should do something I liked. So we moved to Paris for a one-year sabbatical and I never left.

I did leave my husband a few years later, though, and I found myself pretty much stranded with no money, an inability to legally work, a daughter to support, and a need to figure out what was possible in a rather hostile environment.

You were unable to work because of visa problems?

I had a visitor visa, which is easy to get, but it doesn't allow you to work. That was the trickiest part. I had to get creative and figure out how to work over, around, under, through and whatever it takes. The French have an expression--"System D"--that means to unfog, untangle or manage and maneuver. It's a way of life in France because the regulations are so cumbersome. If you don't do it you don't survive.

Was that an unfriendly setting for an entrepreneurial spirit like yours?

How did they help you?

After two years of trying to find work, I realized I was unemployable. It wasn't just because of visa problems: it was my lack of language skills; I was too old and too high-level; and I was just too American. We Americans do things differently, and I blew every interview I went to.

I started volunteering at an organization. There are a lot of Anglophone organizations in Paris. That allowed me to show what I could do and to meet people, who then opened up other avenues. I was willing to do just about anything to make money. So I started lots of crazy things because you don't know what will play out.

Really they all worked in one way or another and some lasted longer than others. As an example, I met a woman who was a web developer. We had an idea to sell an online restaurant guide to Paris. I spent a summer and wrote a guide and put together 50 inexpensive restaurants I liked.

We launched it and it was unbelievable how well it took off. It was the first online restaurant guide to Paris. It was sold until just last year; it has had three publishers. It was so successful immediately that we put together eight other online guides to Paris and sold all of them. That was in 1996 when the Internet was just beginning. It was a nutty idea that worked.

At one point I sold the guides to another publisher, took my guide back and then sold that to a different publisher. Finally I got tired of it and let it go.

I ultimately went to work for the web developer to establish accounts because I'd been an account exec in my advertising days. Going from advertising to web development wasn't difficult. And later I built my own web sites. So all those things kept adding up.

What doors did all that open for you?

Well, I was calling on accounts, and one was Berlitz. I went to see the director on the Champs-Elysées and we liked each other very much. I told her I had an idea to start a French-English conversation group, which was something I was doing at the organization. She said she thought it a brilliant idea and in one month we launched it. That was 1998. It was called Parler Parlor and it still meets three times a week today.

I'm no longer involved because I got too busy, but the group still meets. At that time, people were buying domain names and I bought Parler Parlor. Parler Paris was available and I bought that and I thought that maybe I could start a newsletter or something.

I started a communiqué under the Parler Paris name. I still write it, twice a week. It is one of the oldest online newsletters. I refuse to call it a blog. It has a subscriber base and it developed a community of readers.

How did you become involved with International Living magazine?

They held a conference here. As it happened, it was on Sept. 11, 2001. They were all here. They needed a speaker to talk about life in Paris. I did not speak but I recruited others and orchestrated the conference for them. That's when Bill Bonner, the founder, said, "We need you to open an office here."

International Living is a marketing-based publication and they taught me how to create a relationship with readers and develop a following and then to sell things. That's how it worked. I started a number of conferences and workshops called "Living and Investing in France." International Living's readers are people who want to retire overseas and they're looking for great places to move to.

I also started a travel writer's workshop for them, and a poetry one, both of which are still running today, although not run by International Living or by me.

I think I did about 30 conferences in the U.S. and in France over the years. It meant bringing together people who could speak. That did well and helped recruit clients. Readers wanted help finding properties.

Did the two years you spent scrambling to survive build your entrepreneurial acumen or was that your personality all along?

I didn't know any of this before, but when you get thrown in the water it's sink or swim, you know? You learn to swim and then you learn strokes. You build muscles and get smarter all the time.

The divorce I went through wasn't fun. I was broke. Really broke. It was scary was hell. I think I was stupid for staying, quite honestly. But I couldn't bear to leave. Emotionally I couldn't go back. By hook or by crook I was going to make it work in Paris. I joke that I'd rather be lucky than smart, and I still think that's true. But you have to recognize your luck, your opportunities. And I was awfully lucky in a lot of ways.

You appear to be very good at recognizing opportunities. Is that a fair assessment?

I'm a student of synchronicity. It's a term coined by Carl Jung meaning acausal meaningful coincidences. The more you're aware of them, the more you become attuned to them. Those coincidences can be the signposts to the path you're supposed to follow. I'm very aware of that.

One of the lucky things that happened when I was going through the divorce and was trying to decide whether or not to stay in Paris was that I was looking for an apartment to rent. I checked out every apartment conceivable. At the organization where I worked, a woman asked if I was staying or leaving. I said that if I could find an apartment I'd probably stay. She said, "I have an apartment." I said I needed a two-bedroom apartment for no more than 7,000 francs a month and she said, "My apartment is two bedrooms and 7,000 francs a month!"

I looked at it, the landlord was great and I said I'd take it. My friend said, "The only problem is that it's my daughter' apartment and she's in the middle of a divorce. I don't know if she'll have to sell it so we don't know how long you can live in it." I said that was fine because I didn't know if I was going to make it.

I moved in and two and half years later they said, "We're sorry but we need to sell the apartment." I asked for time to try to buy it and they gave me that. The experience of getting the money together to buy it and going through the mortgage process and all was what contributed to my property career.

The apartment has appreciated about four to five times what I paid for it in 2000. Because of that increase I took equity loans in order to purchase other properties. I ended up purchasing four others, each one leveraging the next. I just sold two of them, but I launched my personal property career with a small initial investment. It began with being in the right place at the right time.

How did you connect with HGTV?

They're always looking for contributors as the "agent." I did my first show in 2006 with one of my clients. In fact, I'm doing one now where we are selling the apartment that was subject of that first show we did together. I've done 21 shows.

Has that brought you notoriety?

Huge. I get stopped on the streets of Paris every day. It has been a fantastic boost to my career and it's fun. I didn't expect it.

Do you see yourself as a Parisienne now?

I can never be French. The only way is to be educated here. But do I feel like a Parisienne? Probably. But "American in Paris" is probably more correct.