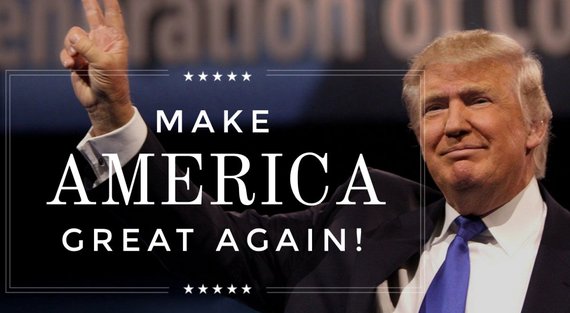 This piece was co-authored by Isak Nti Asare.

The media, which is considered the fourth estate for the position it holds in democratic functioning, plays a crucial role in the U.S.... or at least it is supposed to. According to Dr. JP Shea, the following comprise the media's purpose: informing the public of what is happening on a local and international scale, provoking public debates in order to encourage more public participation in important national decisions, uncovering abuses and applying pressure for their rectification, "aler[ting] and mobilizing public opinion to humanitarian causes and injustices," demonstrating political diversity by highlighting different views and approaches to issues, and keeping politicians in tune with public wants and needs as well as giving politicians a platform to express their proposed policies.

Shea goes on to explain that with this huge role comes many responsibilities, that include maintaining a distinction between facts and opinion, using only trained and professional reporters who know what they are talking about, and explaining issues without trivializing nor sensationalizing, among others.

In reading this description of what media is supposed to be, it becomes quite obvious to me that according to these standards American media is, for the most part, not doing its job. Instead, it often chooses business over humanity, drama over accuracy, and withholding of information over the uncovering of truth and exposure of injustice. To illustrate this failure, one can turn to a number of examples from 2015 alone but I will focus on two: reporting on ISIS/other terrorist groups and Donald Trump's domination of the press.

A CNN poll conducted in late December showed that 75 percent of Americans felt the US was "losing the war on terrorism" because they were "dissatisfied with terrorist attacks in San Bernardino and Paris." While they are probably right that America is losing the war on terrorism when it comes to quite a few other examples, why is it that Americans would feel most impacted by San Bernardino and Paris and not the shootings that took place every other day of the year, the terror attacks that happened in Beirut and Baghdad, or the terror of policing bodies of color with deadly measures? Data shows there were more shootings than days in 2015.

Why would Americans not reference Boko Haram, which is actually the world's deadliest terrorist organization, when expressing fears? Why would the majority of Americans not be displeased with the fact that in September police officers had killed 776 people since the New Year?

My answer to these questions, not entirely but, in large part is that the media has not done its job. They have over-sensationalized ISIS, giving this terrorist group the influence and power to instigate fear in Americans that it so desperately craves. They have virtually ignored other terrorist organizations and through reporting, or lack thereof, placed more value on certain lives than on others.

Don't get me wrong, ISIS is a relatively scary threat that is filled with radicals who will do anything to instigate more fear, but American media is actually helping them to do so. Giving a terrorist group ample airtime also gives them power to create more fear and further terrorize the citizens of the world.

President Obama spoke about this briefly during his State of Union address when he stated in regards to ISIS: "We don't need to build them up to show that we are serious." Take this as an example, according to Alexandra Sims, a writer for The Independent, ISIS takes "credit for any act of terrorism on Western soil, so that they appear bigger and tougher than they actually are" and, I will add, the media aids them in doing this. Moreover, one of the things we Americans continue to hear is how ISIS is "radicalizing" people in the West, but how would people even know about ISIS on such a large scale if it were not for our constant reporting on them? Think about it. The media is heightening and nourishing Americans' opinions against difference/diversity and encouraging them to arm themselves.

This brings me tangentially to republican presidential candidate Donald Trump and his incredible knowledge of Americans' deep-seated problematic fears that he loves to pander to. He also understands the seeming need for American press to report on what is most sensational rather than on what is most informative. CNN writer Dylan Byers writes:

By every metric, Donald Trump owned the news cycle in 2015. He was the most coveted interview of the campaign, and news organizations tripped over one another to book him on their shows. He received vastly more coverage on network and cable news than all of his competitors, gave more interviews, was the subject of more profiles, and had more mentions in print and online.

Does this adhere to demonstrating political diversity? Why should he continue to take over such a vast amount of space when much more important things are happening in the world? Drawing from President Obama's address once again I repeat his statement that "our public life withers when only the extreme voices get all of the attention" and his questioning of how we can "make politics represent the best of us and not the worst of us?"

Once again I ask, is the media doing its job? And with so many Americans using Fox News as their primary way of learning about the world, can anybody honestly say that such reporters are trained professionals who are presenting facts over opinion? I truly believe that the American people deserve better media that learns and remembers the role and responsibility it holds as the fourth estate. Not only do we deserve it, but the survival of American values and functioning also requires it.