The Presidential election campaigns in the U.S. have begun. Major candidates like former secretary of State Hillary Clinton and Senator Ted Cruz from Texas have thrown their hats into the fray. Once again we confront the challenge, what role can American Muslims play in American politics? 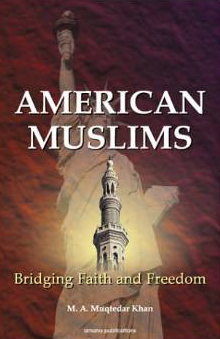 The growth of Islam in America, driven by migration and conversions, has created a diverse and multicultural Muslim community. While it is difficult to state with great confidence how many Muslims there are in the United States, most estimates vary between 3-6 million. In democracies anyway it is not just numbers that matters, but the number of people who are politically engaged and willing to participate with their activism and their resources that counts.

Composed of people from all races, and from nearly every country on the planet, American Muslims have rapidly become a microcosm of the global Muslim community. The politics of identity and identity formation that are shaping the American Muslim community cannot be fully understood until the internal diversity within the community itself is fully appreciated.

The two issue areas that have the greatest impact on the development and politics of the American Muslim community are religious development and political goals. The community has been very successful in building Islamic institutions like mosques and Islamic centers, Islamic schools, and Islamic societies for Dawah (religious outreach) and religious development of the community. In these endeavors they have succeeded to a great extent. It is very easy for Muslims from diverse backgrounds to unite and share resources to build a mosque, which is essential for all and can serve everyone equally to fulfill their religious obligations.

Islamic movements like the Islamic Society of North America (ISNA) and the Islamic Circle of North America (ICNA) are well developed and are serving their purpose amicably. Today there are nearly 2,500 Islamic centers and hundreds of Islamic schools that are all toiling to defend against the erosion of Islamic identity, as well as doing Dawah to sustain one of the fastest growing religions in the West.

But in the arena of American politics, American Muslims have yet to make an impact proportionate to their size and potential. In spite of the growth of the Islamic organizations designed for political mobilization and education, Muslims have yet to enjoy the fruits of political victories. All Muslim political organizations are consumed with combating Islamophobia and trying to build relations with local and federal government and their agencies. The impact on policy and politics is limited despite increased engagement by organizations like MPAC and CAIR.

Like its markets, America's political environment has very high entry barriers. These entry barriers are both external and internal in nature.

The external barriers are formidable and well-known. In the post-9/11 America, Islamophobia has gone mainstream and is marginalizing Muslims. There are powerful lobbies in the United States that seek to ensure that American Muslims do not gain a foothold in American politics. They use their existent influence to further undermine Muslim organizations. In the past few elections, Islam and American Muslims have become the favorite whipping boy of the Republican party. With every election comes new accusations and demonization of Islam and Muslims as politicians without integrity try to build their careers on the backs of Muslims.

Besides these well-known external barriers, there are certain characteristics of the American Muslim community itself, which have erected internal barriers to political cohesiveness and effective mobilization. The single most important barrier to political cohesion is the inability of the community to prioritize its political goals and evolve a widely accepted short list of political goals. American Muslims come from many parts of the Muslim world, and with the growth of the community many subgroups have emerged. The two biggest groups represent Muslims from the Arab world and from South Asia.

Each subgroup is attempting to organize itself to pursue parochial rather than the overall goals of the community. The Pakistani-Americans are the best-organized subgroup. They have as many political action committees as all the rest of the American Muslim community. While on purely Islamic issues, such as building mosques or Islamic schools, Pakistanis remain an integral part of the general American Muslim community, on political issues they have charted their own separate territory. One can understand that the political challenges that the Pakistan homeland faces affect Pakistanis more than other Islamic sub-communities. And clearly they have concluded they cannot afford to wait for American Muslims to become sufficiently powerful to deal with all political issues in which its subgroups are interested.

Given the turmoil in the Arab world, devastated by wars and civil wars, it will be difficult to bring all the Arabs and Muslims under one political banner. What are the common political goals of Yemeni and Egyptian Arabs today in the U.S.? How do we unite Pakistanis and Arabs while the leaders of their nations are hurling insults at each other?

If all subgroups pursue their own goals separately, they will not only weaken the American Muslim community as a whole by redirecting meager resources, but they will also prevent the emergence of a cohesive American Muslim community. The challenge facing American Muslims is the classic dilemma of collective action often exemplified by the game of stag-hunt. If they hunt together in a coordinated way they could snag a stag that would satisfy all their hunger. If they run after hares on their own, they may not catch it and even if they do it will barely satisfy the splinter group. If all subgroups cooperate in building strong political institutions of a unified American Islamic community, these institutions will serve as a public good that will serve all their interests.

A Hold on Parochialism

At present, many subgroups are reaching a critical mass that can enable them to have some rudimentary forms of separate institutions. The temptation to break away from the mainstream on political issues while cooperating on religious issues must be resisted in the interest of the larger community. If American Muslim leaders fail to prevent emerging subgroups from breaking away, they will become a community of communities rather than a single multiethnic and multiracial community.

The task of achieving political unity is difficult since there are many interests, sometimes even competing interests, within the community as a whole. It is going to be very difficult to get all Muslims to agree upon the same political goals. If during the coming presidential elections Muslim groups unite, they can not only combat Islamophobia together but also possibly have an impact on politics. But if they act separately, they will gain less and spend more.

In the long run, cohesive politics is not possible until all Muslims in America have the same identity -- American Muslim. As long as many of them continue to think of themselves as Arab-American, African-American, Pakistani-American and so on, the community will remain divided. However, it is possible for enlightened leaders to at least agree on one unified goal -- to strengthen the American Muslim community. A new organization, U. S. Council of Muslim Organizations, is seeking to achieve this goal. As and when we succeed in this, everything else will slowly fall into place as we wait for the next generation of American Muslims to grow up with a more unified and more homogenous outlook.

Coming to our original question, what role can American Muslims play? First they need to get their act together before they can play ball. Unite and then engage.