Mark Toorock's Washington, D.C., parkour gym is housed in an 1895 firehouse. He and his dog Winnifred P. Doggabits, Winnie for short, live on the top floor, and spend their days on the lower levels, teaching, jumping, leaping, playing and (in the case of the Toorock) attending to business or (in the case of Winnie) napping on the beautifully restored wooden floors. 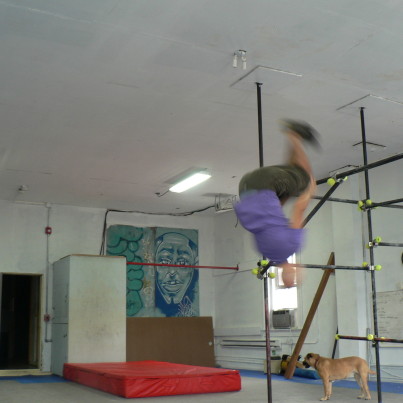 This unusual setup makes sense in the context of parkour, which, as Toorock explains, is an acrobatic discipline that is about finding unique ways around obstacles, both metaphorical and physical, and the "joy of exploring the planet, exploring ourselves."

"Parkour is not about doing it a way -- it's about doing it your way...Roam and explore yourself and the environment, that's what parkour is," he says. "And dogs." 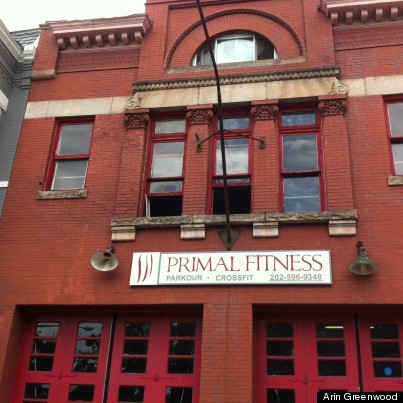 The firehouse's weight room used to be a stable; the first floor also has a big, graffiti-art-covered multipurpose room just behind the firehouse's big front doors, that on nice days Toorock -- a wiry guy looking younger than his early 40s, who's garnered much attention as one of the country's preeminent promoters of this relatively new sport -- likes to throw open. 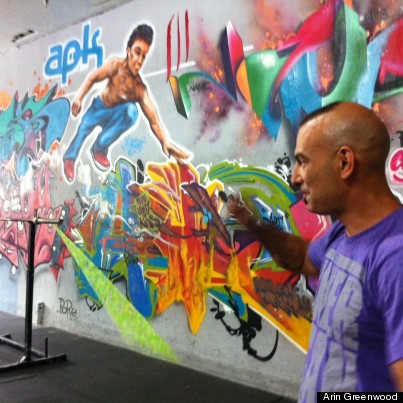 Up on the second floor are the American Parkour offices. In addition to the gym -- a little confusingly called both Primal Fitness and the APK Academy, less confusingly catering to kids as well as students up through their 70s -- Toorock manages a parkour community website, a pro team called The Tribe and a retail business selling t-shirts, shoes and snacks.

Up on the second floor you'll also find a room filled with mats and a sort of adult jungle gym on which students can practice the flips, leaps and jumps that make this scrappy sport spectacular to watch -- and for the not so bendy or brave among us, impossible to imagine actually doing. However Toorock insists anyone can learn, eventually, with enough practice and time.

Parkour originated as a somewhat anarchic outdoor practice in France (read about its origins and hardy practitioners in this 2007 New Yorker article).

When Toorock's facility opened about six years ago, it was said to be the only parkour-specific gym in the country. That's certainly not the case anymore, as the New York Times recently wrote:

“Parkour is definitely blowing up,” said Shem Rajoon, 27, an owner of Bklyn Beast, a parkour gym in East Williamsburg, Brooklyn, that opened this year. “I see it becoming something very mainstream.”

We are pretty confident that most parkour gym owners, however, do not monkey up a jungle gym to reach their personal living quarters, as Toorock does. From there he can help Winnie get up to the firehouse's top floor in a bucket: 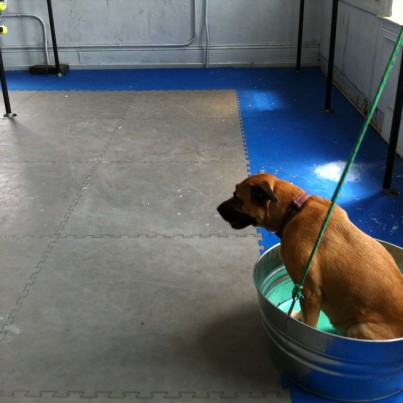 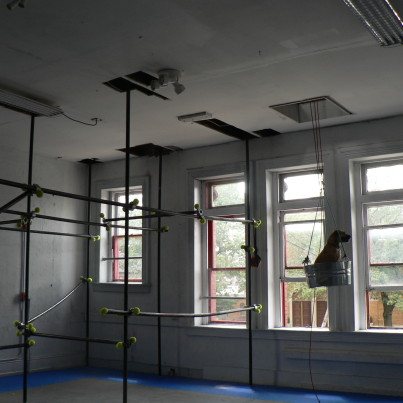 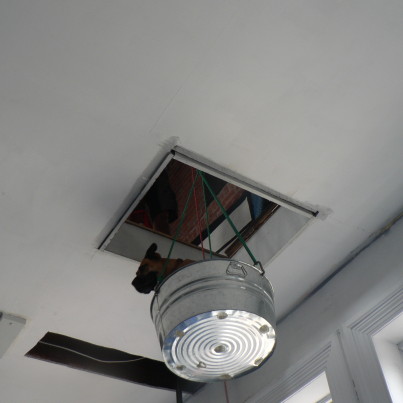 And still, there are challenges, some more difficult to overcome -- or leap over, like some kind of superhero, with a neat flip at the end -- than others. Toorock says he's tried his best to keep religion and politics out of his practice and business. "These things never serve as connectors, they're only dividers," he says. "And yet I'm here in D.C."