The Zen of an American Sniper.

There is a national tragedy unfolding before our eyes. Two Americans are dead and one is on trial for murder. I see so much pain and suffering. One of our most decorated soldiers was shot dead by another American soldier. Worse, it happened as he was trying to help another in his time of need.

It made me think.

I've been reflecting on my old friend Patrick, who like Chris Kyle, was a sniper in the US military. When I met Patrick, it was a time of relative peace, before 9/11 took us to war. At the time, Patrick confided that he had never actually killed anyone. He was committed to his duty and protecting his country, but he shared his honest doubt about what it meant to be a sniper.

I recall him saying to me, it's one thing to kill someone in the chaos of combat, self-preservation takes over. In that moment, you're not thinking just reacting. But as a sniper, when you stare into the scope, you see everything about the other person, his clothes, his face, his eyes. It takes the ultimate commitment to size up a person, take a deep breath, pause and pull the trigger. You literally have their life in your hands. You control whether they live or die.

It was then that Patrick confided in me. He said he thought he was ready to kill, but until he was actually looking down his rifle, about to kill another person for the first time, he didn't know whether he could. No matter how much training or commitment, in that moment, no one knows how they will react, he said.

It wasn't until then that I understood. Once you take a life, there's no going back. You are the one responsible for killing someone. You can tell yourself it was justified, but ultimately, you are the one that pulled the trigger. You take that to your grave. It's a heavy burden.

I'm pretty sure Patrick understood that, because he talked in a way that left an impression on me. There was a quietness and seriousness to him. There was no bravado, no ego. Just a resignation to the burden he carried. He knew what it meant to be a sniper. He knew the power he held. It's a level of consciousness and self-reflection that I hope all snipers have. 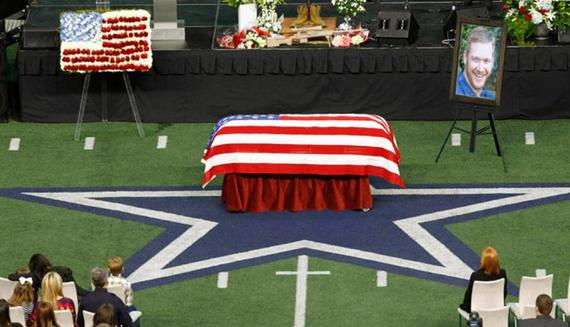 Which brings me to the tragic murder trial of Chris Kyle and his companion Chad Littlefield. Eddie Ray Routh has admitted to killing both men. In court, he pled not guilty by reason of insanity. The legal definition of insanity is the inability to tell the difference between fantasy and reality or more to the point, an inability to distinguish right from wrong.

The prosecutor will claim Mr. Routh murdered both men. The legal definition of murder requires an act of premeditation. To be guilty, Eddie Ray Routh must have had a moment of pause. He had to consciously reflect on his decision to shoot and know the consequences of killing Chris Kyle and Chad Littlefield. He had to know shooting them was wrong.

The idea of premeditation is very similar to the moment of doubt my friend Patrick was talking about, a deep moment of reflection. It is time to think about what you are doing. It's a moment of clarity, a moment of Zen. Is it right or wrong for me to pull this trigger? What are the consequences if I shoot?

We ask our military men and women to weigh that question every day. They defend our country and our freedoms. They volunteer to protect everyone of us and each other. In doing so, they are prepared to die for us. They are willing to make the ultimate sacrifice. Yet we still ask for more. We ask them to make the ultimate moral sacrifice too. We ask them to kill for us. Yes, it's in protection of our country and our freedoms, but it's killing nonetheless.

Which is why I hope we will all take a moment to reflect on this horrible tragedy. I hope we will pause to meditate on the heavy burden we are placing on every soldier. As my friend Patrick said, until you are asked to kill another person, you do not know how you will react. You can't know what it will do to you. Put in his circumstances, everyone one of us might be an Eddie Ray Routh. Someone confused and lost, because the rules of war are very different than the rules of peace.

Is it so hard to feel compassion for what that might do to a person? Wouldn't the contradictions be enough to drive anyone insane?

I do not know the circumstances of Eddie Ray Routh's combat tour, but whatever happened, he experienced real psychological damage. By all accounts he was suffering horribly as a result of his experience as a soldier. I believe we as Americans are responsible for his well-being. So, during his trial I hope we will not rush to judgement. I hope we will look to forgive and heal before we look to punish and put away.

It is not my place to decide guilt or innocence. A jury will decide the consequences of his actions. As I watch, my thoughts and deepest sympathies will be with the families of both Chris Kyle and Eddie Ray Routh. Understanding the burden our soldiers carry for us means taking a moment to think about the sacrifices they and their families make. Sacrifices which are leading to enormous pain and anguish. 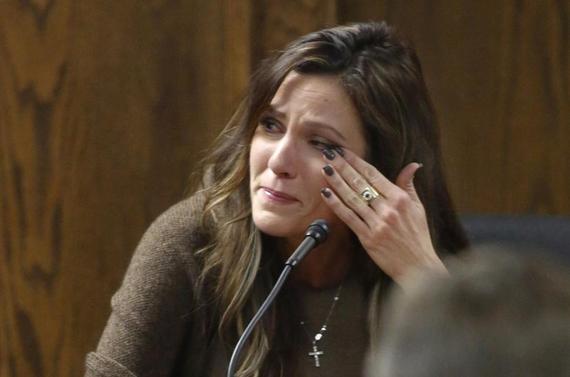 Ultimately, the question is not whether Eddie Ray Routh premeditated before pulling the trigger, the bigger question is whether we as a nation are premeditating on the consequences for our soldiers and their families. If we lose sight of what they are going through, we lose sight of who we are. Without premeditation, without thought, the person on the other end of the gun, or the accused on trial, becomes just an object, a casualty, a statistic.

Records and awards are not why we are fighting. Our measure of success should not be in how many we kill, but how much time we take before killing, because every bullet and every soldier is worth thinking about. With every decision to pull the trigger, someone's life hangs in the balance. We are fighting to protect lives and principals of individual liberty. Principals which ask us to take a moment to reflect. To think about compassion before confrontation, benevolence before belligerence, life before death.

So, in our hyper connected world where we never have enough time to think. I hope we will all take a moment to think about, Chris Kyle, Eddie Ray Routh, Chad Littlefield and all the other men and women who serve to protect our freedoms. Every one of them carries the burden of life and death on our behalf. We owe it them to take a moment, acknowledge their sacrifice, and wish them well. If not, we are the one's that will suffer the consequences.