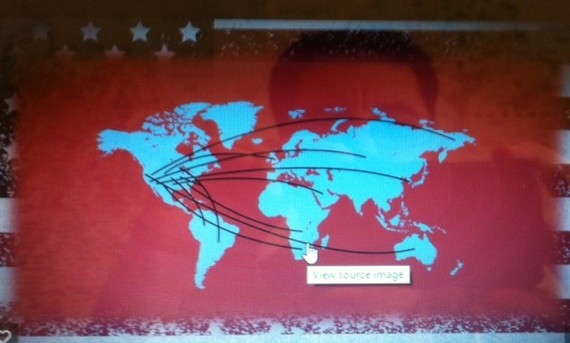 Among tragic failures of the 2016 presidential campaign is the fact that, amidst talk lately of sabotaged emails, sex banter, Clinton Foundation conflicts of interest and empty Trump philanthropic gestures, serious discussion of foreign-policy issues facing the United States is trivialized if raised at all. No wonder. Too many voters see foreign affairs as a remote reality from their daily lives.

Sure, we've heard passing mention of some international issues -- say, whether Republican presidential nominee Donald Trump means what he says (which his supporters say he always does) when he says that he might not rally the United States to help save an imperiled NATO ally if the latter isn't paid up on its defense commitments. And there's the issue of whether former Secretary of State Hillary Clinton left four Americans to die in Benghazi, as her critics claim (though thus far no bipartisan report has confirmed this).

We Americans only become riveted on foreign policy when it blows up in our faces: the Japanese assault on Pearl Harbor, which ended the United States' penchant for isolationism, even as the Battle of Britain raged while we looked the other way; the 9/11 terrorist attacks, which suddenly made us aware of the stupefying complexities of the Middle East; the barbaric ISIS atrocities, which arose when Americans and our leaders weren't looking; and, more recently, Russia's test-firing of three ballistic missiles in one day.

While the 2016 presidential election has proven more divisive than ever, foreign policy takes back seat in American voters' minds. It's been noted, with some accuracy, that we seem to have more hatred toward fellow Americans of different political parties than we do our real enemies abroad. With the ongoing turmoil in the Middle East, tensions in the South China Sea and Russia's increasingly assertive policy in the Mideast, I wonder if voters grasp the steep challenges awaiting our next president.

Consider the latest tensions between Russia and the United States. These reflect outright danger. One presidential nominee's fondness for Russian dictator Vladimir Putin only complicates these matters. On the heels of Russia's abrupt abandonment of a nuclear-security pact with the United States, Putin has decided to move nuclear-capable Iskander missiles to the edge of NATO territory in Europe. Is this a matter of military tactics? Preparation for forthcoming military confrontation with the West?

While Russia's movement of its sophisticated arsenal to Syria, including the advanced S400 missile system, raises serious questions, I also find alarming Putin's desire to reopen Russia's military installation in Cuba and Russian forces relocating to an arctic base near Finland. Also disturbing: ongoing talks with Egypt and Vietnam about reopening old Soviet military installations. Ironically, Vietnam seeks better relations with the United States as the shadow of China looms across the Pacific.

All this suggests that, despite its shattered economy, Russia is pressing ahead with its military strategy of not only challenging the United States but making it clear that it has a seat at the global-affairs table. No wonder Mikhail Gorbachev, last leader of the Soviet Union, argues: "I think the world has reached a dangerous point."

Yet do we, as voters, have any grasp of what's in store for U.S. foreign policy? Are we voting for a candidate who possesses a systematic understanding of complicated international affairs? Or do we very mistakenly believe such matters are simply addressed through strong talk? One is understandably troubled by Libertarian presidential nominee Gary Johnson's failure to grasp the role of Aleppo and inability to cite even one world leader worthy of respect.

The global landscape has changed dramatically following the collapse of communism. A young dictator in Pyongyang, North Korea, could well launch the world into nuclear catastrophe. A barrage of terrorism attacks in Europe is breeding more radicalism, both homegrown and foreign-born. And such terrorism is awakening sleeper cells in the United States to follow suit.

Foreign policy is just as important an issue for the American home front as the domestic economy, education, health care, the tax code, VA benefits, entitlements, infrastructure and energy security. So when foreign policy debates are limited during the presidential election season, we're left to wonder what will happen after one candidate prevails and some international crisis explodes. Events have a way of turning presidential candidates' views upside-down.

Recall when George W. Bush ran for office in 2000 and argued vehemently against nation-building? All this changed in a flash once he made the decision to invade Iraq. We're still paying the price for that today. Similarly, recall President Obama's speech in Cairo in 2009 in which he argued for the need to redefine America's relations with the Muslim world? Whoever advised him obviously failed miserably to consider the fragility of the Middle East's political prism.

I don't mean to criticize past and current presidents but rather to emphasize the challenges presidents face when it comes to what they want to pursue versus what the political reality on the ground is. Let's hope our next president inaugurates the White House with meaningful considerations and effective strategies to save the day. We could all pay the consequences for failure.