From big portions to even bigger cars, Americans have repeatedly caught flack for how much we consume.

A new study shows we're gorging on information, too.

The report by the University of California, San Diego, titled "How Much Information?" explores American information consumption and communication, and offers up some incredible calculations of how much information we take in, and where we get it.

Some highlights from the study:

Although technology has made us every more connected -- we can now get information virtually everywhere, on our phones, computers, TVs, in our cars, in elevators, and more -- the bytes of information we consume have grown at 5.4 percent annually, which is far less than the growth rate of computer and information technology.

Here are some charts from the study "How Much Information?" that present a breakdown of the source of the information we consume. 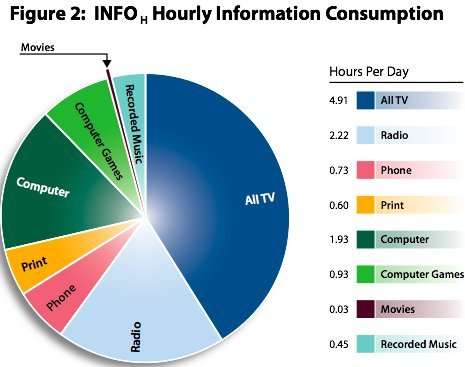 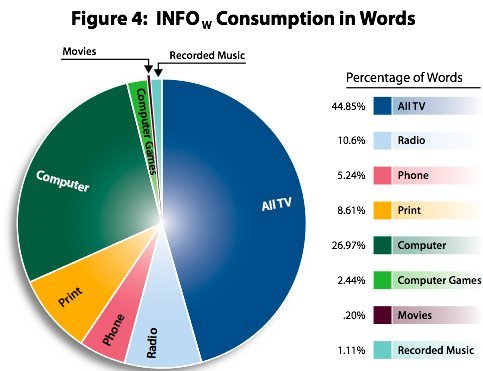 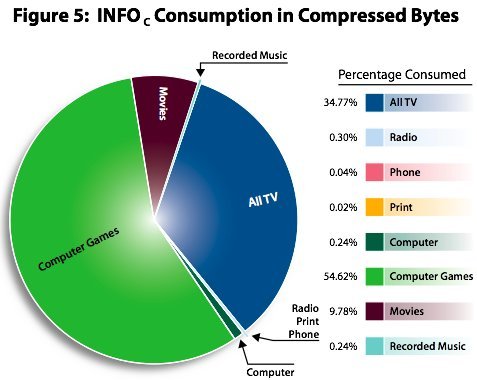 Read more about the study and download a full copy of the report here.